I’m Not Rich, But I Quit My Job To See The World 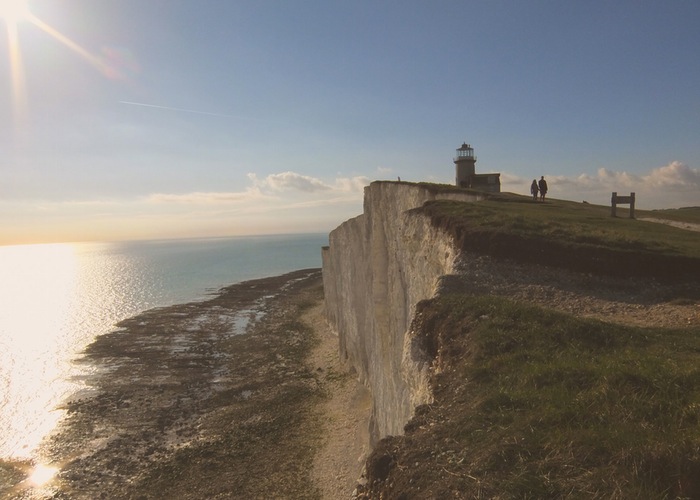 This article is a response to the recent posts “I Didn’t Quit My Job To Travel The World And It Was The Best Decision I Ever Made,” and “Why I Don’t Care That You Left Your High-Paying Job To Travel.”

Until I was 24 years old, I had never lived more than 40 miles away from home. Despite taking vacations, both nationally and internationally, with my family when I was younger, the only parts of the world I could honestly say I knew were a tiny suburb of Northern Virginia, where I grew up, and the city of Fredericksburg, where I went to college. Earlier in 2015, three days after I turned 24, I stepped outside of my comfort zone in a big way: I flew to Seoul, South Korea, to teach English for a year.

The three months I spent in Seoul were eye-opening in many ways. The other “foreign teachers” and I were worked into the ground. We stood in front of a class of children for at least 30 hours per week, which as any teacher in the United States or abroad can tell you, is no mean feat. We put in many hours outside of the classroom as well. Our planning time for classes was scaled back because of limited funding; we were expected to do more with less. It was all for naught in the end, because our school went bankrupt, and was not even able to afford to pay us for our last month there, so I had to leave South Korea and return home prematurely.

I am not part of the 1%, nor am I exceedingly privileged. I am someone who saved up, applied diligently to programs and truly wanted an experience unlike any others I’d had in the last 24 years.

And yes, that meant quitting a good job, but not only was it well-planned, but I left on good terms because my boss encouraged me to pursue this opportunity. More and more, it is becoming a possibility to travel extensively pre-retirement by studying or teaching abroad. Teaching abroad programs are demanding, and are not for the privileged looking to check out of their 9-to-5 lives.

I loved South Korea and, even though I had to leave early, becoming immersed in the culture was eye-opening, and humbling. When I came back to the United States, I returned with a knowledge that cannot be gained just from bouncing around a locale on a week’s vacation. In three short months, I was transformed into a critic of the world I had known since birth. Teaching abroad afforded me a way to see my familiar home in an entirely new light, and made me realize that we in the United States have a lot to learn from how other cultures conduct and live their daily lives.

But Seoul, like my tiny suburb, is just one part of the world, so I am off on another adventure soon. I’ll be teaching and living in Tetuoan, Morocco.

So, I guess I fall into the stereotype of the millennial who quit his job to travel the world. (Prior to traveling, I worked in government in Washington D.C. for over a year.) If you chose to view me under that stereotype, that’s fine with me, because I know that my privilege is in check. I understand that traveling is a gift, and not one that many get to capitalize on. But if you have the opportunity to do so, I believe in the importance of seeing what this world has to offer, and so does my current boss who not only encouraged me to live and work abroad, but even wrote me a recommendation letter for the school that subsequently hired me.

My boss imparted to me, through her own experience, the knowledge that in order to become your ~best self~, you always need to be seeking new challenges, taking the initiative to step outside of your comfort zone, and be willing to trust in yourself enough to know what kind of life you want to live. If your 9-to-5 hits all of those notes already, then far be it from me to tell you to do something else. But, personally, I believe that traveling is helping me gain knowledge that will help me, make me better at my job, and round out my education. And thanks to my boss’ wisdom and help, I am doing what I want to do.

Ultimately, I believe in doing what makes you happy. If society puts too much pressure on you to travel, or pushes the notion that you won’t amount to anything unless you slave away at a desk for 10 hours/day, then tune all that garbage out. I have enough foresight to know that the 10 hour/day desk life, while not inevitable, is likely in my future, and I am comforted by the fact that when I finish my travels, I will be a better employee because of my time abroad. And until then, I plan on living my life in a way that corresponds to my beliefs, and not to anyone else’s.

Alexander is a writer, yoga-enthusiast and avid reader. He is on Twitter.