How I Landed, Then Got Fired From, My Prestigious Dream Job 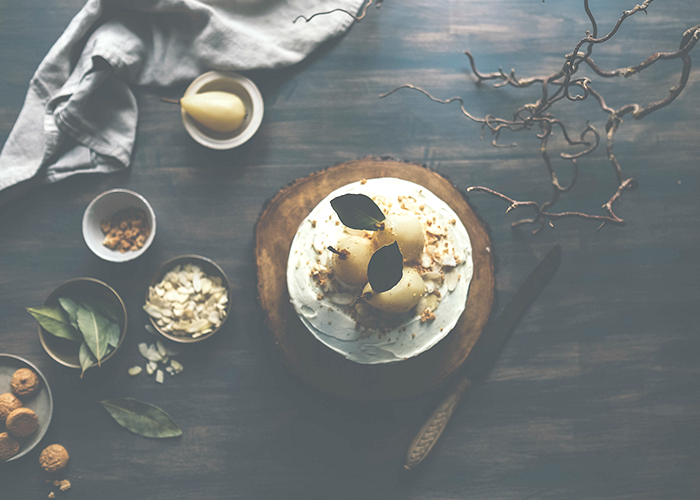 Last week on TFD, I read a post from another young woman who was telling readers to “F*ck Their Dreams,” because having very clear, fixed ideas about what you “want to do with your life” is more dangerous than helpful. I personally could not agree more, I also consider myself an example of someone who got the so-called dream job, and who lost it within two years, because I wasn’t able to transition from dream to reality. I had spent my whole college career planning for a job that I thought would be a certain way, and when I was confronted with the real job (spoiler alert: all work is hard and sometimes boring, even “dream work,” I didn’t rise to the challenge. So I thought I would share my story on how I landed that job, and how it slipped through my fingers like sand.

First of all, I had always dreamed of working with food in some way. My mother is an amazing home cook, the daughter of a professional chef, and she instilled in me early on a love of all things food and entertaining. I spent pretty much every night in the kitchen, helping her prepare family meals, and weekends were spent shopping for the next week’s groceries. I don’t have the temperament to work in a professional kitchen, and I learned that early on with some unfortunate restaurant experiences in high school and college, but I wanted to work in food.

Given that my “leisure reading material” when everyone else my age was reading Cosmopolitan or Seventeen were things like Bon Appétit and cookbooks, I thought about moving into the world of food writing/food marketing. I loved taking pictures, I loved presenting and styling food, and I loved writing about it. So I majored in marketing in college, with a minor in hospitality, and started doing everything I could to build out my résumé for one of these very-competitive jobs.

In college, I had two big internships, one doing assistant work at a big food magazine, and the other doing in-house marketing work (still as an assistant) at a niche food brand. I loved both jobs, but realized pretty quickly that just having these unpaid internships on my résumé, along with my good grades and the rest of my part-time work, was not going to get me the “job of my dreams.” So I went a third route, and started a big project my senior year of college.

It was a risky choice, but I picked a particular food brand I absolutely loved, and created a website for them — all about why I should work for them, and what we can do together. (I even spent a whole week making custom GIFs of me spinning around in circles with their logo.) I created social media accounts to go with the site and updated them regularly, and tagged the brand in my posts. For example, one day I would style one of their products to the level of one of their in-house Instagrams, and tag them in the photo, which would then link them back to the site via my profile, where I had the “Why You Should Hire Emma” page prominently featured. Once, the brand actually reposted one of my pictures, and a short while later, I got an email from someone on their marketing team, asking if I was available for an interview.

Fast-forward to six months later, and I was graduated from college, living in Brooklyn and commuting to my job in Manhattan, where I worked on the digital marketing team of this brand. I was earning just over $45k a year, I had tons of responsibility and great projects to work on, and I absolutely loved living in NYC. (I recognize that a lot of my love came from having enough money to actually enjoy it, but I nonetheless was in the honeymoon phase with the city.)

Unfortunately, though, that love of the city, and the impatient/excited feeling of being the suburban girl who got the big city job of her dreams led to a lot of going out, often under the guise of “networking” or “building my brand.” Given my job, I basically convinced myself it was my duty to take beautiful pictures of my expensive brunch for my personal Instagram, or photograph a new craft cocktail basically every night, or attend basically every food and hospitality industry event that landed in our inbox (and there was at least two of those a week, all offering free food and booze).

I remember the night before I was fired, I was out very late at an event hosted by a well-known, French-based liquor company (one of the biggest in the world) for the launch of a new product. It was in a swanky hotel downtown, and I remember talking for so long with someone from a food magazine that I didn’t get home until about 2 AM, because we had moved to another, more calm bar in the neighborhood after the party. It was a Wednesday night, and the next morning I had an 8:30 AM meeting about a big campaign, which I totally missed. It would be the second meeting I had missed that month, and one of several in that year. I knew walking in that I was in trouble, but when I was asked into my boss’ office, I admit I didn’t expect “the talk.”

Let me just say here that I did not go quietly into that good night. I cried, I defended myself, I pleaded, I panicked, It was ugly. But as my boss calmly laid out what I had been doing wrong — showing up late/tired/out of it, not following up on the more tedious parts of the job, not being diligent about deadlines, etc — I realized the truth: I was in this job for the fun and creative parts, and the rest of it, I didn’t take seriously. I treated my dream job like a dream, and not a reality. I thought the job would just be like the website I made in college, ie only very satisfying and exciting parts. I didn’t realize that being just as anal retentive about my emailing and calendar management would be another huge part of it.

Luckily, my boss was kind, and understood that it was first-job mistakes, and so she gave me a glowing recommendation for my second one. It took me four months to find it, but I landed one, and I take it very seriously. I go out a lot less, I am a lot smarter with my budget and time, and I am the person who crosses every T and dots every I, because I learned the hard way what happens when you don’t.

From the experience, I would recommend to anyone who has a “dream job,” like the author of that article, to remember that even if you do land it, the story doesn’t end there. It’s easy to get so wrapped up in the idea of what you are doing, and feel so satisfied with everything working out the way you wanted, that you stop taking seriously the actual day-to-day demands of the job. Living in a dream, professionally, is dangerous, because there’s no job that won’t involve hard work and sacrifice, and defining yourself by what you do leads you to make a lot of bad decisions in the name of “being the person who does your job.” I had a lot of mental images about who I was, and none of them were true in those first two years out of school. Now, I take myself and my work more seriously, and I feel much more comfortable in my position.

It’s not a dream job, and that’s a good thing.