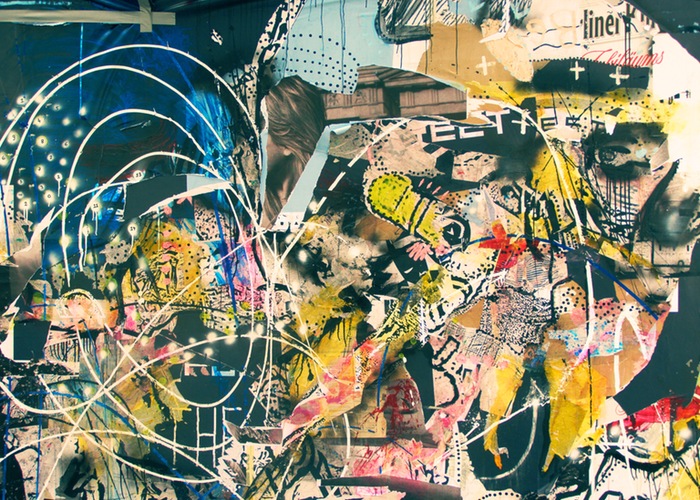 I live in Berlin, Germany. After graduating in 2013, I moved to Potsdam (a small town just outside of Berlin), then moved into the city proper in the summer of 2014.

I work as a freelance copywriter, photographer and designer. My work runs the gamut from editing German to English subtitles, to designing websites, album art and even a cookbook.

When I first moved to Germany, I worked as an au pair for a family right outside of Berlin. Because my host family covered most of my major living expenses (housing, meals, health insurance), working as an au pair was a great, affordable way to have an immersive experience abroad while investing – literally and figuratively – in my future. I found my host family through AuPairWorld.com – essentially eHarmony for au pairs – and the entire process (signing up, contacting matches) was free.

As I neared the end of my au pair experience, my original plan to move back to the U.S. paled next to my desire to stay in Berlin. Because I have a background in writing and design, I discovered I was eligible for Berlin’s freelance “Artist’s Visa,” opening up the possibility of spending at least another year (sorry, Mom!) in Germany.

In general, my monthly expenses are limited to rent, health insurance, taxes, groceries, transportation, and my pre-paid cell phone plan. Although prices seem to be going up in certain neighborhoods, rents here are still very inexpensive – especially when compared to those of other world capitals. Depending on the neighborhood, a 60ish-square-meter apartment will be about 500-750 euros (plus a little more with utilities). That being said, most young Berliners – including yours truly – live in large shared apartments (Wohngemeinschaften) or with at least one roommate, cutting down the cost of living considerably (on average between 250-500 euros per month).

Because I am a) a freelancer and b) not a German citizen, I am not eligible for public or private German health insurance. As such, I have private European insurance – which in some cases is actually less expensive than the German equivalent – but my coverage is also less inclusive. As a freelancer, I also put aside a certain amount of my earnings every month for tax purposes.

Groceries are fairly cheap in Berlin, and there’s a strong cultural emphasis on home cooking, so I’m generally able to keep my monthly food budget to a minimum. There’s a Turkish market open every Saturday with great produce and incredible deals – my crowning achievement is a box of 25 avocados for 2 euros – so I try to buy most of my week’s groceries there and supplement when needed.

Berlin has a rich, diverse culture, underscored by its wonderfully laid-back personality. With reunification and the fall of the Wall still fresh in the minds of many Berliners, there’s a concerted effort to honor the city’s cultural heritage while welcoming an influx of new, exciting voices, thanks to an emerging international population. To that end, Berlin is a particularly Anglo-friendly city, with English spoken side-by-side with German in cafés – often in the same conversation. As a non-German speaker moving to Berlin, this was a blessing and a curse.

The lifestyle here is also remarkably relaxed. Although Berliners certainly do not lack for passion, they also take great joy in life’s simple pleasures: spending the day by a lake with your friend(s) and/or dog(s), grilling with your friends at Tempelhof (the abandoned airport turned park), sitting on the river bank as the sun goes down. And because nearly everything is closed on Sundays, there’s an incentive to slow down and take the time to appreciate and cultivate the relationships in your life.

Despite the proliferation of English speakers in Berlin, so much of daily life in Berlin is conducted in German. Part of the reason I became an au pair was to learn German, but when I arrived with only a handful of words and phrases, filling out government paperwork and even simple interactions with taxi drivers or shopkeepers were challenging. I love the German language for its specificity, but trust me when I say that you aren’t going to find German bureaucratic vocabulary in an A1 textbook!

When I first moved to Germany, I lived in Potsdam – a beautiful, historic town with less urban spaces and a more family-oriented demographic – so it’s hard to evaluate my culture shock in terms of Berlin; by the time I moved here, it already felt like home. One thing I distinctly remember being surprised by, though, was the acceptance – and abundance – of public nudity. I think Germans have an exceptionally progressive attitude towards human sexuality and body positivity, but I can’t deny being taken aback initially by the sea of nude old men sunbathing in my neighborhood park!

By far the greatest challenge as an American moving abroad was Germany’s infamous bureaucracy. Even beyond the visa process, nearly every facet of German life – from finding an apartment to adopting a pet – comes with a neat stack of paperwork and requests for personal references, or bank statements (and often both). My German host family helped me handle these obstacles initially, but when I moved into Berlin – technically, a “new” city – a year later, I had to start all over. My German-speaking friends were invaluable assets in this regard.

I think every recent grad struggles with making friends in a new city, but I remember feeling particularly back at square one. Without a cohort of recent liberal arts graduates or co-workers to hang out with at the end of the day, I found that I had to be more social and proactive about meeting people than I had ever been in my life. And to be honest, I still find it difficult to maintain the same kind of relationships here that I had in college, especially given the transient quality of the city.

Do it! (Okay, well, don’t just do it.) While I have so much love for my city and have definitely encouraged a number of people to move here, the serious considerations and challenges that come with moving to any city – especially one on another continent, in another culture – should not be underestimated. I was fortunate to have built a foundation for my move to Berlin during my year in Potsdam, but I can imagine how much more complicated the visa or apartment-finding process would be when taken on from abroad. So if you are thinking about moving here, really do your research (there are a number of great expat resources online) and consider visiting beforehand to determine if you’re ready to make the big move.

Oh, and start brushing up on your German (even an hour a day on DuoLingo is a great start!). I found that a limited vocabulary and, more importantly, a willingness to try, try, try made a world of difference.

Under the Schengen Agreement, Americans can spend up to 90 days in Germany without a special work visa. As such, it was easier for my host family and me to apply for my au pair visa together after I arrived in the country. In general, if you have been hired to work for a company (or, in my case, a family) in Berlin, they will help make sure you have all of your ducks in a row. My initial au pair visa cost a little over 100 euros (covered by my host family) and only required a few hours’ wait in the immigration office to have everything officially notarized.

As a freelancer, the application process is a little more complicated – especially if you’re coming from States. In Berlin, there’s a specific work visa for self-employed people in creative industries (commonly referred to as the “Artist’s Visa”). To be eligible for this visa, you have to present a portfolio of your work, valid German (or European) health insurance, letters of intent (from potential clients) and recommendation (from past clients), bank statements, proof of residency in Germany, and a detailed plan for sustaining yourself financially. Each individual visa specifies what type(s) of freelance work you are allowed to accept. While I was advised to bring around 100 euros to my appointment, my freelance visa ended up costing only 35 euros.

Even before I made the decision to stay in Berlin, I was approached with opportunities to pursue unpaid creative work in my free time. These side projects helped build my professional portfolio, while one in particular – redesigning a friend’s cooking blog – provided an introduction to other potential new clients, including a company I still do a lot of work for today. I hired an immigration lawyer to help me organize my application, and she was instrumental during the highly official, all-in-German interview with the immigration office. Despite my nerves, I left the Ausländerbehörde with my two-year Artist’s Visa in hand.

It continues to surprise me how far your money can go here. Because a night out on the weekend usually entails picking up drinks at the local Späti (approx. 1.50 euros each) and exploring the city by foot, I spend so much less going out here than I would in the U.S. Berlin was once famously referred to as a city that’s “poor but sexy.” From my experience, that just means you don’t need a lot to afford a high quality of life.

Ellen is a 20-something expat in Berlin, Germany. You can find gratuitous photographs of her travels (and all the little dogs she meets along the way) on her Tumblr, Instagram, and website.