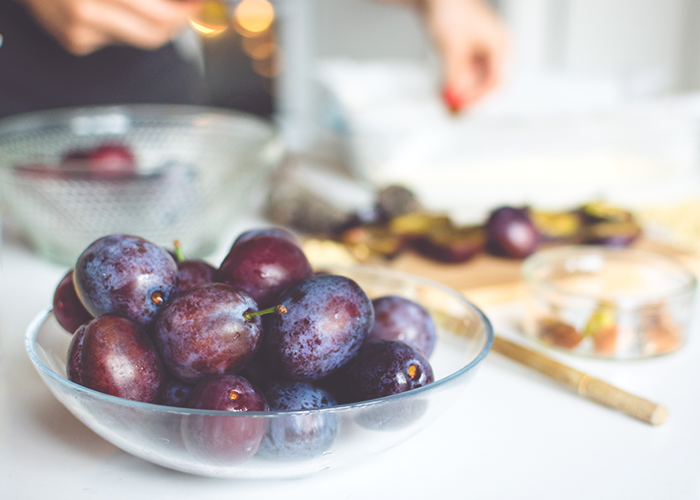 As a newlywed couple living 22 miles from the nearest Costco, my husband and I weren’t about to cough up $60 for a Costco membership despite the allure of lower prices on groceries and gas. But when my mother-in-law generously gifted us the money to pay for the membership, we figured we had nothing to lose.

Once we drove out to Costco and got our membership set up, I realized there were some downsides. We didn’t have to pay for our membership, but we feel obliged to use it. But to use the membership to our advantage, we had to figure out some solutions to a few problems.

For one thing, the nearest Costco is about 25 minutes away from us — if there’s no traffic. Considering that a local grocery store chain, Whole Foods, and Target are all just minutes away from our apartment, it seems like overkill to drive all the way out the suburbs just to save a few cents.

Another problem that soon became evident was that Costco’s draw is buying in bulk at cheaper prices, but as a two-person family, we don’t *need* to buy in bulk. My husband is great at budgeting and figuring out exactly how much food we need to buy for meals, but still, buying four months’ worth of quinoa is hard to stomach at the cash register.

The final blow was learning that Costco only accepts Visa credit cards in store. This means that I can’t earn points on my MasterCard credit card when we buy hundreds of dollars of groceries at Costco. Because we’re saving up for a honeymoon and trying to pay off credit card debt, getting those extra points on my credit card is too important to overlook.

Luckily, after two trips, we figured out some ways to make Costco work for us.

1. Do a walk-through before shopping.

My husband has developed an extensive spreadsheet of groceries we need, so he has a pretty good idea of how much our staple grocery items cost. Before we shopped at Costco, he first walked through the store and wrote down the quantities and prices of various items. Then he compared Costco’s prices to our usual grocery stores and figured out what we should be buying at Costco and what was actually cheaper elsewhere.

We decided to only go to Costco once or twice a month. It doesn’t make sense to drive for an hour just to get eggs for a few cents cheaper; it does make sense, though, to stock up on groceries we need for the month and then stick to our normal grocery stores for items like milk, eggs, and fresh fruit.

3. Pick the right time and day.

We are also more strategic about the day and time that we go to Costco. It doesn’t make sense to go to Costco during rush hour — it’ll take us too long to drive there and back. It’s also stressful to go on weekend afternoons, because the lines are longer, and I honestly can’t deal with being surrounded by so many people. We try to go before the afternoon rush on Sundays or in the mornings during the week (yay flexible work hours!) to minimize our time driving and waiting in line.

4. Figure out when perishable food is delivered to the store.

We found out the hard way that by the time Sunday rolls around at our Costco, the fruits and vegetables are on their way to the dumpsters. The bananas and salad we bought on Sunday went bad in a week (they lasted twice as long when we bought them on a weekday), costing us money and time, because we had to go to another grocery store and pick up more. Figure out when fresh food is delivered to your Costco, and avoid buying perishables if the food looks like it’s near death.

Just because the Costco sheet cakes are super good and relatively cheap does NOT mean you should buy one just because. (Wow, do I miss college life.) As with any other store, we’ve learned not to be tempted by the siren songs of Costco’s low, low prices.

By far the best Costco hack we’ve figured out is a way around its Visa only policy. If you buy Costco gift cards online, you can pay for the purchase with any major credit card. This means I can buy the Costco gift card on my MasterCard, get the points, and then use the Costco cards in store.

The bottom line? If we hadn’t gotten the Costco membership as a gift, I doubt it would have been worth the $60 a year for a two-person household. But we’re figuring out how to make the most of the opportunity.

Carolina is a copy editor by day and a freelance editor by night. She also writes book reviews about whatever she’s reading. You can follow her on Instagram and Twitter.