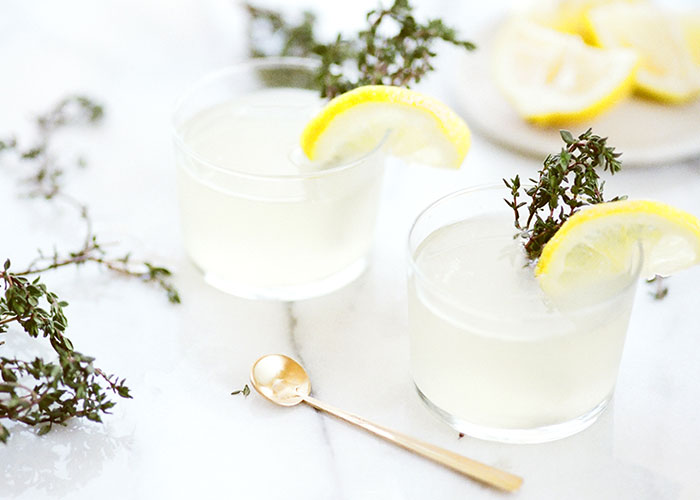 Does not drinking as a student really save you that much money? Of course it does, right? It must do! Not buying alcohol cuts out a huge expense in a student’s budget, it’s true, but overall, is that cut quite as influential as it seems? I’ve just completed the first year of my student journey without touching a drop of alcohol, and while I’ve definitely saved something, I haven’t moved mountains.

Here in the UK, we have a Europe-wide reputation for being heavy drinkers. Our legal drinking age is 18, which means many people actually start drinking at about 15. Considering that every university student is legally old enough to drink from day one, and are usually pretty seasoned drinkers by then, almost every social event available for students includes drinking. Fresher’s week has a reputation for involving tons of drinking. I heard talk about a friend of a friend who spent the entire of his student maintenance loan for the school term — the exact number varies from person to person, but would almost definitely be in the thousands — in this one week alone, just partying. He survived the rest of the term hopping from random event to random event just eating the free food provided, or so the story went.

My friends who drink estimate spending between £10-25 (about $15-30) a week on drinking and nights out, although they say they’ve seen people spend £50-70 (about $65-90). This seems to be a fairly common estimate for UK students, and on the conservative end of TFD’s informal survey of people’s alcohol expenses — you can always count on students to do things as cheaply as possible. Most of the money goes to pre-drinks from supermarkets; most students aren’t frivolous enough to buy more than one or two drinks at the bar or club anymore (unless they’re doing two-for-one shots, of course). There are also entry costs to clubs to consider (although often pretty negligible, it can add up), and don’t underestimate the cost of the drunken 4 AM takeaway — not to mention the less financial, but far more painful, cost of a major hangover the next day. In fact, if your hangovers are particularly bad, you could be losing a lot of precious man-hours groaning in a bathroom. How many classes have been missed because of ill-advised nights out, and what might that do to your overall grades? Most students are more responsible than I’m making out, but still, there’s that percentage who spend enough money on alcohol and miss enough early-morning classes that it makes me wonder if the degree they get in the end will ever make up the cost.

For various personal reasons, I’ve never drunk alcohol or wanted to drink it, and going into university, I continued to feel this way. I expected to be the richest student in the history of students. I could be saving myself £100 a term, easy! I was so hyped about how much I was saving, I started planning to hire out the National Marine Aquarium’s Shark Room for my 21st birthday (A truly terrible financial idea, but still kinda in the cards, not gonna lie).

But the thing is, an alcohol budget really isn’t any different from a general leisure budget. There’s debate among my drinking and non-drinking friends over whether we’re actually spending less than them by not drinking. One teetotal friend, after seeing how much my drinking friends spent a week on drinking, said she felt she should factor an extra £15 into her weekly budget as “treat yo self” money, because clearly that was a slice of the average student budget that she ought to be exploiting. Then, another friend pointed out the time she spent £50 in The Body Shop — a particularly frivolous spend, considering that her grandma works for The Body Shop, and regularly sends her all the products she needs for free.

In my case, I have managed to refrain from expensive shopping sprees all year (and I deserve a big gold star for that), but as a result of not drinking, I’ve had to find alternative ways to spend my free time and enjoy myself. I’ve taken up baking, which means weekly ingredient shopping, and started jogging, which required some gear

(although I permanently borrowed sports leggings from a friend who bought them optimistically, and then had to come to terms with the reality of medical students’ schedules). I try to refrain from coffee shops and meals out, but I have frequently turned to them as places to hang out with friends, since I’m not hanging out in bars or at parties. Of course, that’s not to say you can’t hang out at bars and parties without drinking — I’m sure lots of people can, but for me, I just can’t handle having to watch the end-of-night shambles while sober. What I’m saying is, cutting out alcohol leaves a vacuum in the leisure sector of your life — and for students, a particularly gaping vacuum — that generally has to be filled with something, be it coffee shops, new hobbies, or soft drinks at those bars.

However, while cutting out alcohol doesn’t reduce that £15-25 “drinking budget” down to zero — since you’re gonna be spending that money on other leisure activities — you have to remember that as leisure expenses go, alcohol is not a cheap option. Soft drinks and baking supplies are not as expensive as a drunken night out. And for students, the pressure to drink a hell of a lot every time you go out and get as drunk as possible usually dials up the cost. Being immersed in this drinking culture, in a place where almost everyone around you is drinking regularly, and where drinking is one of the only ways of socializing on offer, can make it really hard not to overspend on alcohol. It’s harder to overspend on cookie dough (although not impossible).

(And all this is not even going into the health problems that the kind of excessive drinking that’s so normalized among students can lead to, which a lot of research suggests is going unacknowledged. One organization claims that it’s possible to exceed healthy alcohol intake for as little as £2 or $2.50 a week, so even if you’re drinking cheaply, remember there are other concerns to take into account.)

In the end, it’s hard to tell if I’m spending a lot more or less overall than friends who drink. A lot of them save the money they want to spend on alcohol by buying less expensive food, or cutting back in other ways. If I was savvier, I probably could end up cutting that full £15-ish a week that I’m not spending on alcohol out of my weekly budget completely, but there’s always some alternative activity to spend it on, and believe me, student life — like any kind of life, really — gets pretty grim if you cut out leisure and/or socializing entirely. Everyone is different, and everyone adjusts their budgets according to their own lifestyles and priorities. As students, my peers and I are all pretty much broke, and there’s no one quick-fix for that. But try not to let the drinking culture of university (or wherever you live) allow you to blow out your budget five nights a week out of sheer peer pressure. Keep an eye on what you’re spending, and think about if it’s really necessary to have that many drinks when you go out; maybe consider doing a “dry January” or another sober month to see what you can save. And remember, if you don’t feel like drinking, don’t let yourself be talked into it — you just do you, and you’ll find can have a fun student experience on your own terms: ditch the stereotypes!

Elise is a first-year survivor studying English and creative writing at Plymouth University, England, and trying to save enough to buy a tiny one-bedroom flat someday — every millennial’s dream.