My Husband And I Split Our Finances (But Kept The Marriage) 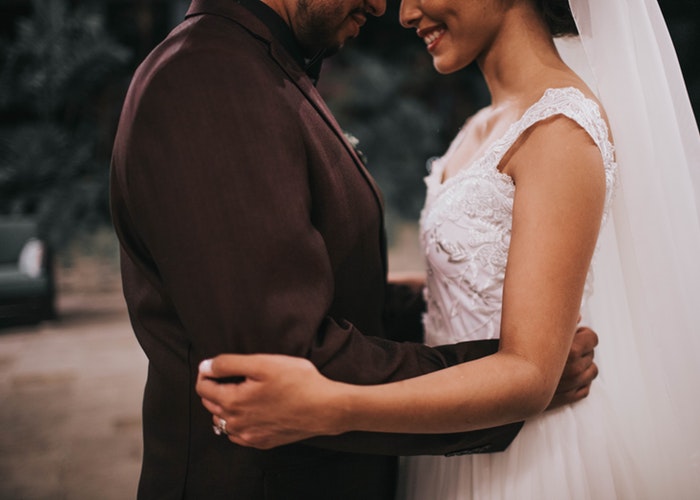 The month after marriage was a whirlwind. There was changing my name on official documents, updating our address to our new residence, and besides all this, merging our finances. Merging bank accounts was the task I thought about the least. It was also the simplest to complete. Dumping our collective money and debt into the same banking bucket? That’s just what married people do, right?

I’m ashamed to admit it wasn’t until three and a half years later — and countless arguments over money — that I even considered an alternative. I grew up in a household where my family shared everything. I had a front-row seat to the triumphs and tribulations of running a household. My parents were not perfect with their money, often succumbing to anxieties carried from their own modest childhoods, but overall, they shared a similar vision. They were each frugal in their own way. My mom searched every store in our small city for the best deals, and my dad researched for weeks, sometimes months, before making a purchase. They bought used vehicles, shopped for bulk groceries, maintained their own vehicles, and found new wardrobes at thrift stores.

Leading up to our wedding date, my fiance and I threw out the rule book when it came to planning a traditional ceremony. We reveled in modern choices like creating a joint last name and writing our own vows, and we rejected the idea of either one of us being “given away.” I was proud of what we were building: a thoroughly modern marriage for a modern age. However, the fresh objectivity that we used to approach our wedding did not carry over into our legally binding life together, at least financially.

So, we got married. We joined our accounts. We fought. Three years in, we were still fighting. We were so bored of fighting, but we could not stop fighting. And it was always about money. We did an all-cash budget for a year — that helped.

We went to therapy and read books — that helped. Still, the tension persisted. Finally, I called my sister, and she asked, “You are always fighting about money, why don’t you split your finances?”

It was such a simple solution, but such a foreign one. It had never even crossed my mind. However, that’s exactly what we did. With an urgency spurred on by every money-related argument we ever had, we made an appointment with our bank that same week to split our accounts.

When our finances were combined, we both felt a lack of control and resentment that our own financial strategies were not being put to full effect. With our finances separate, we finally have the autonomy we’ve been craving since we said: “I do.”

Joint finances still work for my parents, and it works for my sister. It may even work for you. But it does not work for my husband and me, and that is okay.

The point is, like relationships, everyone’s money is different. Some of the things that might work for most people aren’t always going to work for you. Ultimately, you have to do what’s best for your own situation and for my husband and me, the answer was simpler than we thought.

Natahna Bargen-Lema is a kind and curious writer from Edmonton, Alberta interested in the complexities of identity and relationships from a feminist slant. She writes poetry and posts selfies at @natahnathemadonna on Instagram and has a self-published book of poetry entitled Modern Madonna coming in spring 2020.