How I Confronted My Roommate About Her Annoying Spending Habits 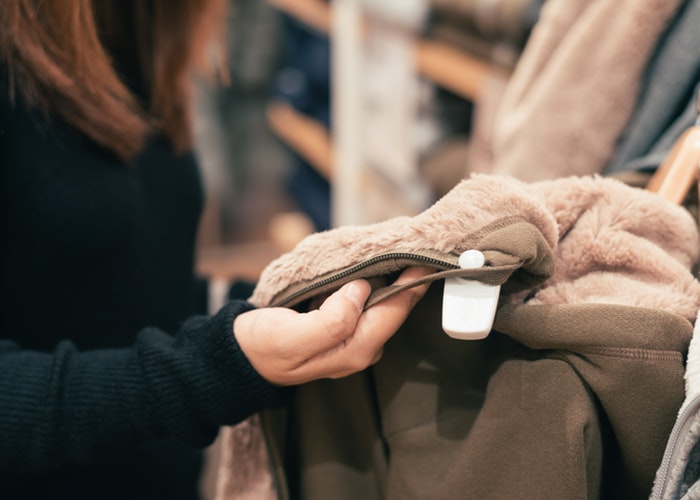 For one reason or another, people always warn you about living with friends. The person you drink with on a Saturday night, vent to at the office, or run to with relationship problems might end up butting heads with you over cleaning duties, bathroom time, or noise complaints. But after rooming with a few different friends, I never considered that we might also butt heads over finances.

When I moved in with a friend of mine, I knew she was a spender. She would indulge in a bottle of wine during Restaurant Week or celebrate a birthday at a 5-star restaurant in Gramercy as special occasion splurges — I never thought much of it. So when we decided to move in together, I figured agreeing on an apartment budget would be the toughest money talk we would ever have. We went slightly over budget for the apartment we ended up renting, but that seemed pretty standard for the New York City market where brokers constantly tell apartment hunters they’ll “never find anything in that price range.”

I started to notice what seemed like red flags.

In the first year in our apartment, my roommate, who we’ll call Francesca, changed jobs twice and began making almost twice as much as I did. I watched her take Ubers everywhere, spend twice as much at our local grocery store, shell out for bi-monthly manicures at posh salons, and seemed to always come home with candles, pillows, or seasonal decor we didn’t need. Later, I found out she was in credit card debt—not because of student loans, medical bills, or an unexpected emergency, but because of overspending.

As I watched her continue to spend, I felt like I was witnessing a friend self-sabotage their finances. I became a bystander to someone I care about making decisions that, while exciting and satisfying in the moment, I knew would hurt them in the future. On the other hand, who am I to tell someone how to spend their money? However, I wondered what would happen if this excessive spending impeded her ability to pay our rent. I most certainly couldn’t afford to spot us both. Ultimately, I didn’t know how to bring up the conversation, so I left it alone and figured as long as she was paying her share of expenses, it was none of my business.

We needed to have a conversation.

But then I realized: Some of Francesca’s lack of budgetary awareness directly affected my own spending. For example, she went through household supplies quicker than I did, because I tried to be super frugal about how much toilet paper or paper towels I used. A more expensive example: One summer she kept the air conditioning on 24/7, and our ConEd bill tripled.

If I didn’t want to break my budget, I had to tackle the uncomfortable topic of how our differing spending habits affected my finances. One day we happened to be broaching the subject of bodily functions — as close friends do — and I decided to use that as my in. I lightheartedly shared how I’ve adopted a “three-sheet” TP policy since my roommates and I enacted one in college when I was even tighter on money than I am now, and I expressed that our household could benefit from instituting the same guideline, along with rationing other household items more closely, too. She owned up to using more paper goods and such, and now never hesitates to pick up extra, even if it means doing so more frequently.

When our massive electric bill for the air conditioning landed in my inbox, I forwarded it to Fran (like I do every month to assure her I’m not inflating my Venmo request for her share) and noted the huge jump in the total. I pointed out that I’d barely turned on my unit and suggested we always shut off the AC when we’re not home in order to keep future costs down. She acknowledged that I hadn’t been keeping things as cool and offered to pay a larger portion of the monthly electric bill.

My roommate’s relationship with money affected my own.

Sometimes it flat out sucks to have to pay such tedious attention to household spending if I want to keep my head above water. And there’s always a small twinge of envy when someone makes more money than you do, no matter how happy you are with your career and lifestyle. While I feel like if I earned a similar income to my roommate I would be more conservative with my allocation of funds, I’ve had to accept that everyone handles money in their own way. Living with someone who spends so vastly different than I do has caused me to think more critically about my own spending habits.

For example, in some regards, I tightened my own pursestrings because I’ve seen firsthand how overspending can leave you without savings and even lead to credit card debt. On the other hand, I’ve tried to embrace Francesca’s “treat yo’ self” mantra by thoughtfully taking advantage of a sale at The Gap or replacing my iPhone 6 after spending the last year carrying around a portable charger to bolster its always-dying battery. Reasonable, carefully-considered non-essential purchases are okay on occasion — it’s called budgeting!

Sure, I feel guilty when she suggests tipping our front desk attendants more than I can budget for around the holidays, or when I can’t justify taking a Lyft back home with her when the subway will do just fine, but I understand that if I don’t want to exceed my credit limit, I have to vocalize those concerns no matter how awkward, and I’m starting to feel more comfortable doing so.

For as long as we’re under the same roof, I try to encourage Francesca to be a little more frugal. I suggest making her own coffee instead of going out to Dunkin, for example. On the other hand, I don’t complain when she picks up the tab on movie night or covers my froyo when we order together. Sharing 650 square feet with Francesca taught me that you can’t change a person who doesn’t want to change, but I’m thankful that even though our lease will eventually come to an end, our friendship won’t because we were able to meet in the middle when it came to different financial habits thanks to some honest conversations.