On Looking For A Job, And Remembering Who Your Competition Is 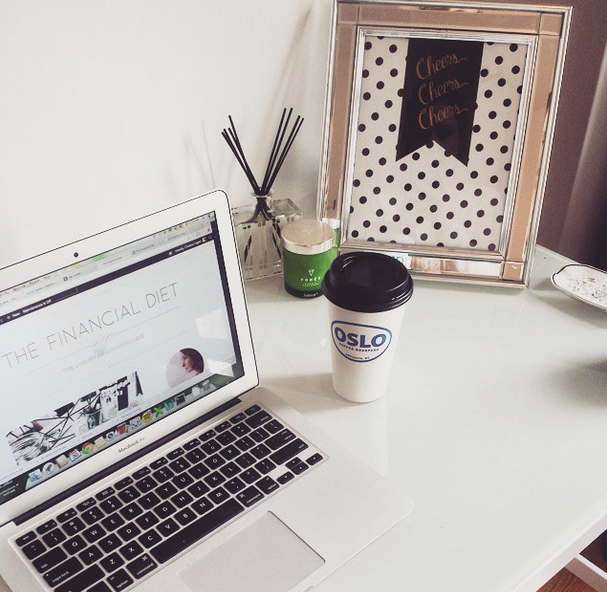 I have a few girlfriends around me in various stages of job hunting, all in the lucky position of being able to take their time, and look for the right thing. I have been unemployed, desperate for any job that came my way and provided a marginally livable wage, and I have also been in a job and, at my leisure, looking around at what else was out there. They are vastly different situations to be in, but both call into question many things (your worth, your skill set, your desirability), and put a strain on your finances.

Yes, the job hunt itself can be a significant expense. All of the women I know who are looking for a job have made some sort of financial investment into the search. Usually, it’s the agony over the “perfect” interview outfit — something they wouldn’t usually wear, that is the right degree of fashionable and young for the place they’re checking out — but other times it has been, say, completely redoing an online portfolio of their work. They have traveled to meet with potential bosses, taken endless “industry peers” out to coffees and drinks, and generally made purchases that come with the vague-but-important earmark of “this will pay off later.”

These women have also mentioned to me, at one time or another, another woman in their field who has a career that they aspire to. Sadly, it’s usually not in a kind way, and comes with a lot of asterisks about the work she is doing that they could do better, or the things they have that they don’t deserve. I am in no place to judge this behavior, of course, as looking enviously at other women’s career successes has been a recurring, if not defining, reality of my professional life. It’s so hard not to feel deeply in competition with these women, when we are the ones who must share spots in “best women” lists, or attend the same events, designed to “empower” us as women but ultimately reminding us that we are a separate subcategory of our industry, in some ways defined by our gender.

And though I have had issues with men I have worked with, I found myself not as immediately threatened by their presence, or affected by their actions. They were people I worked with, not my direct competition. (I realize now how insane this sounds, but in the moment, it’s hard not to be overwhelmed by the socializing we all received growing up that pits us, naturally, against other women.) I even found myself vying for the approval of men I didn’t even particularly admire against other women, as though earning it would somehow mark me as “cool” or “one of the boys.” It was not until I left the salaried world completely and began working independently that I was able to loosen my grip on some of my toxic judgments of other women in my field. If there is one thing I’m particularly grateful about, being independent, it’s my ability to see my competition and obstacles much more clearly, and to encounter each person as an individual. Forging your own destiny is much easier when there isn’t a predetermined ladder of progress looming over you.

The truth is, my competition — as cliche as it might sound — is myself. And it may be more true for people with their own businesses, but it’s still true to a significant degree in a larger company, and especially within an industry as a whole. The tendency to get caught up in what other women are doing with their lives and work is amplified when you are constantly, literally compared against them, but it does not mean that their success means that there is less of the pie for you to take. Worst case scenario, you can change companies if you feel that your opportunities at your current one have stagnated.

And that is what people do, including the women around me who all seem to be in a period of great transition. But the financial pressures of job hunting — particularly things like “the perfect outfit,” which are undeniably a heightened requirement for our gender — shouldn’t increase our hostility and fear. There is a truth to the idea that, in addition to being in a playing field for your general industry, you are also in a narrower playing field for your gender. And that is something that we must fight together, and individually, in whatever way we can. But giving into the nagging fears that we have about what other women are “getting” that we are not only makes it harder for all of us.

The job hunt can be, if we allow it to, one of the greatest times of individualism and personal strength in our careers. It can be a time to really asses who we are, and the improvements we can make on the person (and employee) we were at this time last year. When we are polishing the version of ourselves we are presenting to potential employers, we can truly consider the things that we feel confident about, that distinguish us in an entirely individual way. It can be a time to quantify your past and demand specific things for your future, because you know you have come far enough to earn it. And though the cost of a new pencil skirt can make you feel as though you are pitted against all of the other pencil skirts applying for that job, ultimately, we all have to make it for ourselves — and envy will never help us get there.