Click here to join The Society at TFD!
Health & Fitness

PSA: Being Healthy Isn’t A Contest, So Stop Trying To Win It 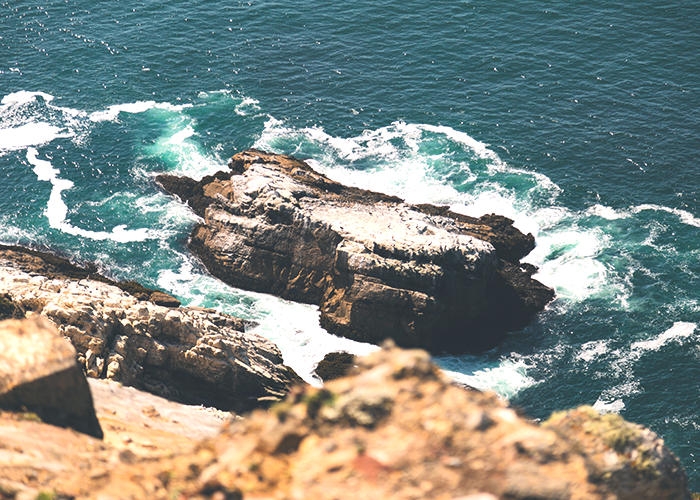 I’ve been thinking a lot lately about what it means to be healthy — if it’s a word I qualify for, or a word I even aspire to. I think it’s a word that is generally more useful than things like “normal,” in the sense that it allows for varying definitions based on goals and needs, but it also feels like an increasingly-loaded word, full of judgment and constantly-moving goalposts. I know (vaguely) what it means for me to be healthy, in terms of both my mental and physical lives, but I also know that it’s not a constant state, or a mountain I will one day climb to the top of and sit upon for the rest of my life. My life, like anyone else’s, is made up of millions of little individual choices, some better and some worse for us, and the battles are won much more along the averages than they are on any individual choice. And yet, this sensible, how-am-I-doing-on-the-whole approach seems to have almost entirely disappeared from our culture, replaced by a violent pendulum swing that is always pushing us to indulgence, or to deprivation.

One need look no further than social media to see the degree to which our culture has divided into two equally-terrifying camps: the Health As Religion camp, and the Gluttonous Nihilism camp. Scroll through your Facebook feed or your Instagram explore feature, and you will see alternating autoplay videos of deep-fried Oreo pizzas (a real thing) and vegan fitness gurus who advocate eating 40 pieces of fruit a day to maintain a size-zero figure (also a real thing).

We see food blogs that advocate replacing every moderately-indulgent item on your plate with spiralized cucumbers, and food blogs engaged in a permanent arms race for who can create the most aggressively-repulsive french fry platter or ice cream sundae. And it feels naive to ignore the correlation between the two: the more sedentary our lifestyles, and the more emptily-caloric our diets, the more “health” is going to be positioned as this aspirational, perfection-obsessed light at the end of the tunnel. We are a very generally unhealthy culture, so in the absence of any kind of moderation, we turn health into a competition.

America has never been a moderate place to begin with, of course: we do everything bigger, faster, harder, and more grandly. Our culture has always ping-ponged between a stark Puritanism and a gold rush-level of gluttony, and has never really settled into the much-healthier “little bit of everything” the southern Europeans tend to do so well. We have an incredibly black-and-white view of how life is meant to be lived, and even the most self-aware of us can easily slip into the vaguely-Catholic spiral of “oh shit, I already messed up, might as well lean into it and mess up my entire week!” We view diets and exercise routines through a prism of absolute consistency, and tend to fetishize the more extreme a plan can be. We either put weight loss on a pedestal to the point that women’s magazines breathlessly share the pounds shed by a cancer patient, or insist that no level of obesity should be considered unhealthy, or broached by a doctor.

And in this chaos emerges a version of “health” that makes me so reluctant to identify with, or really even consider, the word. We have turned health into a luxury item, obsessive cycle classes and $12 green juices and Instagrams lightly edited to show the maximum amount of lines on one’s stomach. We lust over images of the acai bowl perched delicately on a tanned thigh gap, and admire the dedication of the bloggers and fitness professionals who never let a refined carbohydrate cross their lips. We do this because we know our culture is generally so unhealthy, and know that much of it is almost-inescapable (especially depending on our socioeconomic class), so health has to be a form of escapism, rather than something we inject with moderation and reason into our lives.

I fall victim to this mentality all the time: I’m getting about 15k steps a day this week, but I’ve done a few sessions at a tanning booth to help clear my skin (something I do every few years, when it’s been a rough winter), so they “cancel one another out” in my mind. I eat a lot of fruits and vegetables, but I also eat meat and kettle chips and love a good cocktail. Instead of looking at the averages of my life, and thinking of what I do in terms of how I feel and what I can accomplish, I think about where I am falling short — how I am not actually healthy, because I don’t meet an ever-expanding list of criteria. I stop thinking of my body and mind as a big, interlocking thing, and start visualizing a kind of score that goes up or down with every decision. And if I think through it, I can usually bring myself back down to reason on the issue, but it’s hard not to feel poisoned by our pervasive-and-unattainable definitions of “real” health.

At the end of the day, though, health is not a competition. It’s not a performance, or a scoreboard, or a video game streak you get bonus points for if you go X many days without breaking. Health is being the generally-best version of ourselves we can be, accounting for the fact that sometimes, a glass of wine or a few hours in the sun or a greasy slice of pizza is the best thing for you at that moment. Health is not deluding yourself about how active you are or how nutritionally-balanced your diet actually is, but it’s also not deluding yourself about the reasons you are doing something: is it because it’s actually contributing to a fit and fulfilling lifestyle, or is it because it looks good in a photo? Are we pursuing health because we want to feel full of energy and positivity, or because we have coded every “healthy” choice as some kind of moral good that makes us feel superior?

I can be happy somewhere in the middle, and can look to my future father-in-law for a good case study: a very healthy French doctor who gets a lot of activity, but also a lot of watching good TV on his laptop, who has the occasional cigar and the not-so-occasional glass of wine or whiskey, who eats plenty of vegetables but loves grilling up a great steak, who does things because they feel good and because they are good for him. I can look to him to live life well, and long, and full of both the happiness we want, and the energy that allows us to seek even more of it.