What It Really Costs To Get Gastric Bypass Surgery 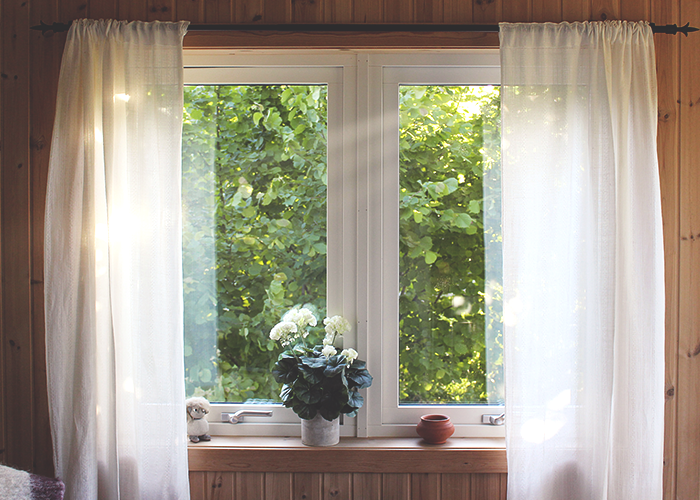 I was extremely overweight my entire life. It wasn’t until college that I got my heaviest, going from around 280 pounds when graduating high school to almost 320 before I decided I needed to do something about it. My parents both had Gastric Bypass back in the 90s, and it changed their lives. I knew that due to genetics, PCOS, and a few other medical issues that didn’t result from personal negligence, I was going to need some sort of external intervention. (I know this is going to set off some level of flame wars, but that’s what I was told by several doctors. So unless you’re one of my doctors, hush.)

When I was 20, I decided I wanted to undergo the surgery. I was going to get the exact same surgery my mother had when she was just 27. Her highest weight was 315, and 20 years post-operation, she was a reasonably steady weight at around 150-170 (I am not 100% sure). She looked great.

I went into my first consultation and was told that I was 100% a perfect candidate. I was young, I was healthy, I was reasonably active and could better adjust to the entire lifestyle change that was the gastric bypass surgery. I went in for my consultation in October of 2013 and found out some interesting details.

This is where the costs started. (Obviously, these are going to depend on your insurance, but this is my experience.) The first consultation cost me $30 for the copay. I learned that I would then need a psych evaluation to determine my mental ability to handle such a drastic lifestyle change. I was going to need 6 months of doctor-observed weight loss attempts. This meant a check-up with my general practitioner every month for six months. With a $30 copay, that added up. I was going to need an Upper GI test done, which was about $200 because it was done just before my surgery, which was scheduled for the following spring when the deductible was to reset.

Prior to surgery, I needed to go on a seven-day, 1,000 calorie a day diet. Not to rapidly lose weight, but to shrink the liver to make the actual operation go smoothly. This wasn’t an issue. For snacks, I ate 100 calorie popcorn. I enjoyed chicken, cut out anything with added sugar, and drank enough water to fill a small pool. Not bad, but I definitely knew I was in for something rough when I was going to have to track everything I ate for a week. Thank heavens for the barcode scanner built into the My Fitness Pal app. (Still use it! Sometimes…)

These were all things that were already purchased within our regular grocery visits, so I am not going to count them towards the actual cost of Gastric Bypass. The biggest cost here was due to the colon cleanse that had to be done the day prior to surgery. Yes, if you’re reading this and you’re over the age of 50, I had to go through the same process as if I was getting a colonoscopy. Due to my age (20), this was 100% not covered by insurance. Unfortunately, I didn’t learn this until I picked up the prescription colon cleanse the Saturday before my Monday surgery. The doctor’s office that prescribed the product was closed, so I was forced to shell out the full $80 for this prescription that tasted like old lemon water. Not great.

I am extremely fortunate in the fact that I am still on my father’s insurance. Due to him being a state employee, his insurance is pretty damn hard to beat. The surgery only cost around $600 out-of-pocket. This is the main reason I chose to have the surgery so young. I could have waited, but I also could have risked no longer being on his insurance, and not being able to get the surgery at all.

Food after surgery was…weird, to say the least. After three days in the hospital, and a few days resting at home drinking brown, I had to transition to something. They recommended protein powder, and I am pretty sure we spent over $120 just getting different types of protein. Powders that mixed into water (because milk was too thick) made me want to gag. The texture was awful, the consistency was awful, and the flavor was just as bad. The best thing I figured out was that the texture of the protein powder completely vanished when mixed into Jello-brand pudding. Who knew? My doctors essentially said eat any form of liquid you can throughout the day, do not snack, only have three meals, and get in at least 60 grams of protein. When you can only consume liquids, that’s hard.

I got used to the protein powder, but as soon as meat was put into the fold, I was a happy camper. Do you know how hard it is to get in 60 grams of protein in a day when you can only eat the quantity of a quarter cup of food in a sitting and you’re not supposed to snack? It’s awful. Try it. I got really into Tuna during this time.

Restaurants, as I got more used to surgery, got particularly interesting. It’s been over three years since my surgery, and just with portion sizing alone, you cannot tell that I had anything drastic done, you’d just assume I’m not a big eater, but I still had to adjust. Lots of food got wasted as I tried to learn what “full” felt like. It just felt like extreme pain, and my options to make the pain go away were either throw up or sit with it for an hour or so. It took some time to learn what the perfect point was to stop eating. Sometimes it was hard to tell — I avoided, and still generally avoid, bread and rice, as it expands in your stomach with time. There were times where I thought I had figured out how much to eat but ended up in excruciating pain just half an hour later due to the food expanding in my stomach. Rice, pasta, and bread were just about out of my diet. To this day, I still scrape off the toppings from pizza if it’s ordered just to avoid the bread.

Over the course of three years, I cut my dress size in half. I previously wore an 18/20. Now I wear an 8/10. (I’m a fortunate soul who didn’t completely lose my breasts, which makes things a little weird.) I slowly added new things to my wardrobe and donated old items. Some pieces I still wear that I got when I was a 14/16 because I was smart and got things that flow well. Dress with an elastic waist? Looks great with a belt. Well-fitted cardigan? Hey, I now have an awesome oversized cardigan!

I am still buying clothes, but the biggest surprise I had was that I lost almost 2 shoe sizes. I previously wore an 11 wide in shoes. Now I wear a 9-9.5 (Depending on the brand.) I’m almost annoyed with this. Yes, a 9/9.5 is WAY easier to find in stores, but I had several pairs of shoes I loved that are now so floppy I might as well be Agador Spartacus from The Birdcage. There were some things I needed to get before I was down to the size I really wanted to be. I’m guessing I spent about $200-300 on clothes/shoes that no longer fit me properly.

Now this one is probably the biggest ongoing expense that is a health requirement. Yes, clothes are necessary as is food, but it’s much easier to get cheap chicken and forever 21 clothes in the meantime. Vitamins must meet certain requirements. I spend about $40, three times a year, on my vitamins. That’s $120 a year for probably the rest of my life. I take a daily multi-vitamin, a vitamin D, a B-12 sublingual, iron, two biotin, a vitamin C, calcium, my prescription level vitamin D, and a prenatal because why the hell not. (The prenatal and biotin are optional, but when your body goes through the intense stress of losing over 150 lbs so quickly, your hair falls out, skin freaks out, nails chip and flake. I seriously notice a difference when I don’t take those pills.)

There are some additional costs that will happen on a yearly basis. I need to visit my surgeon once a year for a wellness checkup. I get bloodwork done once a year, and next year, I am looking into Skin Removal surgery.

I currently weigh about 170, I can run a 5K in 35 minutes (still working on that time!), my health is perfect outside of some vitamin imbalances, and I’ve never felt better. This surgery was more than worth the cost.

Taryn Goodge is a Chicago resident who likes photography, comedy, terrible license plates, and any type of math with a dollar sign in front. She is currently studying for the CPA exams and hopes that the effects of sleep deprivation aren’t permanent. Follow her on Instagram and Twitter.