A Snapshot Of Stupid Purchases I Made In 2016 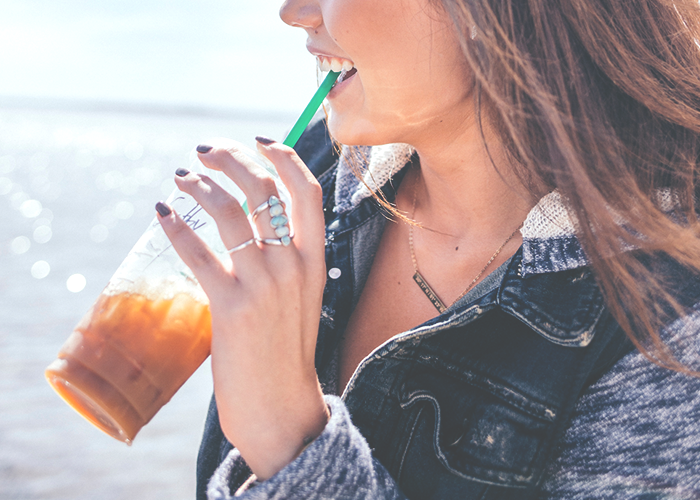 I bought this because it was really warm, and I like the idea of myself as an adventurous, wilderness girl. But to be honest, I hate the cold way too much to ever be outside in it long enough to require a fleece vest

. Also, while it is comfy and I do sometimes where it while walking the dog or running out quickly, I feel hella insecure in it because it makes me look like I have four children who love team sports. It doesn’t get nearly as much wear as I intend on clothing items getting when I purchase them. Oh, also, did I mention that it is bright fucking blue? I honestly don’t know who I thought I was when I got it.

2. Foundation in a color that was nowhere close to my skin tone.

I went through a ~finding myself~ foundation-search phase earlier this year, and although the blessing of drugstore-priced makeup is very real, the curse is that you can’t test it before buying it. The store I was at didn’t have many formulas in shades light enough for my skin, but I bought a bunch to test thinking I would either make it work, or return them (instead of waiting a day or two to search another Target). But after testing a bunch and ultimately only finding one that works (which I love, so I guess it was worth it?) I didn’t end up returning the products in time, because it took me so long to test them all. So, that’s a solid $40 down the drain.

3. A stack of poetry books that I knew I’d never read.

But I was feeling down about myself at the beginning of the year, and I thought that I’d possibly become the type of person who read poetry this year. Investing in a shit ton of books is almost never the answer. Reading is good. Making it a goal to start reading books you haven’t read before is good. Spending money on books without knowing for sure if they’ll ever get cracked open is not good — that’s why libraries exist!

???? The same exact one. Twice. I thought I would use one for school and the other for work, but since they look exactly the same, I always accidentally grab the wrong one, and then have school assignments written in my work planner and vice versa and then I forget to do shit/miss deadlines because I was looking in the wrong planner. This was just a terrible, stupid idea. If you’re the type of person who thinks you will find two planners useful, at least make sure they are very different planners so you don’t mix them up.

I want to cut this out completely, but it is hard, because it is such a simple pleasure and I definitely get my money’s worth of bottomless breakfast dranks. But still, I’ve never really left a brunch thinking “wow, that was very easy for me to afford, excellent choice for breakfast!” It is always just a subtle disappointment in myself knowing that I’m $30 poorer and have a belly full of vodka before 1pm.

6. A magazine subscription that I got little use out of.

Someone once gifted me a subscription to Vogue, and while I do enjoy reading it, I don’t often have the time or attention span, so I never paid to renew it once the subscription was up. However, halfway through the year I was sent an ~unbeatable offer~ and my first thought was “sign me tf up!” – and of course, I never really ended up reading it. It was only $6, so it didn’t hurt too badly, but then it auto-renewed without me noticing, which cost me $20. I’m still annoyed at myself. I have the magazine stacked up near my desk to be eventually tossed if I don’t read them soon. No more aspirational magazine purchases – I’ll never be Vogue.

7. A stockpile of inexpensive candles.

A cute idea, maybe, but raiding the T.J. Maxx candle section is only a good plan if you actually have storage for 15 candles. Which I don’t. They’re everywhere, and most have never even been burned, because I have such an overwhelming amount of candles that I get weirdly high-anxiety about which one I should be burning at any given moment.