How “Spending Local” Helped Make My New Town A Home 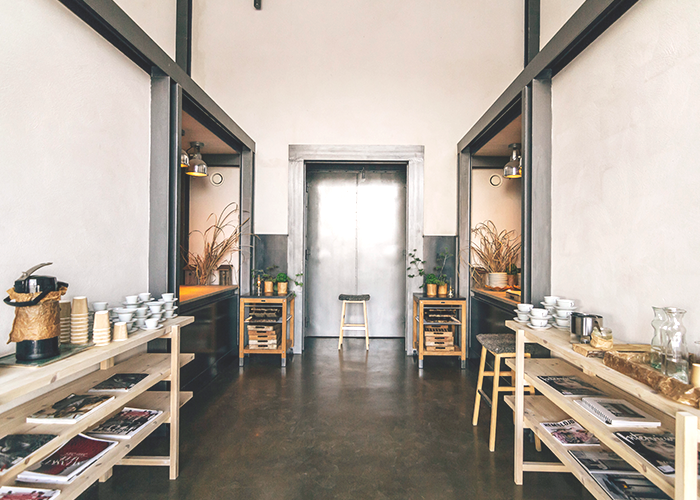 The large town/small city where I now live should not mean anything much to me: I moved here because it was halfway between my husband’s job and my own. We were living in southwest Ohio while he worked and I went to graduate school; we didn’t know much about it, and didn’t have many folks to advocate for it. The real estate here wasn’t in high demand, which meant finding an affordable home to purchase rather than rent was an option, but we didn’t buy the house thinking, “Let’s grow old together here.” If I squinted, I could see that as a possibility — but the town would have to charm us.

Recently, I read This Is Where You Belong

by Melody Warnick. It chronicles her mobile adulthood, moving from state to state, and not really knowing where she really wanted to set down roots. When she landed in Blacksburg, VA, she embarked on a somewhat radical experiment: she fell in love with a town by trying to love it. She made it her “Love Where You Live” experiment, and in so doing, she found that you can actually grow roots in a place by simply trying.

I wasn’t sure if this would work for me, but I had long thought that, for amorphous reasons, it was better for me to buy things locally, and from mom-and-pop establishments, rather than larger chains that exist in many places. I had heard a lot of people say that such a desire was irrational because the larger chains could provide, often, more variety for cheaper, causing local businesses to not be competitive.

I’ve come around to a new perspective on buying local, and that is this: there’s no moral imperative to save local businesses and promote local business, unless –- get this — you want local businesses to exist. If the economies of scale that big-box stores offer add so much variety to your life that you are happier with them, then you should buy there. If paying a little more and keeping small stores around makes you like your town more, or makes you get to know local business people more, or really adds anything positive to your life, then it’s an investment: an investment in the kind of town you want to live in. I liked this more middle-of-the-road vision of spending in smaller stores, because it meant I didn’t have to give up all trips to chain grocery stories in order to feel like I was part of keeping the little guys around.

There are some statistics that show local communities benefit from such reinvestment, too: according to Warnick, money paid to local businesses tends to “stay in the area” more than money paid to large chains. It makes sense that a large chain would send a larger percentage of the profits back to headquarters than a small business, where the headquarters is likely also the only location. This money is taxed locally, so there’s greater tax revenue for schools, streets, and parks if more of the businesses in the area are locally-run. There are other factors, to be sure, but there is room for improvement to your town if the money you spend stays local and circulates, helping others there to prosper.

I set about experimenting: I aimed to spend restaurant money at more local chains or individual restaurants, which is easy, because I love eating out. I had to stomach higher pizza prices, and the lack of online ordering, but in exchange, I got an amusing interaction with a grizzled old pizza guy when I went to pick up my pie. I went to free concerts thrown by the town, and bought ice cream and barbecue from food trucks that had only travelled a few blocks to be there.

Restaurants were pretty easy, since they were already a splurge, but groceries really weren’t an area where we had any convenient options –- we started getting veggies and some baked goods from the farmer’s market and the community garden, but that was probably less than 20% of our purchases, and just during the summer.

The easiest switch to local I found was actually with gifts –- people are charmed by a locally-sourced gift with a bit of a story much more than they are by the grocery-store version of the same thing. I got in the habit of going to special “days” at the local stores that sold fair trade toys and clothes, or local art, or home items picked for a downtown shop specifically by a local who was kind to both of us from the moment she met us. Sure, people in our families got a lot of candles and screen-printed t-shirts and homemade soap, but I don’t think they minded, and we would have spent money on them, anyway.

Clothes are tough for us (we really prefer to shop sales and thrift stores…hard to do at local stores). But we’ve asked friends about good people to do plumbing and roofing, and gotten local businesses who aren’t affiliated with larger chains. We have a car mechanic who is local, and has happily done the frequent oil changes our old cars need. It’s not perfect, but we also aren’t exactly high-rollers at this point.

All these activities have done the same thing for me that they did for Warnick — they didn’t break the bank, or change my life in any inconvenient way, but they made me get to know some local business people as friends, and they made it more fun to explain presents to loved ones. They make me wonder if there are other ways that I’m passively or actively supporting local business, which makes for a bit of a fun thought experiment. It hasn’t necessarily made me feel rooted the way Warnick does by the end of her book, but I’ll give it time, and meanwhile keep buying pizza from the grizzled local pizza guy.