Stop Trying To Out-Feminist Each Other 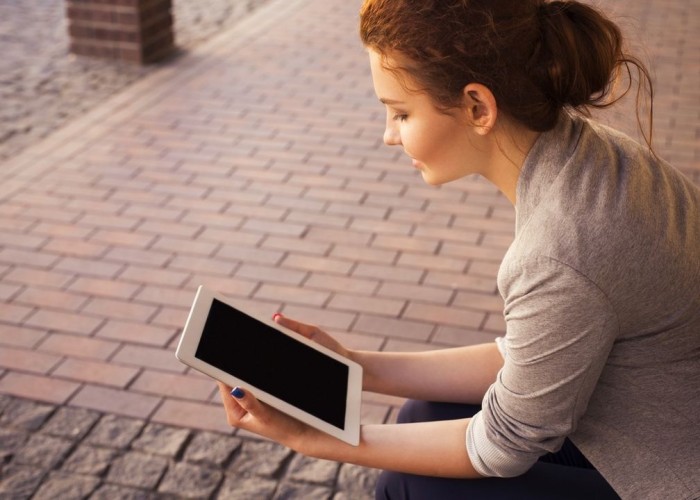 It sometimes feels like you can’t be a feminist and raise an issue with feminism, but here goes: I think one of the downsides of feminism that’s rarely talked about is the competitiveness that so often comes along with it. A big part of feminism, to me, is supporting other women, and much of my experience with feminism has been a contest to find The Most Pro-Women Lady There Ever Was. I tend to be quieter about my opinions, and when you are a quiet feminist, it feels like you’re inviting other people to Show Your Feminism Up. It’s possible that being more reserved about my opinions is partially to blame, but I honestly find it incredibly frustrating.

I have the unique experience of being a feminist who is the child of the Ultimate Feminist. I am the daughter of a single mother with very notable degrees and a high-powered job who raised two children (my dad also raised us), helped put them through college, and still has a very successful career. I went to Catholic school, and it felt like a lot of the stay-at-home moms passed judgment on the fact that my mother didn’t pick me up at three o’clock. And while it’s true that, in my case, being the child of a feminist made me a latchkey kid, and it still means that I have to call my mother several times a day before I get through to her, it does not mean that my childhood was better or worse than the kids whose moms showed up at school 15 minutes before the final bell. It used to irritate me to no end that these women thought their way of parenting was superior to my mom’s life.

Since high school, I’ve only lived in very liberal places and between that and working on the Internet, I’ve experienced the exact opposite of the judgment on my family I got in high school. Now, it feels like if you’re not taking my mom’s route and raising a family singlehandedly while also assuming the role of “breadwinner” and balancing everything under the sun, you’re just not being enough of a feminist. Admittedly, I live in a world of harshly-worded article comments, and spend a lot of my day producing or consuming Internet content, so my reality might be skewed or completely different from other people’s experience. But nonetheless, the idea that you have to be Rosie the Riveter in a pantsuit while earning more than your partner to be a feminist is frustrating. And I don’t think any true feminist icon (my mother included) would ever say that there is only one way to be a feminist.

We’ve had a lot of conversations on TFD lately about how relationship finances affect your feminism (from Chelsea’s What It’s Really Like To Be A Feminist Who Earns Much Less Than Her Partner, to Kimberly’s To The Woman Who Won’t Date A Man Who Makes Less Than Six Figures, to Emma’s Everything I’ve Learned As A Feminist Who Earns More Than Her Partner). Reading and editing pieces that I either agree or disagree with is a privilege, and it inspires me to question my own approach to the issue. However, seeing other women get criticized for how they express their feminism — in person, in the comments sections, on TFD, or on any other site — frustrates me because I think showing up someone else’s feminism is one of the least feminist things you can do. My opinion is this: Your partner earning more than you doesn’t make you less of a feminist. Your partner earning less than you doesn’t make you more of a feminist.

Personally, I think I will likely experience both scenarios: earning more and less than my partner, that is. Right now, I earn more than my boyfriend because my boyfriend is putting himself through graduate school. I am extremely fortunate to have some disposable income, and one of the challenges of being in a relationship with someone who puts all their money toward school means it puts a damper on what we can do together. My boyfriend can’t accompany me to weddings if travel is involved, and we can’t really go on vacation together. If we’re going to go out for a meal, it’s usually at a place where the entrées are under $12.

However, down the road, I can see my boyfriend making more than me, simply because his field has a higher earning potential than mine does. I have no Feminist Qualms with my partner making more money than me, but I would want to work hard to avoid being in a position where I couldn’t pull my own weight (and more) if I needed to. If we were to move in together and he was making more than me, I would want to live somewhere where I could still afford to pay half of the rent (it should be noted that I’m fortunate enough to live in LA where this is very possible). I would also probably not be comfortable moving in with someone without a substantial amount of savings because if ever something were to happen, I would want to be able to move out immediately without worrying about money. All of these notions are based on my personal preferences and desire for financial security, independence, and professional success. They aren’t a result of trying to fit in or go against gender norms, nor do I think these goals make me more or less of a feminist than anyone else.

If I’m being honest, I don’t find earning more than my boyfriend empowering at all. and it has nothing to do with what makes me a feminist. I don’t make enough to cover expenses for both of us, so it just means that we split things 50/50. And if he starts making more than me, I wouldn’t find that disempowering. And it wouldn’t make me feel like I was magically wealthier because, right now, I’m just focused on making my own money. Instead, I choose to find other things about my life empowering. I’m empowered by having family and friends (especially strong female friends) who support me, and who I support. I’m empowered by the fact that I’ve worked really hard to raise my freelance rates. I’m empowered by the fact that I get to work with Chelsea and Lauren every day and that they hear my opinions out (whether those opinions are right or very wrong). And finally, I’m empowered by the fact that I make my own money and am not worried about how I’m going to make rent this month.

At the end of the day, I don’t feel like my partner’s finances have an effect on whether I’m a feminist or not. One of the most recent articles on how finances affect relationships and feminism was Meghan Koushik’s, and this quote perfectly articulates the way I think we should approach the subject of finances, relationships, and feminism:

“Ultimately, the most feminist thing you can do in terms of relationship finances is find a balance that works for you, your partner, and your relationship. “

We have to understand that everyone is going to be different, and telling someone that you are More Of A Feminist Than They Are is a) shitty, and b) distinctly un-feminist. The articles on this subject on TFD prove that we can have this discussion productively without out-feministing each other, and I’d like to see that trend spread across the Internet.