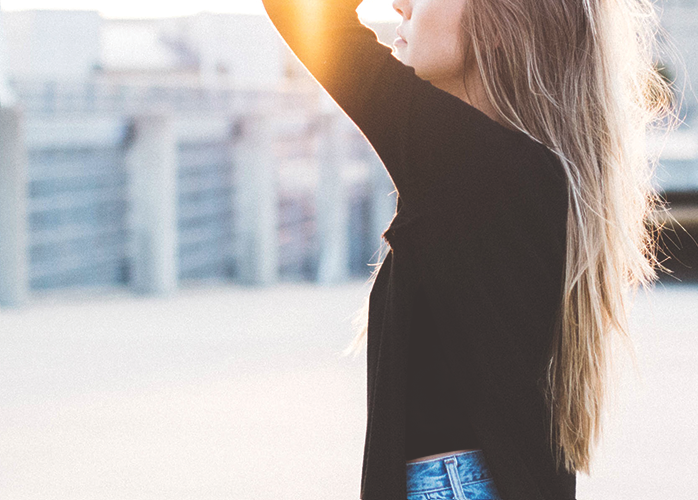 Practicality is in my nature. It’s a quality that I got from my mother, who, to this day, is the most pragmatic person I have ever met. Practicality is what led me away from a degree in the arts into a more marketable field and has kept me at home diligently paying off debt, instead of traveling the world. Yet even so, there are limits to my pragmatism, especially when it comes to things that are beyond my control. I am incredibly aware of my finances, but I never want to be so focused on a financial goal or a career milestone that I miss wonderful moments in life right in front of me.

Yet if I only dated men who made at least six figures, I would have missed out on being with the man who encourages my personal growth, supports my independence, and cheers me on as I accomplish my goals. I may have had more financial security with other men who make more money, but would I be as fulfilled in my relationship as I am now? I don’t know the answer to that question, and I don’t need to. I know that I’m happy with my current partner, and I would never let that fact that he has very little money stand in the way of that.

To some extent, I understand where the author of The Financial Confession titled “I Won’t Date A Man Who Makes Less Than Six Figures” is coming from. While I don’t know that I ever spelled out the financial requirements for my potential partner as specifically as she did, I did have very similar desires when choosing previous men. At first, it wasn’t intentional, it was a by-product of meeting men who came from a background similar to my own: middle-to-upper class, well-educated, and either established in a lucrative career or on the path to one. After a while, I realized that I didn’t want to settle for a lifestyle less than the one to which I’d become accustomed, and I began to select men accordingly. To this end, I dated an economist, a lawyer, and both a material and biological engineer. Yet, after a while, I began to see that while each of these men offered me financial security, they did so at the high cost of my happiness. None of these men were a good match for me. At best, we wanted different things out of life, and the worst relationship I had was verbally and emotionally abusive. I stayed in each relationship longer than I should have because they had what I was looking for: financial security and the continuation of my privileged lifestyle.

It took far longer than I’d like to admit for me to realize that, while I may not have been settling financially, I was settling in terms of how I was allowing myself to be treated. This string of unsuccessful relationships wasn’t going to stop until I changed what I was looking for. Instead of focusing on the man’s income or the lifestyle we could have together, I considered whether he was a hard worker. I noticed several of the “successful” men I dated weren’t actually diligent workers, and the lack of effort they put into their work also translated into not putting effort into our relationship. Instead of focusing on where a man went to school, how many degrees he had, and what subjects they were in, I sought after curious men who were always learning, even if not in a formalized way. I looked for men who would inspire me and who I could bounce ideas off of. The next man I dated would also have to be kind, honest, and supportive, all of which were requirements I should have demanded unconditionally much sooner.

My current boyfriend has all those traits and more. He is also an artist, which meant my new dating beliefs were going to be put to the test right away. There was definitely a period of adjustment. I had to change my perception of success, basing it not on money, but on fulfillment. The things that bring my boyfriend happiness are not things that will ever pay anything close to six figures. He loves to cook and bake, compose and perform his music, and write poetry. I would rather have him do that and see him happy than watch him shoehorn himself into a better-paying career that would make him miserable.

Being with a man who doesn’t make a lot of money has also necessitated an attitude change in me. Instead of viewing myself as struggling, I choose to see this as an opportunity for me to learn self-reliance. While I’ve had to live with a roommate much longer than I would have liked and postpone vacations I wanted to go on, I’m much happier knowing that I am the one securing my financial future, rather than relying on someone else. I don’t consider any of my sacrifices real struggles since I am fortunate enough to have a bed to sleep in, food in my fridge, and a job that allows me to provide those necessities for myself. I am proud to say I now have a three-month emergency fund, which I am looking to grow throughout the year, and by the end of summer, I will have completely paid off all of my personal debts in full (besides my student loans).

I don’t want debt and poor financial decisions to limit my dating options. And I’ve learned that I can accomplish my goals without setting a minimum income requirement for the men I date. If my boyfriend and I stay together with my career bringing in the larger portion of our income, we could still live on a budget, pay off our debts, and have savings and investments. The future I’m envisioning with him may not be the one I pictured while dating men with higher salaries, but that’s okay. I’m done trading my happiness for financial gain. Pragmatism has its place, but being open to love is even better.

Kimberly is a student in the Midwest with constantly changing hair, a deep love of office storage systems, and a borderline unhealthy relationship with her bathtub.