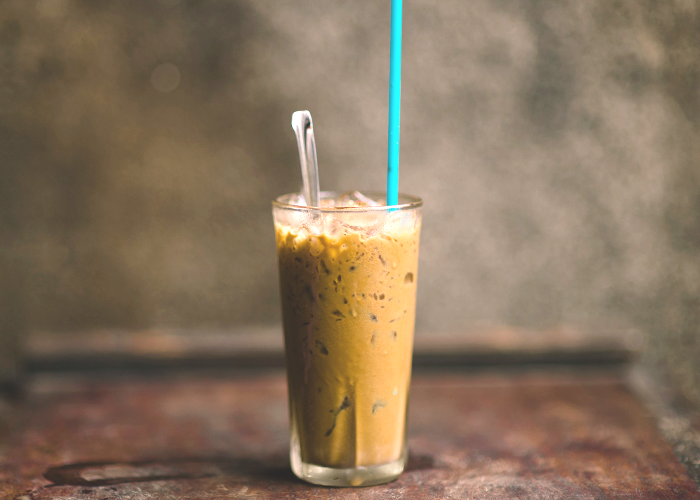 I’ve been working since I was 12 years old. I started with babysitting, then started working at my brother’s insurance agency (where I still work), and I secured a paid internship during college. Besides my full-time job, I babysit, sell baked goods, work for my aunt’s catering company when needed, and write freelance. Basically, I work whenever I can to help curb a fear I’ve always had: that I wouldn’t have enough money to pay for something I may need, or that I would completely run out of money one day.

I’m thankful to live with my parents rent-free, so I’m able to contribute a higher-than-normal percentage of my income to savings and retirement. But whether I have savings to cover expenses for six months or six years, I don’t think I’ll ever feel like I have enough saved. The worst part is that I allowed this fear to grow into some crazy money-saving monster that made me think I shouldn’t spend the slightest bit of money. As I allowed this fear to grow, I tried to save an unrealistic amount of money — roughly 74% of my income — which made me feel like I couldn’t spend a penny on anything other than savings and retirement. Somehow, maybe after too many days of worrying about spending and saving and spreadsheets and charts and budgets and accounts, I finally realized that, as silly as it sounds, I was saving too much money.

Recently, I wrote an article about how I met a $5,000 savings goal in nine months, which may not sound like a huge deal, but on average, I transferred 37% of my monthly income toward that goal. I also transferred 22% of my income into my IRA, and 15% into my emergency savings account. Altogether, I saved 74% of my monthly income. I stuck to this strict, high-percentage savings plan every month from October 2015 to July 2016. I don’t have a big salary, so the 26% I had left over was meager, and I was stressed the entire time. Up until that point, I didn’t realize what percentage of my income I had saved; I just knew I had a goal I wanted to meet as quickly as possible.

When I started budgeting in October 2015, I recorded every dollar earned spent. It’s been a lot of work, but I’m glad I kept such detailed records, because I can look back and see how I’ve used my money. I spent a lot of money attending concerts, but that’s about as far as my excess spending went. Instead, over the last nine to twelve months, I turned down a lot of things, because I didn’t want to spend any money. I can count on my hands how many times I shopped at Target, which was sometimes a small (okay, huge) struggle. I went to Starbucks one time, only because I had a gift card. Not counting a few out-of-town restaurants, I spent a total of $96.05 at restaurants, yet I scolded myself each time, because I could have saved money and cooked at home. I didn’t have a manicure because it’s cheaper to paint my own nails. I had two basic haircuts — no highlights, no color, and no fancy (i.e. more expensive) styles.

I forced myself to turn down the extra things because I didn’t want to spend money. I’m not saying it was a bad idea to cut back, and I would be no better off if I had spent the money. I don’t, however, think I should have scolded myself if I had been to Starbucks once a month for the past year, or gotten my hair cut every six to eight weeks.

The first month after I met my $5,000 goal, I transferred the usual 22% to my IRA and 15% to my emergency savings account. I had planned to split what usually went toward my $5,000 goal evenly between my IRA and emergency savings, but decided to cushion my checking account with that extra 37% for one month. At the end of the month, my typically-worried mind felt lighter, and I wasn’t totally stressed that I had spent $15.02 at a restaurant the week before. This feeling was wonderful, and I started to question my strict savings goals, and wondered if I had been too hard on myself about saving money.

As I typed a few expenses into my budget spreadsheet the following week, I started to scold myself because I had ordered a pair of (much needed) dress shoes. Somehow, in that moment of self-scolding, I finally recognized the amount of stress I had put on myself with these strict savings goals. I thought about the panic I felt every time I handed cash over to a cashier, even if it was for groceries I needed, or the times I swiped my credit card for gas and told myself I shouldn’t drive my car as often even though I only fill up once, maybe twice, per month, or the last fews times I made a doctor’s appointment but tried to find a way to make myself better (or, honestly, to learn how to deal with the pain) because I didn’t want to spend money on a co-pay.

Instead of forcing myself to think I shouldn’t spend any money, I had to realize that there is nothing wrong with buying something I need, and it’s much smarter to go to the doctor when I’m sick instead of dealing with the pain. Somehow, I had let that money-saving monster make me think that saving almost 75% of my income was realistic. Yes, I did it for nine months to meet a specific goal, but I was completely stressed the entire time. I’m proud of myself for meeting my first savings goal, but I can’t keep worrying if I don’t save 75% of my income each month.

I have a few things I have to remind myself of often so I don’t feel overwhelmed when I think about the dichotomy of spending and saving money:

1. I’m saving part of my income every month. Even if I’m not saving 74% of my income anymore, I’m still contributing to savings and retirement. The beautiful thing about it is that it’s okay. As long as I’m saving money, it’s okay.

2. It’s okay to have fun and spend a little money once in a while. Ordered two books last week? That’s okay, especially because I searched online until I found the best price and free shipping. Went out to dinner twice last month? That’s okay, too, because for every other meal, I cooked my own food for much cheaper.

3. I’ve found what works best for me. I’ve tried the no-budget, spend-what-I-want, have-no-savings-account thing, and I didn’t like that method. I’ve tried the always-stressed-out-because-I-had-a-co-pay-at-the-doctor’s-office-and-had-to-refill-my-car’s-gas-tank-twice-in-one-month thing, and that method stressed me out even more. I put a lot of time and effort into recording every dollar I earn and spend, but I’ve finally found the right saving versus spending balance that works best for me.

When I saved almost 74% of my income, I still thought I was a failure because I had spent money at all that month. Yes, saving such a high percentage of my income really helped me meet my $5,000 savings goal, cushion my emergency savings fund, and contribute more than I ever have to my IRA, but it wasn’t worth the worry and bouts of scolding I gave myself when I thought I should save more. I was thrilled every time I saw the balance in my savings account and IRA increase, but that happy feeling didn’t last long, and almost instantly, I was overcome by a sick feeling that the number should be higher.

When I hit the point where I had to change things, I finally felt like I could breathe. I spent $28 on dinner this past weekend, and for the first time in a long time, I didn’t scold myself. Instead, I enjoyed the meal — and my dinner company. I still watch and plan how much money I spend, and I can’t just buy or do whatever I want, but that’s just part of life and how most people have to manage their money. It took a lot of time and effort, but finding the right balance means everything. It’s smart to save money, but it’s even smarter to know your limits and find the right balance for your budget.