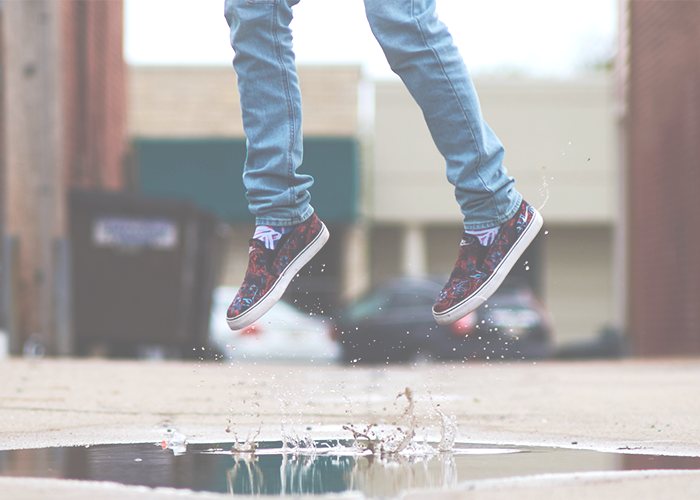 I have been fired from several jobs. I have also not been hired by many, many more, including many internships. There are a lot of reasons for this, but given that all of this happened between the ages of 16 and 21, I can say with confidence that the overarching problem was “I wasn’t acting like a professional, and didn’t even have enough experience to know what a professional really acted like.” I made a lot of rookie mistakes, and everything from “wearing the right thing to the interview” to “not speaking to the boss as if he’s my idiot teenage friend” were things I didn’t get right off the bat. And the biggest problem for me was that very few people were willing to tell me what I was doing wrong. I applied to many jobs where I didn’t even take time to proofread my cover letter, and all I got back was a form rejection (or total radio silence).

I understand, of course, that this is because there were simply too many candidates to give everyone a personalized explanation of what they did wrong, but it still would have been helpful. And especially because there is no difference between in the boilerplate rejection of someone who had a really well-put together package and someone who came in as a total mess, it took me a long time to realize I was very far to the “mess” side of the spectrum. I had no way of differentiating myself between someone who nearly got the job, and that ended up hurting me, again and again.

When we set out to start our summer Media Fellow program, we were concerned at first that we weren’t even going to get applications, because our community skews significantly older than college (our average reader is 27), and we frankly weren’t sure how many followers in the middle of their studies who wanted to go into media we actually had. So we posted our ad up on a few different places, and encouraged people to share them in their own circles, which meant we got about half of our applications from core TFD readers, and half from people who’d never heard of us to that point. And I should say up-front that every person who applied to us as a TFD reader had, at the very least, a great application. They may not have fit the bill one way or another, but they all presented themselves well and were genuinely excited about the job.

But opening up the intern page to a lot of people who were simply looking for a media gig and weren’t at all familiar with TFD — and were likely sending out a ton of these applications to sites around the internet — meant that we received a fair amount that were simply… cringeworthy. And I knew right away, looking at the way some of these people treated what was a very straightforward application with very general qualifications (be somewhere in America, be a current student at 2- or 4-year school, be able to spell, etc), I wanted to write about the egregious mistakes I saw. Because we are a small place that took the time to read every single application in-depth and discuss them, which means that at places much bigger than us, where a brief skim by an intern is all you’ll get, a poorly-constructed application is guaranteed failure.

Out of the nearly-30 applications we received total, there was a handful of candidates who are almost certainly not going to land the positions they want, the way they present themselves. And I hope, sincerely, that they’ll read this and recognize some of their practices (without going into too much detail, because I’m not trying to expose anyone), and present themselves differently going forward, because I want them to get the jobs they want, and I know how hard it was for me to do that when I kept shooting myself in the foot with rookie mistakes.

So, without further ado, the seven most cringeworthy things we saw in our intern search.

Not even pretending to have read the site.

Honestly, before receiving some of these applications, it never would have even dawned on me that someone could apply to work at a place and not even attempt to seem like they knew what the place was. I would assume, given several days to send an application, that you would at least take 10 minutes to look at some articles and maybe read our “About” page. And yet, not at all. Several people talked about our site in the most general terms, clear that they thought it was a site run by personal finance experts that talked hard numbers. They just saw the words “finance” or “money,” and talked to us like we were an offshoot of Forbes.

Applying well after the applications closed.

I admit that I used to do this, because when I saw something I wanted to apply for and was frustrated by the fact that it was already closed, I would send the application anyway on the off-chance that it was still going to somehow end up working out for me. But completely disregarding the time frame and bombarding people with applications days or weeks (weeks!) after they’re going through them only frustrates the person receiving them, and demonstrates that you either don’t read or don’t acknowledge the rules set out for a basic task. And that means that, if you ever apply for a future position and actually do it within the time frame, you’ve already got a strike against you.

Sending multiple applications with slightly different wording when you don’t hear back within a day literally accomplishes nothing besides upsetting the people receiving them. Why would you do that? If you demonstrate that you have no patience before you’re even hired for the job, it seems to bode as poorly as possible for how you will actually be on the job.

This should go without saying, and yet. And yet.

Sending what is clearly a boilerplate cover letter.

One of the most insulting things to me is receiving a letter for a job application that is completely copied and pasted from another application, without even taking a few minutes to add information specific to the job at hand. Particularly when, like our application, you’re only being asked to write a quick paragraph or two about why you want to work for the place specifically, to have something that has been sent to who knows how many places — most of them likely very different from you — it shows a total lack of interest. It’s 15 minutes you chose not to take that would have made all the difference, and would have been the perfect opportunity to establish a basic connection.

Getting basic names of things wrong.

Do you know how many times my name, someone on the team’s name, or the name of this site was misspelled/written slightly wrong? Three. Three times, by three different people. And that is insane to me.

The overall thing that was definitely my biggest failing when I was applying for jobs en masse was getting so overwhelmed with the job hunt that I didn’t take the time or effort to actually seem enthusiastic. Even if everything was spelled right, and I was obviously familiar with the position and company in question, and my résumé was exactly what I needed it to be, I would often just write the bare minimum of the information asked of me. I felt that “not coming off as a chaotic crust punk” was good enough, and didn’t realize that taking a few extra minutes to maybe add a joke, or an anecdote, or cite something I particularly liked about the place, or show general enthusiasm for the gig would make all the difference. As I’ve learned in my (limited) work experience, enthusiasm for a job is perhaps the ultimate thing (aside from things like basic intelligence, obviously), because it’s one of those things that cannot be taught or instilled. You are either passionate and enthusiastic, or you aren’t. And if you can’t muster that up for the application, when you’re supposedly putting your very best foot forward, chances are it’s not getting magically more passionate on the job.