The Actual Arguments For Big City Vs. Small Town (That Aren’t Based On Carrie Bradshaw) 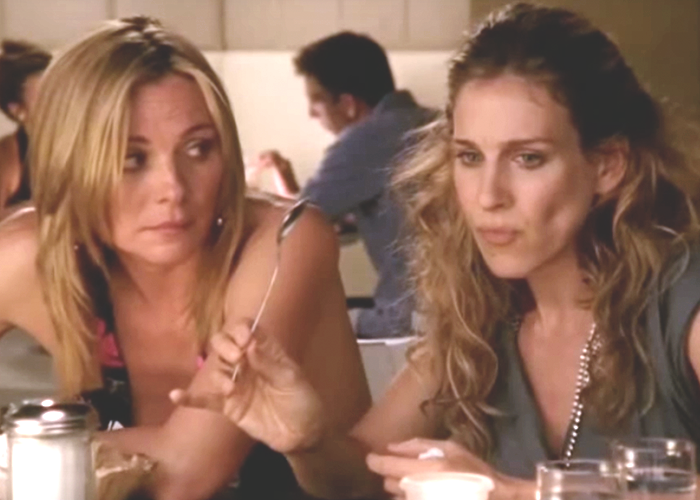 I have always been someone who associated the ~big city~ with professional advancement. I grew up in the suburbs of Vancouver, and as a teenager, I was captivated by the thrill of crossing the harbor into downtown to coexist with the seemingly endless flow of impressive business people with perfectly-tailored suits and black umbrellas (it rains a lot in Vancouver). Downtown meant all things exciting, especially because I was cut off from it. The only time I’ve lived in a small town (much smaller from the suburbs my parents live in) was when I worked on a small island, and rode my bike to work. I worked at a bakery, and spent a great deal of time thinking about how much my faster my career would move if I lived somewhere else. (This was all contemplated while I hauled compost bins outside.) Recently, I moved from my parents’ house in the suburbs to the downtown area near my university. I couldn’t wait to move: I thought that if everyone wanted to live somewhere, it must mean that it was a better idea. I thought that being ~downtown~ would naturally just be better for one’s career, no matter what that career was.

Many contributors on TFD have written about rejecting the narrative of the “big city dream” and moving to smaller cities and towns where the rent prices are much lower. Small towns can be a viable alternative when it comes to smart financial planning in your 20s, but for many people in specific industries, big cities are the only option. However, as someone nearing their college graduation, I am personally learning that small towns can provide more professional value than I initially thought.

It’s difficult to offhandedly guess the ratio of job seekers to available positions in a city, but I decided I wanted to consider it from the perspective of the laws of supply and demand. In classical theory, when the availability of people is greater than the demand for labor, wages would fall until the market cleared. When we factor in a minimum wage and the fact that real-life job markets are actually imperfect beasts, this complicates things even further. Of course, this is just speculation, but it does stand to reason that many post-grads search for months before finding a position because, in some fields, the demand for labor is less than the supply of people looking.

I thought that post-grad anxiety was a common state of affairs until a few recent experiences piqued my interest. My friend who graduated from college in Nova Scotia recently told me that she spent only a week and a half unemployed after being suddenly let go from her post-grad summer position. She didn’t have any specific leads or connections, but happily fell into her first ‘career job’ after finding a perfect online posting. She’s now working in the administrative and sales department for a real estate company, and making $42,000 per year (Canadian) right out of college. I asked her what she attributed this to, and she told me she was in the right place at the right time.

My thought is that in a smaller town, you have a good chance of getting hired because you have a smaller applicant pool to beat, which could also translate into moving up quicker, or having more opportunities to prove yourself. According to Chartered Accountants, this is called “downsizing your competition” and “upsizing your skills set.” Indeed, my friend pointed out that the town’s growing real estate market is likely to create opportunities for her. She’s happily plugging away at building a life for herself in a smaller, less “glamorous” city than the rest of the graduates I know. Not only does she have a good professional opportunity, but she is renting a nice one-bedroom for $850/month (again, Canadian) in Halifax, which is a decent chunk less than what she might pay in Vancouver.

Forbes.com interviewed expert Sarah Fuller, who published a book called Job Search Beyond The Big Cities. When discussing starting her career in a smaller city, Fuller says, “I started as media relations coordinator and ended up as associate director of media relations supervising three people within the three-and-a-half years I was there. I was only 23, and I never would have gotten that big opportunity in a larger city. I was working with celebrities and such large publications. There’s no way I would have been able to do that if I was one of so many people in Atlanta or New York City.”

While her interview is slightly dated, I think the lesson still rings true: for some, a smaller city can really be the smart financial and professional move.

Less than two days after I spoke with my friend in real estate, I had an informational interview with a lawyer who graduated from the same university I go to, and now works about four hours away from a major city. We were chatting about government positions, and he told me that, contrary to popular belief, smaller municipalities were desperate for lawyers. Government jobs often require moving, he pointed out, and there are currently more opportunities because less young people are willing to move to take positions as older lawyers retire. He said that in Northern Canada, the perks to take a job are sometimes even better; there are government subsidies offered to those who move to more remote areas.

I was very interested to find that both people I talked to supported my theory about supply and demand in major cities versus small towns. Of course, a lot of this depends on what career trajectory you want to follow, and my opinion is by no means an expert take on the situation. But more and more, I think the demand for jobs in major cities is what sets post-grads back, and that small towns could sometimes have a greater surplus of opportunities. After all, when I think back to those summers at the bakery, I was making more per hour than friends who worked retail jobs in downtown Vancouver. Yes, there is no doubt that moving to a city after graduation can be a career-boosting move. But I don’t think it’s the only way to make a career. I’m learning that in the career-building process, a flexible, innovative approach (and the willingness to move) can go a long way.

McKenzie is an international relations major in Vancouver. She likes applying economics to everyday life and pulling out the popcorn every time there’s an election.