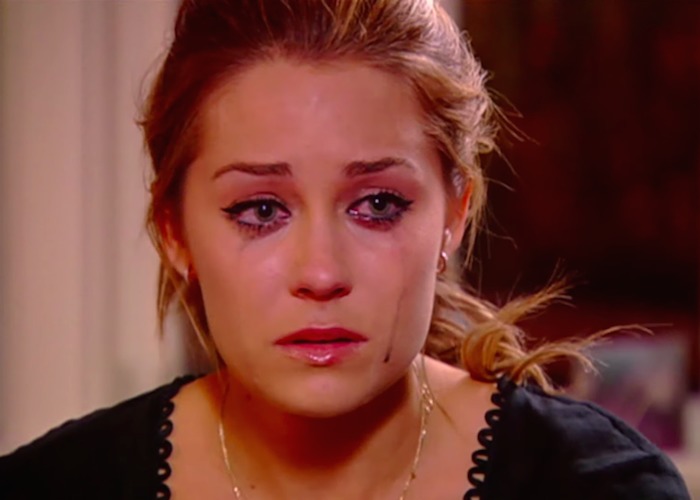 When The Hills first aired, it was the summer before I started middle school, so it’s no wonder I didn’t quite pick up on the subtle gems dropped on the reality-tv drama until well over a decade later. To be honest, I was watching reality television at an arguably young age and was oddly invested in the lives of young adults that lived across the country from me. Upon deciding to rewatch the once highly popular MTV show during quarantine (thank you Hulu),  I was expecting nothing more than some easy-going nostalgic drama and some fashion inspiration straight out of a time capsule. What I ended up getting, however, was a blueprint of do’s and don’ts for surviving my twenties.

If anyone can go on and on for days about roommates — it’s me! When it comes to sharing a living space, I think I’ve had every scenario and combination of people imaginable, so it’s safe to say I’ve learned a thing or two throughout the years. But witnessing Lauren (LC)’s revolving door of roommates shed light on this topic way before I even left for college.

Let’s start with Heidi. There’s the common warning that you should not become roommates with your best friend and there are valid reasons for this. The things you once found fun and exciting – like coming over for drinks and getting dressed at each other’s houses – now become repetitive and potentially annoying. The person you once loved spending time with in public, will more than likely not be the same person you can rely on to split chores, bills and other house responsibilities.

Also, “three” can I either be a crowd or a godsend. Audrina felt left out due to how close Lauren and Lo were. However, she also lost her desire to put in any effort into changing the dynamic of the friendship. Not to mention, having her live in a completely separate building from the main house seemed cool when I was younger, but watching at age 25, I can’t help but cringe at how the physical distance just amplified the emotional gap.

“Watching at age 25, I can’t help but cringe at how the physical distance just amplified the emotional gap.”

Going back to the unspoken “no living with best friends” rule, I believe Lo and Lauren were the exceptions to this. It seems the main catalysts to their functionality was the history and nature of their friendship. Heidi was Lauren’s rapid-fire best friend that she met post high school, whereas Lo was Lauren’s childhood best friend that was more like a sister. I experienced a relationship similar to that of the latter in my naive college days and it was simply too much, too soon.

Moving in with your significant other

We can’t talk about The Hills without talking about the infamous duo that was “Speidi.” When Heidi decided to move in with her then-boyfriend, Spencer Pratt, it was out of necessity as she had nowhere else to go following her fallout with Lauren. There are so many things that could be dissected here, but the shortlist is as follows:

As children and teenagers, most of our friendships are formed out of proximity and routine. After all, it’s a no-coincidence that the classmates you spend nearly forty hours a week with at school and extracurricular activities often become your best friends. Or maybe your parents’ friends’ children become your best friends because of the multi-family trips you’ve gone on every year since you were two.

Now, I’m not saying you can’t have childhood friendships that make it to adulthood (hello, LC and Lo), but you shouldn’t feel obliged to keep them if it doesn’t come naturally to you. As we get older, our needs and expectations change, as do our communication styles and general interests. Your friend from college can just be your friend from college – no further relationship has to be forced beyond that. If a relationship is no longer serving any purpose, it may be a sign that it’s a good time to lay it to rest. As long as each party is aware of the decision and it is done in a mature fashion, this can be mutually beneficial and positive.

“If a relationship is no longer serving any purpose, it may be a sign that it’s a good time to lay it to rest.”

Speaking of social boundaries – just because you’re invited to a social event, doesn’t mean you have to go. Over the span of all six original seasons of The Hills, we often see the main characters contemplate going to a party or social event, at the risk of potentially running into their onscreen arch-nemesis, ex-boyfriend, or boss. While I don’t have an arch-nemesis of my own (at least not one I’m aware of), I can completely confirm that a night in or a quiet dinner is better than an uncomfortable or drama-filled outing. Was it just me or did the social circle seem oddly small on The Hills? If ever there was a time for a written disclaimer it would be now: I know now (and hope you know) that most of the show is not “real”. That being said, I promise that, in real life, you don’t have to worry about hanging out with the same ten people. And even better, there are enough restaurants and bars to go around for everyone.

So next time you’re debating on whether to go out or not, ask yourself: Do I really want to go to a party and potentially leave in tears because I saw something or someone I didn’t want to see?

One positive and proactive thing the show was able to capture, was highlighting the different career paths of the main characters. Although, Kelly Cutrone did recently address the accuracy of the job roles. Something I could appreciate as I re-watched The Hills in my adulthood was the emphasis on leaving a company or career field. Leaving a job, be it on good or bad terms, is never an easy thing to do, but we should never feel bad for moving on and continuing to explore opportunities for growth. Whitney, for example, pivoted beautifully into a hands-on stylist after playing many behind the scenes roles for so long. And the best part is she wasn’t afraid to say what she did and did not want. Something very young adult should be encouraged to do is recognize their professional value sooner rather than later. Yet, regardless of the discrepancies of how hard their on-camera jobs really were, these girls knew better than to settle for less than they deserved in the workplace.