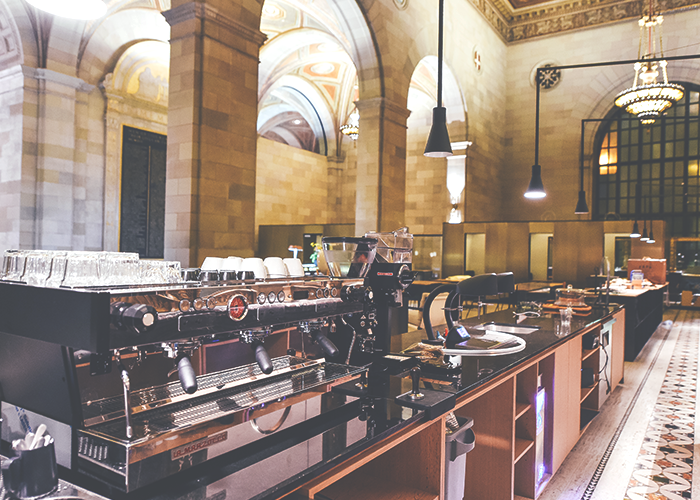 One of the most difficult topics to broach within the world of personal finance is this idea of becoming “rich.” It’s a goal for many people, but it’s a tough word to swallow, especially when you’re taking advice from someone whose idea of it might be entirely different than your own. To me, being rich means having flexibility to travel with my friends and family a couple times a year, to have enough of a safety net and financial buffer to protect myself from something unexpected, and a good chunk of money saved for my retirement. Everyone’s version will look different but most people would agree that being “rich” means having a sense of security. However, if we don’t create good habits as early as possible, we can never hope to be rich, no matter how much money we make. For example, I know someone who earns $120,000 a year and who says she barely saves a dollar month-to-month. (YIKES.) I know plenty of people who outearn me but don’t save as much as I do. (It’s not meant as a humblebrag, it’s meant to show you that a higher income doesn’t necessarily equal more wealth.)

Closing the gap between today and the day you feel you’ve achieved your own version of being “rich” can be a lifelong process, or it could be much shorter if you make a plan and work with your money in a smart way. While I’m working hard every day to increase my earnings, I know there’s no magic switch that flips once I make good money, which will cause all of my behaviors to change for the better.

So, I was pleasantly surprised when I came across this helpful article on CNN Money written by author Jocelyn Black Hodes called 10 Reasons You’re Not Rich Yet. The article was thoughtful, illuminated ways people act as their biggest obstacle to overcome in the pursuit of being rich, and offered ways you can change. That said, I didn’t feel like Hodes was trying to shove her own set of ideas and values down my throat. She clearly recognizes that everyone has to walk their own path to whatever their individual version of “rich” looks like and she says for her, “I believe it means having the financial freedom to achieve your goals and live the life you want.” (<– Sounds similar to my own version!)

I read a lot of these kinds of articles, and while a lot of them provide concrete examples of things I’m messing up in my everyday life, a lot of traditional advice seems obvious. “Don’t buy coffee out,” “don’t buy things you don’t need,” “don’t waste money on electricity,” etc. Instead of repeating tired old suggestions, I was happy to see that Hodes tapped into the problematic psychological and behavioral patterns of spending. Three of the ten reasons she provided really stuck out to me because I felt like they were the fundamental root cause of so much of my own bad money choices. They were: You spend like you’re already rich, you’re easily influenced, and you’d rather complain than commit. To me, these are the precise behaviors that would take down any salary, big or small, which we all need to save ourselves from.

With regard to the first point, “you spend like you’re already rich,” Hodes expands on exactly why spending like you already have money is so bad. She says:

The problem is that as long as we continue to spend more than we have, we can’t start building wealth. Chronic overspending and high-interest, revolving credit card debt are your worst enemies when it comes to financial success.

Chronic overspending — such an insidious habit. It’s become more of an issue for me to get over this one in particular ever since I essentially became a freelancer. Knowing I have a check coming soon doesn’t mean that I should go out and charge simply because I know my bank account is “good for it.” (Especially with dealing with the money we’ve received for the TFD book we’re working on, which comes in chunks, and it’s easy to get carried away if I let myself.) I’ve had to really rein in spending even if I know there’s money on the way. Now, I wait for whatever money is supposed to come and diligently save a portion of it. If you never save yourself from chronic overspending and charging excessively, you’ll most likely never have the self-control to save for the long-term. For myself and many others, overspending as soon as you get a raise, a big bonus, or a new job with a higher salary can easily derail otherwise sensible spending habits. So, it’s important to be mindful of this habit so you can work toward becoming “rich” in your own way.

Another thing that Hodes mentioned in the paragraph about being “easily influenced” was the media and the effect it has on our budget. Nearly every platform of media covers celebrity culture where there’s a very dominant portrayal of a specific kind of “rich.” This sensationalized, glamorous, and materialistic tornado we’re all exposed to on a daily basis is party to blame for many of us not feeling rich in our own lives.

For me, it’s difficult not to allow the media to influence my spending, and I know that it causes temptation to buy things I don’t need. (For example, I’ll read an interview online from a celebrity with incredible skin, who says she uses a particular pricey moisturizer and the next thing I know, I’m running out and buying it.) We’ve posted articles on TFD before how trying to achieve a “perfect life” on social media can ruin our finances, and more people suffer from it than we realize. For me, it’s hands down the single biggest thing that’s keeping me from feeling rich in my own life, and no matter how much money I make, I need to remind myself that that kind of celebrity lifestyle shown in glossy magazines is not normal.

The article on CNN Money linked above is definitely worth reading in full since it’s filled with a lot more tips and insights into how to fix bad money habits and behaviors. It’s not at all difficult to find stories online of people who make what is objectively a lot of money and still don’t feel rich (which seems like it would be impossible but it’s not). We each need to critically think about the kind of financial future we want for ourselves and be smart with our money by unlearning the bad habits that might have become commonplace in our lives. For me, I know that my path to wealth will be paved with equal parts smart money choices and good habits I build over time; I know I have to build a strong foundation now for when I make more money later on. It’s not impossible, and resources like the article above are crucial to being realistic and savvy.