The Surprisingly Good Money Lesson I Gained From Having Wealthy Friends 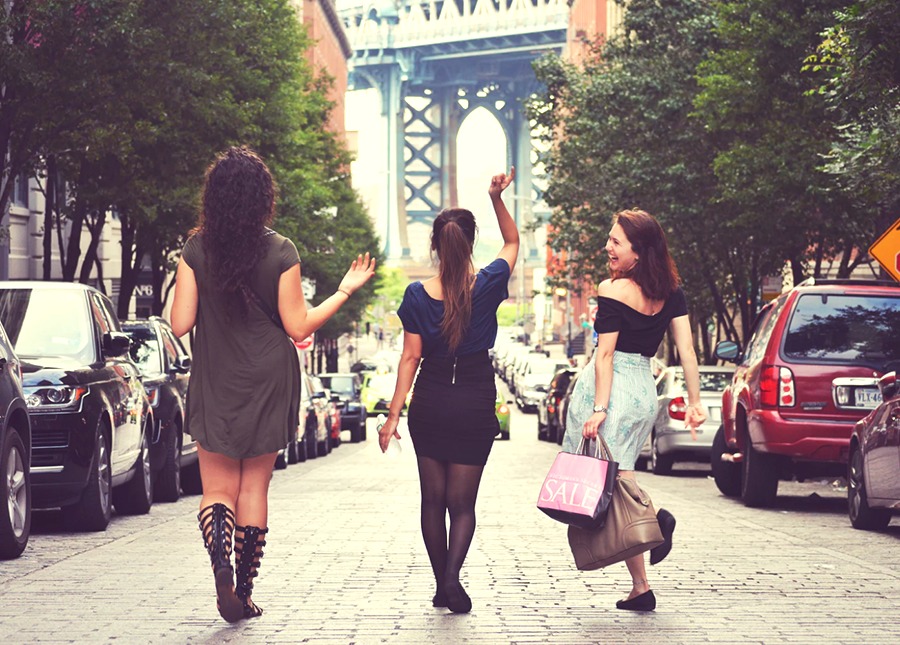 Growing up, there was always a very clear undertone to the way I was told to live my life. Dream, my parents told me, but dream practically. I remember being sat down by my father at seven years old and being told that my ambition of becoming an actress/singer/author/illustrator was simply not viable, and I should instead focus my efforts on a more steady career path for the good of my future family. Now, I’m not saying that this is bad advice, but it does seem a little cutthroat for someone who was still working on learning their time’s tables.

This is not meant as a dig at my parents. After all, they were only drawing on experience — unrealistic dreams wouldn’t pay the bills or grant the regular holidays abroad we had become accustomed to, but my father’s stable, mind-numbing bank job certainly did. This is a mentality a lot of people are raised on, for good reason, and one I totally respect and have conformed to my whole life. I didn’t grow up poor (the bank job was middle-grade and fairly well paid), but my mother couldn’t work and my father’s approach to money was highly unpredictable, meaning that our financial situation always felt precarious. At one point, my father left my family, partly provoked by in a midlife crisis spurred on by miserable his job made him. Our household income effectively dropped to nothing bar the (meager) child support and state benefits my mother received. That gave me a real understanding of what it means to not have a lot of money. It also left me with a constant fear of not having enough.

I spent my university years at an elite institution (funded by government grants), surrounded by peers who grew up in much more affluent households than me, and some of those people have gone on to become close friends and, in one case, my boyfriend. I love them all dearly, but there is an indisputable difference in their attitude to life which I believe is largely a result of their continued access to wealth and financial stability growing up. There are plenty of articles on TFD about how having a solid emergency fund allows you to feel able to happiness because you can take risks since you have enough money in the bank to catch you if you fall. This effect is magnified one hundred times over when you come from a family who is willing and able to support your ambitions, both emotionally and financially. Not only does this allow parents to invest in their child’s business ventures or pay for their rent while they try and make it in the big city, it enables them to encourage their children to dream without limitations since they will be able to support them should they need it. This inevitably instills a different set of priorities in those children once they are fully grown: dreams first, practicalities after. This is not to say that all children of financially stable families are frivolous and irresponsible — and indeed, many wealthier parents choose not to support their adult children — but rather that experiencing financial stability through childhood and adolescence means that they often feel more able to chase happiness and trust that the financial side will work itself out in a way that children of less affluent families would find difficult to embrace.

After I graduated, I found myself in the incredibly fortunate position of having two job offers on the table. One was a fairly prestigious graduate scheme with the UK government with a very good starting salary and earning potential. It was about as stable as you can get. The only problem is it was an HR scheme, which I had applied to halfway through my final year in a desperate attempt to feel like I had some control over my life, and the idea of committing three years of my life to the scheme only to come out qualified as an HR professional (which I really didn’t want to be) filled me with dread. The second job was in publishing, a notoriously underpaid industry I’d been working towards breaking into for the past two years but had never really believed I’d make it into because of how competitive everyone told me it was. The starting salary wasn’t as high as the HR job but, to my post-student brain, still a very decent amount of money. However, when I got the publishing offer, I broke down, not out of happiness but in distress. I didn’t think I could turn down the graduate scheme — how could I refuse something that stable, with that much earning potential, for an entry-level job in the incredibly volatile arts sector?

However, when I phoned my boyfriend, he was shocked I was even considering saying no to a job in publishing, an industry I loved, which was still more than well paid enough to enable me to support myself. Of course, I know that having any job waiting for you when you graduate, let alone a well paid and prestigious one, is incredibly lucky. I understand how fortunate I was to get the HR offer, and I’m grateful. Still, I knew I was about to accept a job which I knew wouldn’t make me happy because I hadn’t been raised to believe that I was the kind of person who got to do something they loved. I am grateful that my boyfriend was there to show me a different perspective, which largely came from his wealthier and more stable upbringing.

I’m now two months into my publishing job, and I haven’t looked back. It goes without saying that this is a first-world problem, and of course, not everyone is able to “follow their dreams.” I don’t have dependents, a mortgage or even a car, and so was very fortunate in that I was able to keep my costs low. I’m also a firm believer in the idea that work is not the only place, or even the main place, in your life that you can draw fulfillment from, and we all know there is no such thing as a perfect job. Nonetheless, this experience has confirmed to me that if you can afford to and want to, you should take the (calculated) risk for the good of your future happiness, and this is not a place I could have got to without the influence of my wealthier friends. Of course, to have this attitude you need to have some level of financial stability yourself — so I’m off to build my emergency fund.

Charlotte Sagan is a recent graduate trying (and so far succeeding) to make rent in one of the most unaffordable cities in the UK. She spends her spare time baking, drooling over home decor and finding excuses to visit the neighbors and pet their dog.