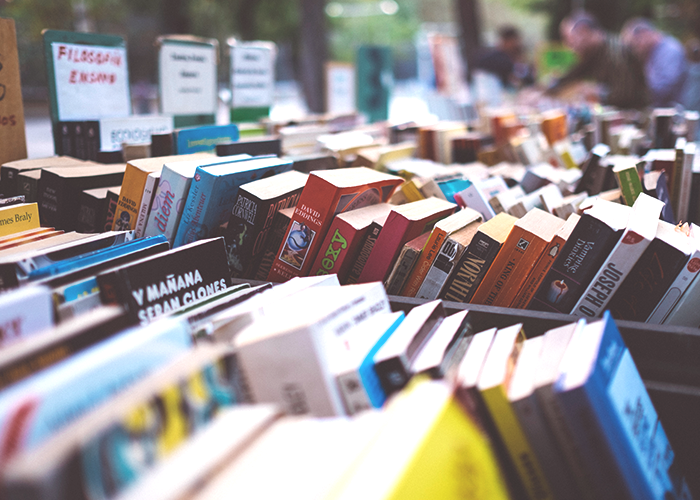 When I was little — and I’m talking, like, three years old, so please forgive the deeply un-feminist clause that follows this aside — I was convinced that grown-up women only wore high heels.

I don’t know why I thought this. Maybe it was the cartoon movies I adored. My mother sure as hell didn’t wear heels every day; she had very small children to run after, and heels have never really been her thing. But I coveted her shoes nonetheless, and threw a fit any time she picked a pair that was anything less than two inches off the ground. Whenever I got lost in Nordstrom’s, my mom knew where to find me: the shoe salon.

So it’s not surprising that my first real purchase ever was a pair of heels. Wedges, to be exact: they were pink eyelet, with a high espadrille

heel and ribbons that wrapped around your ankle. If a ballerina decided to go on a beachside vacation, these would be her shoes. (If they sound hideous to you, trust that they’d be very much in style right now. Fashion is weird like that.) I saw them in a magazine, called the number in the credits, hunted the shoes down, and then saved my allowance until they were mine. I vowed to wear them every single day. I would be a woman who wore heels.

“Every single day” amounted to a week.

For one, it was difficult to walk the mile-plus that spanned my middle school campus. The ribbons also came undone constantly, and the canvas upper rubbed at my foot and gave me blisters. I eventually gave up on wearing the shoes with any regularity, but kept them, both as a symbol of what I could do if I saved my money, and also with the idea that maybe one day, I’d become the kind of woman who wore shoes like that.

But shoes like that followed me for years, even if I never did become that kind of woman. I kept buying heels — I keep buying heels, if we’re being honest here, it’s a habit I have not quite been able to break. I knew I would not be comfortable in them some hours in, and even though I lived in a city that demands you walk everywhere. New York is a place where heels are a status symbol as much as they are anything else; if you’re wearing them, chances are you’ll take a taxi home at the end of the night. And that cab ride is an invisible marker, a signifier of means, that you can spend $20 without really thinking that much of it. I am a writer; I have never been that kind of woman, either.

All of this talk — this phrase, being “that kind of girl” — is rooted in something that conditions us to want to be other. To not be “that kind” of girl, to be “different from other girls,” better, chicer, more sophisticated somehow. As if to say that there is a certain kind of girl to be, that there is a lesser version of any one woman or human being. There is not, and it’s a thing that I hope gets stamped out of society and very soon. Because until it does, a great many of us will turn the phrase over onto ourselves, and think that we want to be that kind of girl, because we have been conditioned to want to be her, because she looks pretty and chic and cool. And when you think you do want to be here, are you then saying that whatever you are in that very moment is less-than? That you could stand to do some improving, and maybe it wasn’t a shopping spree that could wholly fix you, but damn it if you weren’t going to try? I have my suspicions that the fact that we are often taught thinly-veiled self-loathing as a very specific kind of humility is somewhere in this mix.

It is a constant fight, because society is constantly ramming this self-hatred as self-improvement down our throats because they can and it’s how they make money. But before I realized this, and before I tried (and am still trying) to actively combat the narrative in my own mind, I have tried to become a lot of girls, through the things I wear and what I do and where I go. And I’ve spent a lot of money in the process, forking over literal thousands of dollars every year to try to become a smaller, skinnier, tinier version of myself, the effortlessly fit kind of woman who does actually put a lot of effort into the very boring process of being fit. Someone who was “toned” and “lean,” even if those are bullshit buzzwords designed to make you feel inadequate with whatever you body you have. I bought a lot of clothes that didn’t fit me, or barely fit but gaped at the seams, thinking they’d be motivation and if I just committed myself, with this dress or those jeans hanging on the wall as a reminder, I’d get there. I never did. I still have a lot of those pieces in my closet, the tags reminding me just how much I’ve spent.

And I tried to be the woman who was always on trend, the one who had that one striped button-down that designers deconstructed into a blouse that you’ve probably seen everywhere lately, or an off-the-shoulder top or a cold shoulder or whatever it is they call it right now. But the “It” items of clothes never seemed to lay right on my body, and anyway, the second I got used to taking a risk with something, it would be out of style just as quickly. So I tried to become the woman who was always in one uniform, and bought three pairs of the same black jeans and a few pairs of the same ballet flats, but I learned that I don’t like a concept being imposed on me, even when I’m the one doing the imposing. On the plus side, the jeans ended up not being the worst purchase — I wear them even now — but fashion is about making your own choices, and some days I want to wear a dress.

But of those dresses, I learned very quickly that if I buy them in colors that aren’t black, I won’t wear them. And I have spent a lot of money on a lot of very pretty dresses — fun dresses, patterned dresses, dresses with pockets! — only to realize that they weren’t very “me.” You know that woman on Pinterest in a sheath and heels (again with the heels) and a satchel on her arm? Yeah, I’m not her. Lilly Pulitzer and Ivanka Trump would hate me — and I am not losing sleep over that. Morticia Addams and I would get along alright.

You see, it’s one of those things that happens like clockwork: once every few seasons, I’ll get this idea in my head that I should be a certain way, and that life would be easier or simpler because of it. I’d spend less time getting ready in the morning, I’d get a promotion at work, I’d find a boyfriend. All of the things that we are told to “want” to be able to do. But spending money in the effort to be that kind of person gets you nowhere. I think, on some level, you either are or aren’t that person already. You either are or aren’t someone who gets out the door in 10 minutes and doesn’t fight the snooze button and need two pots of coffee. You either are or aren’t someone with the drive to work hard and stay late and take on the extra projects; you can’t buy work ethic. And you either are or aren’t in the same place at the same time as the person who is supposed to become “yours.”

Because the fact of the matter is, there is no one store where you can buy a new life for yourself. There is no one thing that will transform you into an It girl or a cool girl or any other kind of girl. Instead, you’ll be the same you — only with that new thing. Having an It bag doesn’t make you any kinder or wiser or funnier than you were before you got the bag. It just means you bought a bag with a certain label on the inside. You still have to work at the other parts

of your personality, and I hope to god you work at them every single day because they’re really, really important.

They will try to sell you her, this version of you with x or y or z accessories, like you’re a Barbie who can be augmented and repackaged and sold as something else. If something speaks to you genuinely, it was meant to be. If you have to be convinced, though, there’s likely a reason for that. And more and more I have come to realize that it’s because that woman they’re trying to sell you never existed, and she never has and never will. All that exists is who you are and who you will wake up tomorrow to be. The rest is fun, sure, but it’s not permanent. And often, it winds up being a distraction.