A Cost-By-Cost Breakdown Of How Much I Save Buying 9 Common Foods Pre-Made Vs. Homemade 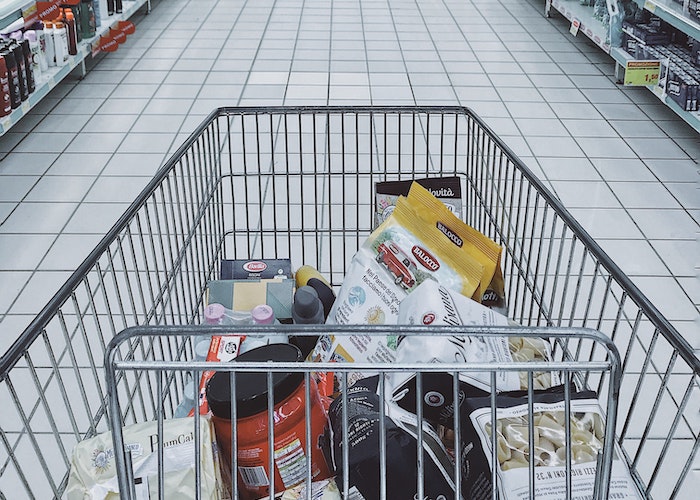 Just because it’s made from scratch does not make better.

As 2020 introduced many of us to sourdough starters and trendy loaf cakes, we were possibly led to believe that making everything from scratch was cheaper, tastier, and more rewarding — which can be true! There are many foods totally worth making from scratch, but there are those that aren’t. Some foods you should feel empowered to buy pre-made because it’ll either saves time, money, or both.

That isn’t to say there isn’t value in a laborious culinary project and the joy it sparks from nailing a difficult recipe, or learning how to make a complex recipe at home. I still plan on teaching myself how to make cannoli next week, even though I’m sure buying pre-made shells is probably cheaper and obviously easier (considering I know I’ll most likely end up tossing at least two batches). But playing and experimenting with food as a labor of love aside, it’s OK to get your ingredients made for you. In fact, in my opinion, there are certain foods that are actually better to buy pre-made. Here are some examples, with cost of labor and ingredients factored in.

Any professional baker will tell you puff pastry is extremely labor-intensive. My source (aka, my chef husband) tells me a lot of restaurants actually buy puff pastry pre-made because the cost of labor is just not worth it, even though the ingredients are technically cheaper. According to Kitchn, Pepperidge Farms frozen puff pastry dough will run you $4.69  and $0.27 per ounce. If you make it from scratch, it’ll cost you about $2.00 in ingredients, or $0.13 per ounce. So, yup, totally cheaper, ingredient-wise. However:

A lot of restaurants actually buy puff pastry pre-made because the cost of labor is just not worth it.

Suffice it to say, making puff pastry from scratch is definitely better suited for a more seasoned baker or one who’s willing to accept a challenge. At the end of the day, unless you’re okay with dedicating time and patience to the task, buying puff pastry from the store is totally acceptable.

The good news is that making your own pasta (marinara) sauce isn’t hard. You just need olive oil, garlic, onion, five fresh tomatoes, fresh basil, honey (or sugar), salt, pepper, and whatever spices you prefer (like oregano, thyme, etc.). The Kitchn ran the numbers and the ingredients came to $4.06 and $1.02 per serving. A standard jar of marinara sauce? Kitchn used Newman’s Own, which cost $2.99 for a jar, or $0.50 a serving. Yup, it’s typically more expensive to make your own pasta sauce from scratch. But here’s the thing: A lot of people prefer to make their own sauces because maybe it connects them to their heritage and family (every person I know who loves to make their own marinara sauce does so because of a relative who made it for them) and it can often taste better and fresher. Plus it’s not that time consuming; you can normally let it simmer for a while and commit to other activities during the day while your sauce cooks. Ultimately, it’s up to you — but a jar of pasta is cheaper, tasty, and technically more convenient.

You’ve had filo (or phyllo) dough if you’ve eaten baklava or spanakopita. It’s this crunchy, delicious dough that gets fried and is usually paired with honey and pistachio, or spinach and cheese. What makes it pricey isn’t the list of ingredients (which is just flour, water, vinegar, olive oil, and lemon), but the methodology and equipment. First off, similar to puff pastry, what makes filo dough’s texture so special is its thin layers.  You get these thin layers with a pasta machine (which can cost anywhere from $50 to $150). You can use a rolling pin, but it’s a *lot* of physical, hard effort. You can buy phyllo dough from Target for $3.99, and even professional chefs will say that the pre-made stuff is absolutely worth it, unless you specialize in Mediterranean baked goods.

Even professional chefs will say that the pre-made stuff is absolutely worth it.

Unless you have the equipment to make your own pasta (which costs anywhere from $50 to over $300 if you want a KitchenAid), it’s super difficult to roll out your own pasta dough, because ideally, you want it very, very thin. Cost-wise, it’s actually more expensive to make your own pasta if you’re including the pasta maker, which I am. Ingredient-wise, DIY pasta will cost you about $1.50, but probably a couple hours of work (per Busy Budgeter). You can find a box of pasta at the store for about a buck ($1 per box / $0.25 per serving). If I’m ever craving fresh pasta, I generally will splurge on a package of homemade pasta from a specialty store (it’s $6 for tagliatelle pasta from Eataly). 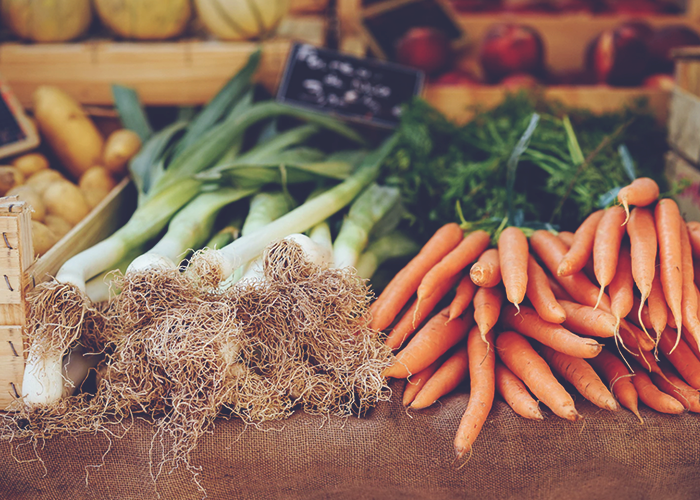 Budgeting / Grocery Tips / Shopping Smart 9 Reasons Your Grocery Bill Is So High, & How To Lower It

If you own an Instant Pot, then you know it has the capabilities of making DIY yogurt. But the question is: Should you make your own yogurt? It depends, really, because some folks who have access to super fresh, not super-pasteurized milk from local farmers may find using that milk to make yogurt creates something super creamy and delicious — and worth it. But if you don’t have access to those premium ingredients (which can be pricey, and prices vary from farm stand to farm stand), will your homemade yogurt really taste any different from the kind you can buy from the store? Eh, debatable. Usually, since store-bought yogurt has some preservatives, it’ll also have a longer shelf-life, which is also a plus. Kitchn breaks down the costs: Stonyfield Yogurt will set you back $3.99 for a 32 oz tub, which comes to $0.50 per serving. Homemade yogurt, for which you just need milk, costs $3.09 (more if you’re using farm stand milk) which comes to $0.24 a serving (again, more if you’re using the high-end milk). Homemade yogurt also takes about 7-8 hours to make. Ultimately? Unless you’re really interested in making yogurt, it’s more cost and labor-friendly to just get the stuff from the store.

It costs about $0.60 per loaf to make your own sourdough (flour, water, salt) — but that’s not counting labor, and as you’ve probably seen in your Instagram feeds, the key player in sourdough is the sourdough starter (which is truly a living thing that needs to be regularly fed or else it dies — no I am not talking about a Tamagotchi), which takes a week to make. And it’s a bit of a science experiment, so if you’ve never made sourdough, expect to toss a lot of starters out.

It costs about $0.60 per loaf to make your own sourdough…. but it takes about a week to make.

So here’s the thing: Sourdough is cheap to make, but it’s time-intensive. You have to check your starter multiple times a day, and you can easily mess up if you’re not babysitting your starter (there’s a reason why Connor Roy gives his dad sourdough starter for his birthday in Succession — although the vision of Logan Roy making bread is hilarious and would have made for a great bonus episode). If you’re down to play? Do it. If not? Don’t feel bad about buying sourdough from the store, which is under $4 at Target.

Unless you really enjoy making nut butters from scratch and have the equipment to do so, (which can be costly, since you need a lot of horsepower), it’s generally less expensive to just get it from the grocery store (unless, fine, you’re buying the really fancy kind from Whole Foods). It also depends on which nuts you use and from where, but it can cost anywhere from $0.2 to $o.3 per ounce to make DIY peanut butter, while it costs $0.2 per ounce to get yourself JIF Creamy PB (however, we will say, the cheaper the store-bought PB, the more sugar it likely has). Costco’s organic PB which is on the healthier spectrum of the peanut butters costs around $o.21 per ounce, which still makes it cheaper to buy versus make yourself.

I was actually emotionally appalled to learn that making pancakes from scratch is technically more expensive.

Last but not least, and I’m having a tough time adding it to this list because I prefer to make it from scratch every single time out of some kind of emotional obligation to nobody:

The cost of DIY pie dough may set you back $2 to $3. All you need is a couple cups of flour, a bit of sugar and salt, and sh*t ton of butter — usually two sticks, which can easily eat up most of the costs, since butter is getting more and more expensive. Premade pie dough, however, is about $3 from Target. The journey to DIY pie dough is an arduous one: it involves a lot of kneading (your arms will be sore the next day), and you need to chuck it in the fridge overnight to solidify your dough and make sure it’s easy to work with the next day — which it rarely is, anyway, especially if you choose to make your pie dough nice and buttery.

The journey to DIY pie dough is an arduous one: it involves a lot of kneading and your arms will be sore the next day.

I’ve made countless pie shells from scratch and it generally takes me at least a day and a half, and then I’ll usually spend 20 minutes crying when the pie dough rips or sticks to the counter or one of my lattice strips breaks because it’s become too warm. But at the end of the day, it’s worth it to me. If you haven’t grown a huge attachment to your pie dough, then buying pre-made is 100% worth it, and probably more efficient.

With that said, it’s your journey. What are *your* favorite things to buy pre-made versus foods you’ll always make from scratch?