What Actually Happens Financially When You Avoid The Doctor 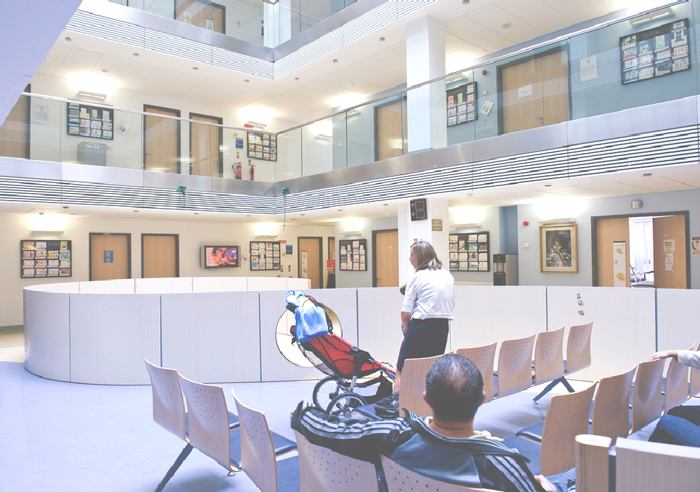 You know how sometimes toddlers are obviously exhausted, crabby, and crying, but they refuse to take a nap until they can’t keep their eyes open? That’s how stubborn I am about going to the doctor. I’m not afraid of the doctor or anything. Maybe it’s because visiting one feels like admitting weakness. Maybe it’s because I virtually lived in doctors’ offices as a kid.  Maybe it’s because I was partially raised by a man who cut off his thumb with a table saw, then wanted to make sure all of his tools were in the van before going to the hospital. But I think a lot of it is that I am hesitant to spend money on a doctor’s visit, unless I absolutely have to go. As I’ve gotten older and have had to concern myself with things like medical bills and medication costs, that reluctance has been further cemented by my chronic need to be frugal.

To be clear, this isn’t a trait that I’m particularly proud of. For the most part, I’m very glad that I’m cautious about how I spend, but in the case of not going to the doctor’s because I’m pinching pennies, I realize it’s not the right choice most of the time. It comes back to haunt me more often than not. That being said, after The Incident that almost landed me in the hospital, I was at the very least able to admit that I had a problem, and needed to address it.

It was July, I was eighteen, and my freshman year of college was only a few weeks away.  My mom, who lived a couple thousand miles away at that point and was in the process of switching jobs, called me a few days before The Incident with a warning:  “Don’t get sick. Don’t get hurt. My new insurance doesn’t kick in for another month.”  It’s possible that for some people, that wouldn’t seem like a huge deal. But for people like me, whose levels of klutziness could be scrutinized for centuries (I once dislocated my knee four times in two months, for example), it’s a justified cause for concern. I took extra care when climbing the stairs, and I paid strict attention to where sharp objects were in relation to my body, and I tried to remember to watch where I was going when I walked. But I ended up, unfortunately, getting very sick regardless of my precautions.

To make a long story short, I spent an afternoon picking blackberries for homemade jam, and was devoured by mosquitoes in the process. I’ve always been especially sensitive to mosquito bites, so by the time I arrived home that evening, the lower half of my body was covered in itchy, quarter-sized bubbles of misery. A few hours later, I was covered in even itchier scabs because I had sharp fingernails and no self-control. By the next afternoon, I noticed that one of my bites was infected. They progressed, and the infection spread, until it was out of control.

As you can imagine, my legs looked disgusting. I spent a lot of the next couple of months keeping them covered in loose jeans, despite the summer heat. I figured that the obviously rampant infection wasn’t exactly good news, but I also figured that it would go away on its own with enough time and diligent cleaning. Mostly, though, I kept them covered because I didn’t want anyone to worry about me, and they were looking worse everyday. I have a very protective family, and if they found out that a big reason I wasn’t getting them checked out was because I didn’t have insurance, a physician, or the money for a doctor’s visit, they would have offered to cover the bill for me. And crazy though it may be, I would have taken my leprosy-looking legs over that kind of blow to my pride any day.

After a few weeks, however, my frugal mentality (in this instance) was seeming farther and farther off base, and I was worried. The infection had progressed to the point that I could barely move. The scabs had turned into huge, super-sensitive, pulsing, discolored lumps. I was spending most of every day in a hot bath because it was the only way I’d found to relieve at least a little of the pressure — and it was spreading, so it was hard to cover up.

Funnily enough, it was vanity that saved me in the end. Starting college as That Wincing, Limpy Girl With The Rare Leg Disease didn’t seem like the best way to go. I finally showed my dad how bad the infection had gotten and came clean about how much it hurt. He was furious that I’d spent the last six weeks lying to his face, but finally, we got me an appointment in an exam room.

Humiliated but determined, I explained to the nurse what had happened. She was absolutely shocked when she assessed the damage. I didn’t have mosquito bites. I had boils. I had, according to the nurse, one of the worst cases of impetigo (a highly contagious bacterial skin infection) that she’d ever seen. And letting it fester for six weeks had been a huge mistake. It only took one shot, some herculean antibiotic cream, and three days for me to feel and look miraculously better, but according to my doctor, I had been a half-step away from landing myself in the hospital.

In many cases, impetigo is not a big deal. But because of my stubborn refusal to drop my pride and a little money early on, I wound up with weeks of pain, major scarring (which mercifully faded after a few years), and ultimately, a bigger medical bill than the one I’d been trying to avoid in the first place. If there’s one thing I’ve learned it’s that, within reason, you shouldn’t take chances with your health, regardless of the costs. And, in my opinion, often times taking care of a medical concern early on is much cheaper than it will be once it’s raged out of control. I know that now, and I also now know that many hospitals and treatment centers offer payment plans or financial aid programs that you can apply for if your bill is more than you can handle. I guess the real lesson in all of this is that sometimes tapping into my savings and/or swallowing my pride to ask for help when I need it (if it’s available) is preferable to walking (or limping) around with a staph infection, living in my bathtub, and wearing sweatpants in 110-degree weather.