What Coping With My Father’s Death Taught Me About Money 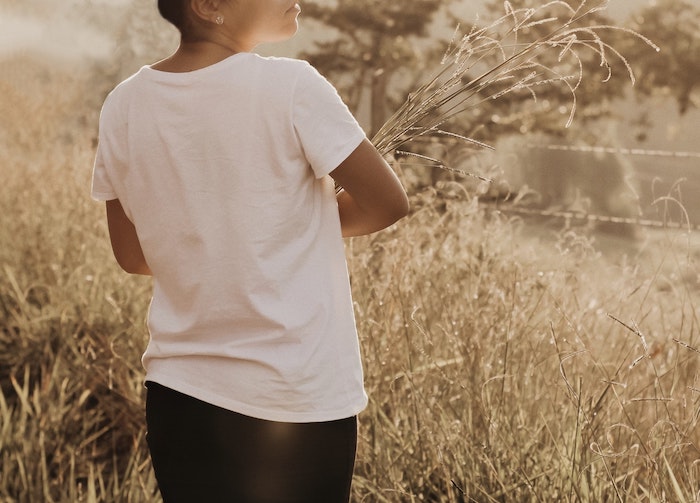 When I was six, my father passed away suddenly. I wasn’t aware of it at the time, but his work held a life insurance policy in his name, and his will named my brother and me as the sole benefactors. Many years later, when I turned 18 and was about to head off to university, my mother sat me down and told me about the money. At the time, I didn’t have a strong reaction. I was fortunate enough to grow up without having to worry about money. While I was always aware that the reason my mother worked as many hours as she did was to provide for us, I never needed to get a job to help pay the bills. My mom’s hard work made that possible.

Off I went to university with the knowledge that, within reason, I didn’t need to worry about money. While the sum that was left to me wasn’t a life-changing amount, it would be enough to pay off my student loans and keep me afloat during university. But alone in a new city, unhappy and with deep pockets, my spending spiraled out of control. I never really had access to online shopping before, and the pocket-money purchases of my teenage years were limited to books and tacky accessories from Claire’s. Before university, I never ordered takeout, but now it had become nearly a daily habit, as I retreated further into isolation.

As my spending veered out of control, with weekly ASOS orders and uncountable Dominos pizzas, my guilt over my profligacy increased. My mental health deteriorated, I developed an eating disorder, and I just couldn’t seem to stop spending. I would deliberately avoid checking my bank balance, safe in the knowledge that there was money in there –  I just didn’t know how much. I was living in denial and was able to do so for a decent amount of time until the money ran out.

I say ran out. What I mean is that the money I had immediate access to ran out. My mother, in her wisdom, had invested most of it with a financial adviser many years ago, and I couldn’t spend that without first going through him. Since my spending was rooted in guilt and denial, I never approached him for money – doing so would have involved explaining what the funds were for, and I wouldn’t have been able to give him a good answer.

By 2014, studying for my Master’s degree, I was finally forced to acknowledge that I was running out of money. I couldn’t even put a number on how much I had spent, having dipped into several accounts over the years. In fairness, I was living in an expensive city, and many of my living costs couldn’t have been avoided, but there’s no denying I may have frittered away thousands. Even now, I don’t like to think about it. So as I entered the second year of my course, I dropped out and moved back up north.

As my mom pointed out, at this point – aside from some time volunteering in a charity shop and one very strange day when I was paid to help a man deliver some koi fish – I had never had a job. I was 23 and, with all the foolishness of youth, I assured her that I would be fine. I then paid six months of rent upfront, using up the very last of the money I could access, and I moved to a new city with no job and no real plan.

I really wish that I could tell you that at this point I got what I deserved and crashed and burned, but I actually found a job within a week. It was in retail and paid just enough to keep me afloat. However, once I finally began earning my own money, the true value of it really began to set in, and with this new understanding of just how much money I had spent over the years came a crushing weight of guilt. To anyone who hasn’t inherited money, especially from a very close relative, that guilt might seem strange. They left that money for me, why should I feel bad about spending it? But I always felt it should be saved for big life events, such as putting down the deposit on a property a year ago. And even then, I felt guilty for using the money as intended. So what’s the root cause of this guilt?

It’s pretty simple – I didn’t feel like the money was mine. It was always Dad’s money. I was refusing to take ownership of it and anything associated with it, perhaps as a way of preserving him in my life. As long as that money was his, there was some aspect of him still in my life. Not only was I trying to cling to what little part of my father I had left, I also always felt like that money shouldn’t have been mine. It should have been his, or at least it should have been my mom’s. I never felt that I deserved it.

These days, I’m getting better with money, though the shock of suddenly having to earn to live, rather than just hoping for the best, has taken some getting used to. I’m in an unusual situation financially, even now. I live in a flat that I own, thanks to a hefty deposit and a mortgage, but simultaneously, my sofa has a rip in it that I keep taping closed. This is all because I’ve drawn a divide in my head for where that money, which  I now am forced to admit is my savings pot, can and can’t be spent. I can use it for big things, for life-changing experiences, or responsible purchases like my home or a car. But to replace a sofa that I hate but functions just fine? I have to save up for that.

The difference is, this isn’t driven by guilt. It’s driven by practicality. Do I need a new sofa? Not really. Did I need to get a foot on the property ladder? Ideally, yes. I was able to do so, so I used the money when I needed it. When my job was making me miserable, I took a lump sum to cover my expenses for a few months so that I could give freelancing a go. I’m using the money sensibly, but also not beating myself up for it.

Did I earn this money? No, absolutely not. Do I deserve it? To that, I would have to say yes. I lost a parent, and while I would give it all up in a heartbeat to bring him back, I simply can’t. This was the only way he could contribute to my life, and there is no reason I should feel bad about using that money. As I know well, you can’t take money beyond the grave.

Bethany Fulton is a freelance writer living in Manchester, the UK, who spends the majority of her time reading fiction and overwatering her plants. You can find her on Instagram and Twitter.