How My Garden Is Saving My Finances 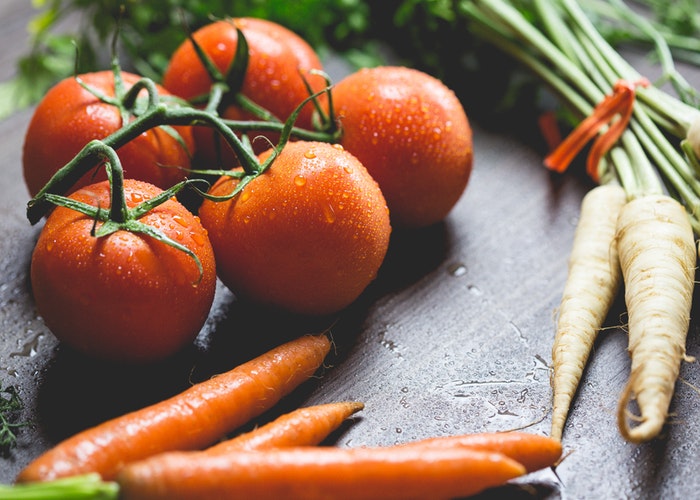 I never expected gardening to change my outlook on money. It was a hobby my therapist recommended, who suggested it as a form of “moving meditation.” I was skeptical.  Me? Capable of keeping a plant alive? But I figured since I was paying $80AUD ($53 USD) per hour for her advice, which I could barely afford on a low income, I might as well try.

It’s been a year since then, and every day I’m glad I took the advice. There are the obvious and small enjoyments that go with gardening, like sitting outside in the morning with a cup of coffee, observing the tiny seedlings pushing their delicate leaves through the soil. Or collecting a small bowl of salad greens, beans, or zucchini to go alongside dinner. I chose to mostly grow edible foods so, of course, I’m also happy to avoid the trek to the grocery store when I can. Alongside these benefits, however, there is a multitude of other unexpected ways in which my garden has helped shift my perspective on my own finances.

Food insecurity is a growing concern

After moving out to study five years ago, my income was in a constant state of flux. As a result, my mental health suffered. I was constantly worried about not having enough money to do all the things I felt I should have been doing as a student. I worked low-paying, casual jobs, and spent more than I could afford on university parties, brunches, bars, and events simply because I was trying to emulate the highlights of student life on an income that couldn’t support it. Even though my paychecks came with a wave of relief, when the money inevitably ran low, my food budget was the first to be cut. At times, I found myself priced out of fresh produce, and I relied heavily on cheaper, more processed foods. Eventually, I withdrew socially, as my anxiety about money grew. Even without the expense of socializing, I was struggling to afford food on my income.  I felt ashamed and guilty asking my family for help since they already supported me as much as they were able.

At the time, I viewed this as a rite of passage from adolescence into adulthood. Doesn’t everyone struggle this way? I held in my mind the often romanticized image of a university student, living exclusively on packet ramen and working long, hard hours to achieve their dreams. Still, my budget balanced on a tightrope: One unexpected expense, and I knew I wouldn’t be able to cope.  As my graduation draws close, my perspective has shifted.

Food instability is a growing issue, and those who live on a low income, like students, can be particularly vulnerable to hunger. I live in Melbourne, Australia, a city with a lot of access to community gardens, social food enterprises, and pay-what-you-can restaurants. I could lean on these if I really needed, and at times I did. I was lucky, as not everyone has access to these facilities if they need them. They created a safety net for me, and now, my garden is doing the same. While I have never put pressure on myself to grow all my fresh food, I know that I am capable of supplementing my diet with produce I may not have been able to afford otherwise. In this way, I have released some of the anxieties I have around the feast vs. famine cycle, and I feel more stable.

Getting the garden started

I was nervous about starting my garden. I never viewed it as a particularly economical hobby. I thought it would be expensive to buy good soil, tools, and seedlings. When I first began, I was already feeling the pressure of my budget, and I knew I couldn’t afford an activity that would be demanding on my bank account. However, my housemate had already made planter boxes out of discarded wooden palettes, and a friend was kind enough to deliver us some good soil. Along with our pre-existing compost and some money spent on seedlings, our share-house garden had the potential to grow food. I’ve saved money by collecting seeds from roadside herbs and supermarket vegetables. Some online stores also have low-income and student discounts. Friends have given me cuttings from their plants to grow, as well as knowledge on what works for them.

I used to be afraid of gardening because I felt like I didn’t know enough about nature, or have the proper equipment. I was afraid to fail, but I was also afraid to step into my own capability. But once I started, I realized that I knew more than I thought about growing my own food. My childhood was spent in a small country town, where farming was normal, and many families had at least an herb garden. As I began my own, I realized that going back a few generations into our family trees, most of us are connected to agriculture somehow.

How my garden is saving my finances

It also wasn’t as difficult as I anticipated. Most plants only really want enough water and sunlight, and they’ll be happy. You can plant them in pots from the thrift store, polystyrene boxes, old bathtubs, keep them on the windowsill or in a small courtyard… anything goes, and generally, most things work. It’s important to be open-minded in the garden, and let some things die (plot-twist: they sometimes come to life again!).

My garden is yet to be as productive as I’d like, but it is saving me money in small ways. Items such as fresh herbs from the grocery store can cost upwards of several dollars for a small bunch, and I could never use mine up fast enough. They’d often go bad in the fridge, and I’d think of my wasted money while looking at the slimy, wilted leaves. Now, I pick what I need from the herb plants that I have. Food waste now fills me with a little less guilt, as organic items such as peelings and eggshells can be composted too, and dug back into the soil to allow more food to grow.

Gardening has taught me to start small. I began with one patch of soil and cutting of a mint plant that I wasn’t sure would survive. Slowly, it grew, and new plants are added.

There’s a good reason that finance is abundant with gardening metaphors and idioms. As clichéd as it may be, if you slowly nourish your patch of grass, and you will no doubt watch it grow.

Megan Hanrahan is a writer and student based in Naarm ( Melbourne). She loves yoga, reading, and is always on the lookout for her next travel destination. She also has a dangerous addiction to her local garden center. You can get in touch and say hi on Instagram.