What Happened When I Stopped Wearing Makeup For A Month 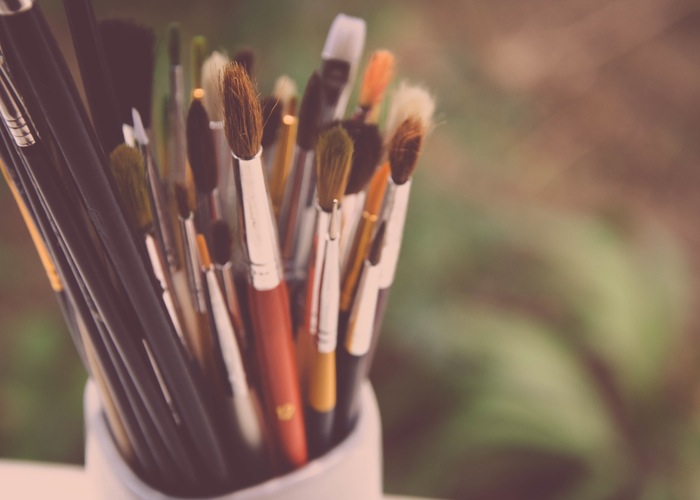 As many of you know (because I complain about it every chance I get, here and on Twitter), I have #ProblemSkin. It’s terrible for lots of aesthetic reasons, sure, and has engrained in me a fear of bodies of water that will probably take a lifetime to shake. (Nothing scarier to a teen with a face full of pancake makeup than a pool on a hot summer day.) But the biggest issue is, now, the money it demands from me. I have gone through a veritable Sephora’s worth of products in attempt to achieve the right level of coverage, glow, and natural-ness. None of it ever looked as good as I wanted to, and the best things I’ve found so far happen to be a bottle of sixty-dollar foundation and thirty-dollar spot concealer, which is just fucking insane. Yes, it’s worth it to invest in those things, but how quickly should I really be going through them? Should I really be entering the back half of my twenties afraid of my bare face? There had to be a better way.

So I resolved to spend a month without face makeup. I’m a week in already, but I admit that, for an engagement party I have next weekend, I am going to make one break in the streak. But come on. I can’t be taking pictures in my splotchy red glory for such an #event. Other than that, though, I’m going to be making my skin routine about what I do BEFORE the makeup would normally go on (religious about my masks, cleansers, and toners), and limiting my actual going-out-the-door routine to the things you see above. (I quickly tone, put a little Vaseline around my eyes and atop my cheekbones, which could be placebo effect but makes me feel sexier and glowier, use a little bit of that Nuxe night cream which I find is a great day moisturizer if applied lightly, and spray myself with dat canned water.) Yes, in total, these products are about 75 bucks, but it takes me forever to go through them. And they are the only thing that don’t leave me irritated and rashy. AND AND, I don’t use any of the other makeup that I would usually be using IN TANDEM with these products. If you are not beset by acne and rosacea, you could probably go for a less-expensive moisturizer and skip the toner altogether.

What’s important, though, is that I’m getting used to SEEING my bare face. Yes, I still do my eyebrows, put on some mascara and lip color, but it’s still radically different from changing my entire complexion every time I leave the house, and that feels psychologically important. I do believe that good, skin-appropriate products are important to invest in, but I also believe that it shouldn’t be a crutch for your self-esteem, which it was for me for the longest time. I’m excited to see the changes that will happen to my face from being able to breathe, but I’m also looking forward to the increased self-acceptance from just dealing with the fact that my skin isn’t perfect, but it’s MINE.

A month feels like a long time, especially when under harsh fluorescent lights on public transportation (every bad skin gal’s nightmare), but it’ll feel good once I’m on the other end. And I’m excited to see all the money I can save, just from using my makeup as an occasional boost instead of a daily necessity. I will never be one of those dewy, bare-faced girls all the time (give me mascara or give me death), but I can at least try their simpler lifestyle on for size. Except for things like engagement parties. =)