What I Learned About Money From Reading Cookbooks 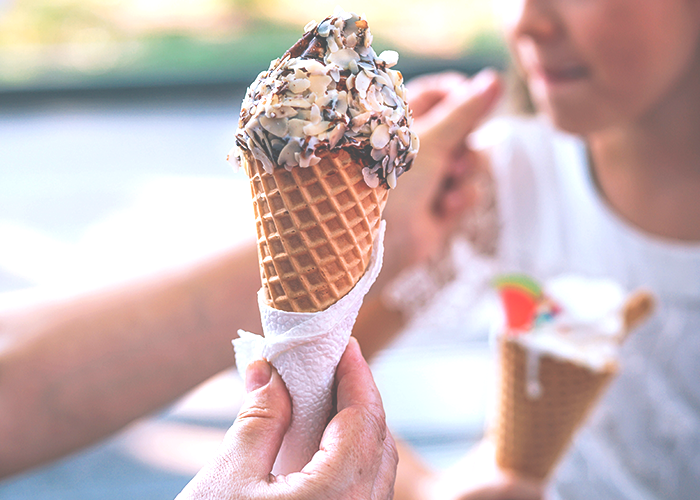 I love talking to my American friends about cooking, especially their love of Julia Child. I didn’t grow up with her, but I can feel so much love and comfort resonating with women of multiple ages whenever she comes up in conversation. She evokes dreamy images of butter, copper saucepans, and narrow Parisian streets. In a way, I love her, too; she was clearly a magnetic, adorable woman.

My two cooking heroes evoke very different images to me. The first is Jocasta Innes, who was a bit of a national treasure in Britain back in the 70s. Her career as a food writer and guru of decorating on a shoestring was born after she left her first husband. As punishment, he withheld money and gave her access to only limited contact with their children. For years, she eked out a living as a writer with a second, poorer husband. They had two more kids, and they occasionally saw her older children. Thus, she found herself with the necessity for recipes to feed many people on a small income, which eventually led to a number of beloved, best-selling books.

When I think of Jocasta Innes, I imagine a sexy middle-aged brunette in a catsuit climbing out of the skylight of the boarded-up, derelict house she’d just purchased from the council (which is what she was doing the first time she met her third husband, according to him). In her kitchen, I picture her feeding her children delicate fishcakes she threw together with leftover scraps of salmon from Tuesday and a coffee cup of mashed potato from Sunday’s lunch.  She is meticulous and intelligent, yet warm and friendly. She could make dinner out of the dried end of a loaf of bread and knew which ethnic supermarket sold the best halal meat and the biggest, cheapest drums of olive oil.

I sadly only discovered her through her obituary in the Guardian about two years ago. I was about to move to Paris for a year with my partner — my first encounter with the astronomical cost of city living. In preparation, I bought her cult classic The Pauper’s Cookbook

and not only discovered a wealth of brilliant recipes, but a different, more intentional way of buying and using food.

I took these lessons with me when I moved into our new apartment in the 6th Arrondissement. The first thing I did was look up where the nearest ethnic supermarket was and spent an afternoon filling a trolley with about 50 euros worth of kidney beans, chickpeas, lentils, herbs, spices, oil, and honey before staggering home with it all on the metro. A month later, I worked out that the Lidl I shopped at in St. Denis wasn’t open on Sundays, and that an hour before they closed on Saturdays, they dramatically marked down all of their meat and fresh produce. I would cycle back home, my basket packed with 150 euros worth of groceries I’d bought for 30, and as I parked my Vélib’, I would marvel at the fact that the exact same potted herbs and punnets of raspberries and blueberries I had just bought for 25-50 cents a piece were being sold at the boutique grocer near my apartment for 6-10 euros each.

My favorite recipe in Jocasta’s cookbook is Welsh rarebit, which is thick slices of stale bread with cheese, beer, mustard, eggs, and Worcester sauce cooked in the oven — so satisfying and comforting. She even notes in her cookbook that “men love it,” which is certainly true of my partner.

My other cooking hero is Jack Monroe, who started the blog A Girl Called Jack. She left her job as a firefighter because the hours were too long, and she couldn’t afford adequate childcare on her salary. This led to a terrifying year of unpaid bills, inadequate or delayed government support, and, in the end, the realization that she had to feed herself and her son on 10 pounds per week. She set about using only basic supermarket staples to make food that was not only nutritionally dense for her growing child, but that literally cost pennies per serving.

When I think of Jack Monroe, I see a scared single mother with a hungry toddler and a pile of unpaid bills at her door. A chilly, bare bones flat with no television, no heating. I picture Jack in her kitchen with her cropped hair and tattooed forearms, mashing up kidney beans and pressing them into burger patties, or picking all of the black currants out of a mixed bag of supermarket frozen fruit to shave a few pennies off of a recipe.

Jack blogs about austerity, and she wrote an incredibly moving “Hunger Hurts” post about the effect that a neglectful welfare state has had on her emotionally, the crippling guilt she felt at the idea of her son going hungry, and how the sight of an envelope on her doormat still had the ability give her an anxiety attack. She has become a powerful voice in the media, and through her creativity and resourcefulness, not only kept her child from going hungry, but also created a wonderful body of recipes for anyone to experiment with.

My personal favorite is her 9p kidney bean and cumin burger — a delicious vegetarian and vegan patty that makes an excellent meat substitute, as it delivers that satisfying “sinking your teeth into a meaty burger” sensation that I crave so often. I made the reckless financial decision of falling in love with a New Zealander who eats more meat than your average zoo animal, so I’m delighted to note that he loves these and happily eats them instead of 10 dollar burgers all the time. I like to batch cook and freeze them for packed lunches or dinners. They are most delicious between two slices of brown bread layered with ketchup, slices of tomato and a few pieces of really sharp cheddar cheese, also lovely with a side of fries.

For me, both Jocasta and Jack represent both a thriftiness and love of food that feels almost vintage. Before her death, Jocasta noted in one of the later additions of her books that her style of cooking went out of fashion in the 80s. People wanted to abandon wholesome cooking in exchange for public displays of affluence, swapping lentils and brown bread for steak dinners, cocktails and cocaine. But some of us are slowly gaining control of our finances, which for many people I know means reverting back to eating like hippies — lots of vegetables, beans, and starches. We’re shopping around, buying things on sale or in bulk, and embracing the art of treating the leftovers in our fridge like pieces of a jigsaw puzzle we can cobble together into a dinner.

It’s good to have feminist heroes that aren’t just stockbrokers in Armani suits and expensive high heels (though they’re important as well). Sometimes we need someone to look to when we’re eking by during a career change and pulling yourself up by the bootstraps when you get stuck somewhere you aren’t supposed to be. I always try to remember, as we all face the unpredictable nature of an uncertain future, it can’t hurt to know where to buy cheap spices in bulk or feed a family with half a loaf of stale bread or a jar of kidney beans.