What I Learned From Getting Rid Of 60% Of My Belongings 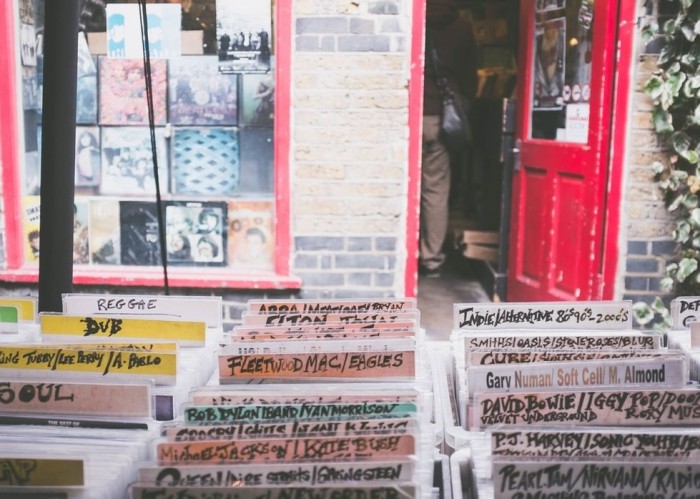 Last week, I had a pre-screening phone interview with a radio producer regarding a documentary about people who have gotten rid of a large portion of their belongings. She asked me questions about what spurred my decision to pare down, how I tackled my stuff and what was going through my head at the time. I think I had an answer for everything, until she asked, “Why do you think you were holding onto all that stuff? What was the emotional attachment you had to it?” I had to be honest. “You know, I haven’t really thought about that.” Of course, it’s all I’ve been thinking about since.

Two months ago, when I did a five-month shopping ban, I was still only focused on how this journey was forcing me to face and change my shopping habits. Triggers would pop up, I’d take note of what might have caused them, then I’d remind myself of the ban and that would be the end of it. I came to the general conclusion that I’d always used consumption as a way to make myself feel better, and that’s still a fair assessment. However, I hadn’t given much thought as to why I purchased the specific things I did, what value I gave them, and why I held onto 60% more stuff than I needed for all those years.

What I Used to Spend Money On

I wish I had kept my old credit card statements; the ones that I refused to look at, and only tore back the corners of their envelopes to see how much the minimum payments were, without making eye contact with the full balance. Those things kept me up so many nights, but now I’d give anything to look at all my statements from 2008-2011, because I don’t remember most of what I put on my two credit cards. There was a lot of alcohol. Alcohol, cab rides and late night fast food; that, I remember (surprisingly enough). But I don’t remember the other stuff. My purchase history was shredded and disposed of long ago.

What I do remember of that time period is that I was unhappy. I don’t know if I’m putting on my Captain Obvious hat, in saying that, but it’s true. I went through a tough breakup that dragged on for months, drank all the time, gained a ton of weight and was miserable. All my fun nights out on the dance floor made me think I was happy, but booze has a funny way of convincing you that you’re awesome. I wasn’t awesome. I was sad and lonely. So, I drank a lot, ate even more and didn’t workout (other than on the dance floor). And I spent lots of money that I didn’t actually have.

In the span of about six months, I moved into my own place and bought almost everything brand new. I’m talking clothes, furniture, home decor, a laptop, a TV, and even a car. Everything in my apartment matched (and looked like an IKEA catalog), everything had a place and everything had been put on my two credit cards. It was the most organized hot mess you could imagine, and it was all mine. When friends came over, they’d compliment me on how nice my place was, and say they wished they had matching furniture or even half of my library of books. Yes! I’d think. Someone actually wants something I have.

What I Was Really Shopping For

I’ve read a few different books on why we shop. In them, the general consensus seems to be that women are gatherers who spend great lengths of time trying to find the perfect things to bring back to their homes, and men are hunters who walk into stores on a mission to “make the kill” so they can get in and out fast. This notion is based on ancient history, when we collectively survived as hunter-gatherers. Obviously, the gender stereotypes don’t apply to everyone. We could, instead, just say “many people are gatherers” and “many people are hunters.” But I still think it goes beyond that.

In the personal finance blogosphere, there’s a lot of talk about defining your wants versus your needs. When we shop, we seemingly need each purchase to fulfill one or the other — preferably more needs than wants. But what if there was a third option to consider, before we bought anything? I’m talking about the value we place on these objects. For example, you might try on a new shirt and think you want someone special to like how you look in it. It’s not just about needing a new shirt. You’re making an emotional attachment (what you hope will happen) and placing a value (your special someone thinking you look good, and potentially giving you a compliment) on that shirt, before you even buy it.

My issue, throughout those few unhappy years, was that I attached a value to everything, and spent money trying to make people (including myself) think I had a good life. I didn’t just buy furniture because I needed it. I bought brand-new, matching furniture, because that felt like success to me, which is how I wanted to be perceived. I also bought a lot of things that represented the person I wanted to be. I filled my shelves with certain books I thought “Smart Cait” should read, or wanted people to think I’d read, and outfits that would portray a certain level of success. (Note: I didn’t read or wear any of them.)

I don’t like remembering that version of myself. I was so unhappy, and the only way I could think to fix it was to piece together what I envisioned a successful life looked like. But the matching furniture and decor, the new electronics and car were all a facade. And it’s taken all this time for me to realize that I wasn’t just spending money to make myself feel better; I was trying to hide the truth. I wanted people to think I was doing okay for myself. More than that, I wanted them to think I was happier/smarter/more successful than I felt.

There are a lot of articles online written by/for people who have a difficult time decluttering and getting rid of any of their belongings. I have to say, I was not one of them. In July, I went through every single closet, drawer and corner of my condo, and got rid of 43% of my stuff. Since then, I’ve continually made the effort to bag up/donate things I know I don’t need/won’t use, and have gotten rid of a total of 60% of my belongings. I can’t tell you how to declutter. There was no method to my madness. But I can tell you how I was able to let go of so many things, and it goes back to that question the producer asked me:

“Why do you think you were holding onto all that stuff? What was the emotional attachment you had to it?”

I was holding onto 60% more stuff than I needed for all those years because of the emotional attachment I had to it. And the emotional attachment was based on the value I’d given each item. There were the books I thought I should read, the clothes I thought I should wear, and the projects I thought I should tackle, if I was going to be the person I once thought I wanted to be. Or even if was going to be the person I wanted people to believe I was. But I know who I am now, and I like it. So, while I was decluttering, I was able to objectively look at those items, forgive myself for buying them, and say, “You don’t want to read/wear/do that. It’s okay that you bought it and won’t use it. Let it go.”

Now, I don’t know if there was ever a key defining moment that helped me figure out how to accept who I am, or accept that it’s okay if I don’t end up becoming this person I thought I should be. My guess is it’s a combination of the clarity that comes with sobriety, and continually doing things that will better myself, without any expectation of what type of person it’ll make me. Whatever the cause, it feels good. We live in a society where we’re told our appearances/possessions will fix our problems/enhance our self-worth. For years, part of my self-worth was definitely dependent on the image of my life and the approval of others, and I’m so grateful I’ve detached myself from that, and removed all the “stuff” that went along with it.