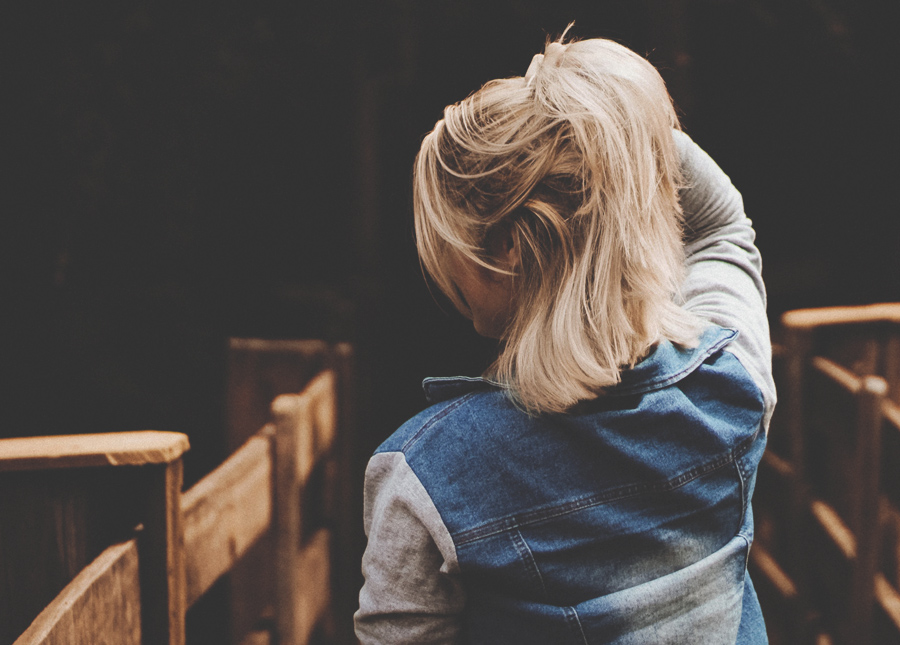 We get a lot of different questions from the loyal citizens of Bitch Nation. But certain ones keep popping up over and over again like some sick game of economic whack-a-mole. It’s clear our darling followers are desperate for advice on getting a job, for example. Take this question darling follower @evharley asked on our Tumblr:

Hey bitches, I am a recent graduate and have had internships my last year of college, but I am still not getting any interviews. I use the right sites, follow yours and Ask A Manager‘s cover letter and résumé tips but cannot land an interview. I look for jobs 4 hours 3 days a week and it doesn’t feel like enough but I feel so defeated. Is there something more that I could be doing?

What a miserable, frustrating situation. Searching for a job can easily feel hopeless, especially when you’re not getting any return on your considerable efforts. She’s working hard to get that elusive job and getting nowhere! She’s trying everything she can think of to get hired to no avail! She has done her time.  So what else is there to do?

If searching through job listings and applying to posted jobs just isn’t working, it’s time to change the game. Instead of looking for jobs, look for employers. Look for places where you want to work whether or not they currently have a job opening. Do not wait for a job to open up! Let them know they’ve got a candidate ready and waiting to fill their needs. Write them personalized letters that go something like this:

Obviously, you’ll want to spice it up with some of that sexy formal business letter language and fill it out with details that prove a) you’ve researched the company, and b) you really would be a good fit. Send it via email or snail mail or both (doesn’t matter) to the HR manager or whoever’s responsible for hiring. If you can’t find that information, send it to the head of the department you want to work for or the head of the company. And if you can’t find any contact information, use that “Contact Us” button on their website. There is always a way to get in touch. Some companies will add your letter to the circular file — that’s Baby Boomer speak for the trash can (look how culturally fluent I am!) — and some just won’t respond. But some might actually write back to say they’ll keep your information on hand for when something opens up. This last scenario is the goal. You want to put your name and credentials in front of them before a job is posted so that when they do need to fill a job… you’ll be the first one they call.

It worked for me. If you’re skeptical about the efficacy of this tactic… I don’t blame you. What kind of asshole applies to a job that doesn’t exist, amirite? But consider: this is literally how I got my first job. When I was a fresh-faced young college graduate, I knew I wanted to have a career in publishing. So I identified several publishing houses I wanted to work for and wrote to them all. Some responded. Most didn’t. Meanwhile, I worked at Borders (may she rest in peace) and nannied for a wealthy family while trying to keep up with my student loan payments. Four months later, my future boss emailed me to say, “Still looking for a job?” He really had saved my letter. And now all that effort was paying off. I did the dance of joy — and I waited an hour to write back so I wouldn’t look too desperate. I had a job interview scheduled by the end of the week, and by the end of that day I had a job offer. They never even posted the job. I was the only candidate. If I had waited for a job listing before applying, I never would have known they were hiring. And I would’ve missed my chance to get employed with a company I really liked. 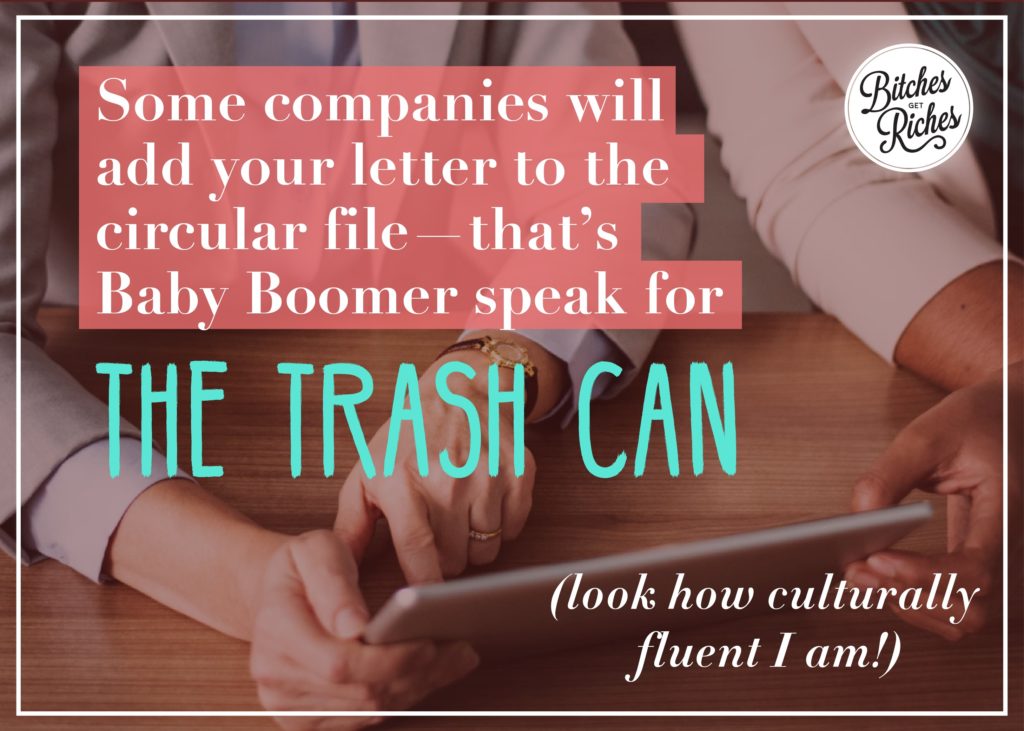 My husband loves fly fishing. He stands in a river all day swinging a stick around in between painstakingly tying tiny knots around fake bugs. And when he actually catches a fish, he throws that motherfucker back for reasons entirely unclear to me. (Says it’s “cheaper than therapy.”) Fuck that. I do not have the patience for fly fishing. If I wanted to catch a fish, I’d get me a big net and throw it into the water. Sure, I’d catch a bunch of lost flip-flops, used condoms, and empty beer cans, but I’d also have some goddamn trout in there in no time flat! And you know I’d eat those soggy little fuckers.

Let me be very clear: the advice above is not the only way to get a job, nor is it the only thing you should be doing during your job search. When you’re fishing for jobs, fish with a net, not a single hook. It’s faster, more efficient, and you’re way more likely to get results. Even if it doesn’t come with as many style points. You should still respond to job listings and send in applications like it’s . . . well, like it’s your job. You should still go to networking events and conferences and job fairs. Keep refining your résumé and cover letter and practicing your answers to interview questions. Any port in a storm, baby.

Why does this work?

Months into my first job, my boss told me his side of the story. He was impressed with my “initiative.” Which, believe it or not, is more than just a corporate buzzword! Writing to him before a job opened up proved that I was the kind of proactive person who thought strategically and got shit done. Not only that, but it showed him that I didn’t want just any job. I wanted that job. I didn’t want to work for just any publisher. I wanted to work for that publisher. You gain so much by throwing your hat in the ring early before the other contenders even know there’s a match to be won. And employers hate looking for employees almost as much as the jobless hate looking for jobs. Take it from a loyal citizen of Bitch Nation, @amaradangeli, who told us via Tumblr:

Speaking as the person in charge of recruiting, I will absolutely hang onto these [letters] and hand them over to the managers who are seeking employees at the first mention they might want a new person. And just so you know, we’re but a small company and we’re always looking for certain people on the DL. We advertise for positions we have to fill, but we also are looking for the *right* people for a few jobs we could fill but don’t necessarily have to.

Straight from the horse’s mouth! That’s all the encouragement you should need not to wait for a job to be posted before reaching out to someone you want to work with. It’s hard out there for a pimp. Which means you need to stop playing by the rules. Go on the hunt. Find what you want and ask for it before it’s even available. Good hunting. Or fishing. Whatever.