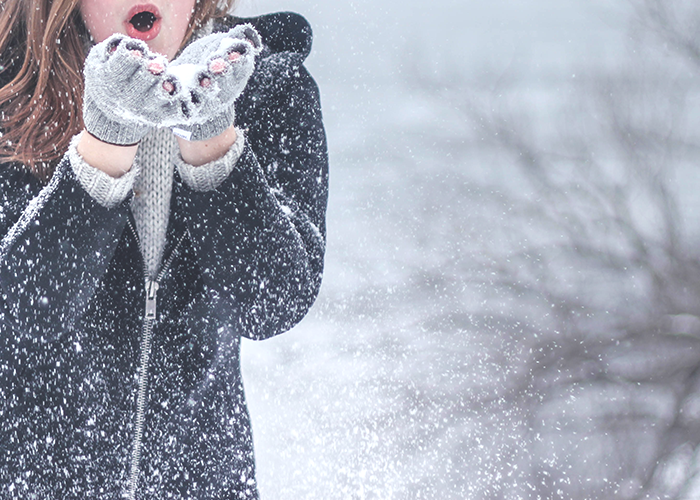 I love Christmas. Family. Relaxation. Food. And, of course, plenty of drinks (hot ones, that is — most of my family is teetotal). Like millions of other families, we start our Christmas day in front of the tree opening presents. But, this year will be a little different. I won’t be opening any presents. Not one.

When Tradition Becomes A Burden

About a month before Christmas, my family and I exchange a Christmas wish list. We’ve done this for at least a decade. When we were younger, surprise was a big element of the joy of Christmas, so we may have asked for types of presents: clothes, chocolate or gadgets. As we got older, we started becoming pickier about what we got at Christmas, and so we began curating wish lists. Then, we started realizing that we didn’t always need things straightaway, so we started asking for money. As well as seeming more like a game of monopoly, exchanging money at Christmas soon lost its spark. Feeling bored, we agreed that in 2015, we would exchange gifts again. The wish lists were back.

Early in 2016, I started reading about minimalism. Minimalism is about getting rid of what’s not important to help us focus on what is important. Many start by getting rid of superfluous material possessions. I’d understood the concept in the past, but it was only in 2016 when I found bloggers, whose message resonated with me, that I became interested. I read The Minimalists, Becoming Minimalist and Zen Habits everyday. Owning less. Simplifying life. Asking better questions like: How might my life be better with less? The Minimalists define minimalism as:

…a lifestyle that helps people question what things add value to their lives. By clearing the clutter from life’s path, we can all make room for the most important aspects of life: health, relationships, passion, growth, and contribution.

Since reading up on Minimalism, I’ve donated or sold around 50% of my possessions, I’ve been sleeping more, and spending more time on fitness and meditation. I feel lighter. I feel as though what I’m doing is right for me. I’m listening to my body and my mind for the first time. Other bloggers report that they have more money, more time and more energy since embarking on their minimalism journey. The best part of minimalism is that it doesn’t have to be about owning 50 or 100 possessions. Minimalism is about being deliberate about what you own, clearing the excess and being conscious of what you introduce into your life.

On one of their podcasts, Ryan Nicodemus (one half of The Minimalists) shared his story of telling his mom that he no longer wanted gifts. She told him that she supported him. She then said that if she spotted something he might like, she’d still buy it for him as a gift. In response, Ryan explained that if he received anything that he couldn’t get value from, he would give it away. She got offended. After some further discussion about how him giving it away could add value to someone else’s life, she came round to the idea.

An easy way to alienate people is to spring something on them, especially if that thing goes against tradition. The Minimalists suggest broaching the subject months in advance. Since you’re proposing a controversial plan, it’s best to soften the blow by telling your family as early as possible. That way, they’ll have time to get used to the idea. If you’re worried they’ll forget, make a few casual remarks leading up to the event and confirm their support. I told my family around six months before Christmas. In September, two months after I broke the news, I asked for verbal confirmation from my mum that my mum wasn’t going to buy the traditional box of chocolates.

My experiment came as no surprise, as I had been decluttering and simplifying my life throughout 2016. Asking for nothing material was in line with what I’d already been doing. Positioning “no gifts” as an experiment made it easier to gain support. Since I would not be receiving any gifts, I also clarified that I wouldn’t get any gifts for them, either. I think my family bought into the idea because it may be a one-off. They don’t know this yet, but my plan is to try the experiment for more than one Christmas. I have a theory: Christmas will be just as awesome. I will still spend time with my family, eat good food, and relax.

My sister pointed out that I’d be sitting with the rest of the family as they opened their gifts, so I will feel left out. In a way, she is right. But I have a different perspective. I’m there with my family. I’m there sharing their experience of opening their gifts. I’m there listening to them give thanks to one another. I am very much a part of the experience, and I don’t see gifts as essential. Whereas, in previous years, I’d have been wrapped up in the gifts I was opening, this time I’ll be able to be more present in the experiences of my family.

A big family dinner is an important element of our Christmas celebration. It’s the event I look forward to most. For a long time, the gifts have been the least important aspect. Why? During dinner, I’m there with my family; I’m there sharing their experience and listening to their appreciation of good food.

Showing Appreciation at Other Times and in Different Ways

“It’s the thought that counts.” I strongly believe in this saying. It is the thought that counts. Like many of us, I have used national holidays to show my appreciation of my parents and family: birthdays, Christmas, Mother’s Day and Father’s Day. Since I became an adult, though, I treat my family to lunches and coffees outside of holidays. I’ll do it more at random throughout the year. We often use these holidays to show our appreciation, but we can actually show our appreciation any time. And we don’t have to show our appreciation through physical gifts. I used to go home, eat my mother’s cooking, and catch up with the family. Nowadays, I make an effort to cook a meal for my parents whilst I’m visiting, to take the burden off of my mother once in a while. She loves cooking for me and doesn’t feel it’s a burden, but she always appreciates my gesture.

25th December 2016. I have a feeling that I might still get something. I just hope that if I get something, it’s something very small. The important thing is to go with less than I usually do at Christmas. I feel as though Christmas has become bloated — an excuse to be extravagant and excessive, because “that’s what everyone else does.”

There are a few lessons and benefits from this experiment:

1. Social stigma. Although supportive, my family did have their reservations. Would I be missing out on the joy of Christmas? Since it’s only once a year, why could I not take part in exchanging gifts? Going against expectation helps us reflect on how we live. Are we doing things just because everyone else does? Is that a good reason to continue with tradition? Couldn’t we just create our own, unique traditions instead?

2. Temporary deprivation. One of the greatest aspects of minimalism is temporarily depriving yourself of what you’ve become accustomed to having. The aim isn’t to temporarily deprive yourself to save the money you would have otherwise spent (although this is a helpful side effect), but rather to increase your awareness of what you really need. If you find you can live without certain things, then you can consume less. By consuming less, you’ll be reducing your impact on the environment, you’ll gain more time, and you’ll spend less time worried about your possessions. You start to consider what else you can go without, and the cycle of reduced consumption continues. By needing less, you’ll need less money. By needing less money, you could work less and have more time to spend on leisure.

3. Better questions. What other traditions can I reinvent? Could my birthday be the next tradition that becomes about spending time with people instead of receiving gifts? Am I showing my appreciation to my family in other ways through what I do, rather than what I give?

We’re still a few weeks away from Christmas. How would you feel about exchanging no gifts this year? Have you already got a non-gift arrangement with your family and friends? I’d love to hear your stories in the comments!

Maureen is a personal finance enthusiast, blogger, personal finance mentor and DIY-investor. She’s on a mission to get everyone to be on top of their personal finances and feel good about doing so. She writes on productivity and minimalism on her blog, The Life-Life Balance.