Why I Was Still Going Broke After A Salary Bump, & What I Did To Stop It 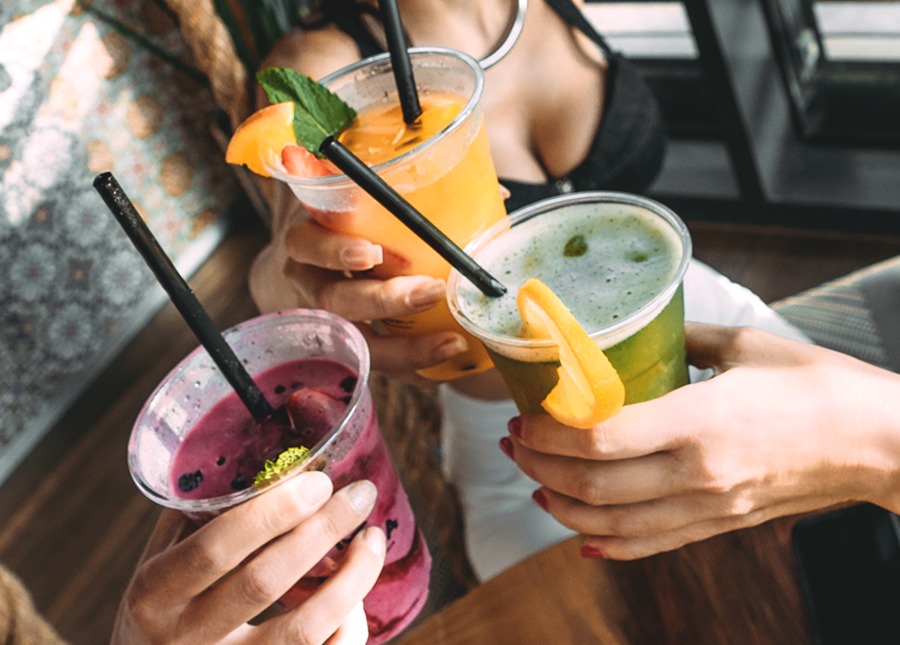 When I decided to leave my full-time job earlier this year, I was incredibly nervous about what the future would hold. While there are countless articles and advice columns online about what it’s like to be self-employed and tactics to navigate that world successfully, venturing out on my own was still terrifying. And a large reason for my nerves around being a freelancer was knowing that it came with a lack of financial stability. With no guaranteed bi-weekly paycheck to rely on from my previous employer, whether I sunk or floated financially ultimately came down to my ability to secure and maintain consistent work.

Thankfully, going freelance turned out to be the best decision I’ve made for my career thus far. A couple of months after being self-employed, I started making more money than I was at my first full-time job. However, it didn’t feel that way for a long time. While my bank account was becoming beefier than before, it depleted more quickly, too.

As my salary increased, so did my sense of entitlement. My splurges became frequent, and my self-restraint diminished. Instead of treating myself to a nice dinner just a couple of times a month, like I’d taught myself to, I’d go out most days of the week. My online shopping habit became more frequent. So, despite having more disposable income, I’d end up scraping by at the end of each month because I constantly overspent beyond what my budget allowed. In fact, following a budget seemed pointless to me, since I was hellbent on getting everything my heart desired — even when it was financially unwise. For most of my life, I was unable to afford certain products and experiences, so now that I could, I didn’t know how to keep myself from spiraling.

I kept up those terrible shopping habits until the unthinkable happened: I ended up with multiple overdrafts in the span of one week and was slapped with numerous bank fees as a result. At that point, lifestyle inflation was getting the best of me and my finances. It finally became clear it was time I started making a concerted effort to rein in my spending. If not then, it would only get worse — as I continue climbing the career ladder and my earning potential increases and I have more income to spend. And who wants to be the broke millionaire living project to project with no cushion to fall back on if an emergency hits?

In an effort to get my act together, I’ve been asking myself the following questions before any and every purchase:

1. Why am I actually buying this?

If my sole purpose for purchasing something is because I think it will make me a cooler version of myself or that people would like me more if I had it, I skip it. Tactile things don’t make me a better person — learning and growing from life experiences do. Once I realized this, I no longer sought validation from what I owned.

Is there anything more maddening than having a closet full of clothes that you never wear? Well, that used to be me — and it was extremely wasteful. Before I hand over my card to a cashier at a store, I always make sure to check in with myself and figure out whether if I’ll actually wear or use what it is that I’m buying multiple times. If the answer is no, I put it back down. If that doesn’t work and I still find myself making excuses for why I need something, I start having an internal dialogue with myself about whether the clothes at hand will add any value to my life. Usually, I discover that they won’t and I was just letting my impulses sway me.

I’m the queen of getting things on sale. Seriously. If there’s something I really want but is a bit pricey, I usually can figure out a way to get a discount on it, whether that’s by using a coupon or waiting until it’s on offer. I also know my way around all of the hottest samples sales in New York City, where I’m based. Most of the time when I pay full price for products, it’s out of sheer laziness because I couldn’t be bothered to go on the hunt to find a way to save money on it. Well, that won’t cut it anymore. It requires more work, but taking the time to scope out good deals will always be a better choice than paying for something full price when I could have gotten it for cheaper or opted for an affordable option.

4. Am I jeopardizing my budget to get this?

This one is especially important. It may feel great in the moment to buy the latest gadget or a new item of clothing that I’ve been eyeing for a while, but if I can’t afford it or haven’t set aside money for it beforehand, I know I’ll eventually end up lamenting about ruining my budget to get it. Whenever I start spending outside of my limitations, I remind myself of what can happen when I take it too far. That way I minimize the possibility of getting overdraft fees and feeling regretful about my purchases.

I’d be lying if I said that I’m now the most frugal, financially savvy shopper there is. I still have lapses of judgment when I spend entirely too much on something that turned out to be a waste. But that happens less frequently now, and I no longer feel the need to keep up with the Joneses, which is a sign that I’m getting better with my money. And that is all I can wish for, honestly.