How Men I Date Respond To My High Salary 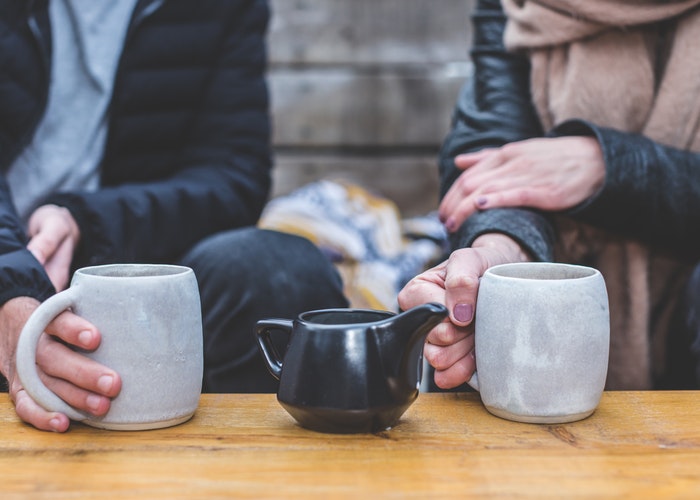 I’m looking for someone ambitious, successful, and goal-driven. It’s a statement I saw hundreds of times swiping on the dating apps. I’ve gone on dozens of dates with lawyers, doctors, investment bankers, consultants, students, and blue-collar workers. What did they all have in common? They were looking for a girl who was career-oriented and ambitious —  at least that’s what their profiles said. In reality, my career success was a turn-off.

I’m an overachiever with a perfectionist complex. I have three degrees and, since 2015, haven’t worked fewer than two jobs at a time. When I first re-entered the dating pool at 27 years old, I vowed to only date men who had a similar career mindset. We would meet for a drink, and if there was a connection, we would have a second round. I always offered to pay for one of the rounds, but more often than not, this was met with, “It’s the man’s job to pay.”

This always presented the opportunity for me to ask if he considered himself a feminist, and if it’s the man’s job to pay, then what is the woman’s job? The responses I’ve gotten are interesting. One date told me, “Of course I’m not a feminist, feminists cause so much drama.” Another said it was a woman’s job to “have dinner on the table when I get home and ask me how my day was.” Another said he wanted someone like his mom, who cooks, cleans, and takes care of the family.

Of course, I didn’t bother to go on a second date with any of these men, but I did expand my dating pool beyond those who had a similar career mindset. It didn’t seem to help. Dates still told me I was too overbearing when I paid for a meal. When I offered someone a ride home from a date, he declined because “men should be the one driving women around.”

Perhaps this is a product of my city. Ottawa is a hub for government workers, up-and-coming technology companies, and consultants. Or perhaps it’s just the men I attract. Either way, I became very disheartened with the dating pool in Ottawa.

During dates, I started to probe and ask more questions to understand men’s mindsets around gender roles and money. On first dates, I started asking how they felt about their earning potential — what they thought about their partner earning more than them. At first, men responded positively, saying they’d be happy if their female partner earned more. When I then asked what that would mean for household responsibilities, the responses were less enthusiastic. One date told me, “You’ve already said you like to cook every day and that cleaning is therapeutic, so why would it change?” To be fair, there were a handful of men who said they had no issue taking on more responsibilities at home and were not threatened by a female partner earning more. But for whatever reason, those relationships fizzled.

I’ve previously written about how my career and overachievement have gotten in the way of my dating life. What I was looking for in a partner was someone who not only understood my ambitions but also had ambitions of their own. I began to seriously question if what I was looking for was too much. Were my expectations of possibly being a breadwinner in a relationship with a similarly driven partner realistic?

I adjusted my dating strategy and started asking potential dates before we met if they were a feminist, what their thoughts were on having high achieving female partners, and what they expected a relationship to look like. I’m sure I’ve scared off quite a few men who found this overbearing, but I also met some who participated in a dialogue about their views and expectations. Though we didn’t always see eye-to-eye, it did generate some optimism about the Ottawa dating pool: there were men comfortable with discussing their relationship expectations right from the start. Some of these men expected the woman to be in a more traditional gender role, some felt more comfortable having a higher earning potential, and some said it didn’t matter. It was refreshing to have such open and honest conversations from the start, even if they did not lead to a relationship.

Recently, I met someone who didn’t hesitate to share his current salary when I asked, but who also responded, “Why would I have a problem with it?” when I asked how he would feel about his partner earning, or potentially earning, more than him. Not only does he willingly cook for me and offer to clean up afterward when I cook, but he simply thanks me when I pay for our meal or coffees. He also does not buy our drinks because “it’s a man’s job” but does so because “it’s his turn”. To any high-achievers out there struggling to find someone who is comfortable with your earning potential and drive, I wish you luck and encourage you to open the dialogue as early as possible. Your time is precious and it shouldn’t be wasted on someone who doesn’t support your goals.