Why You Should Give Up On Being “Healthy” 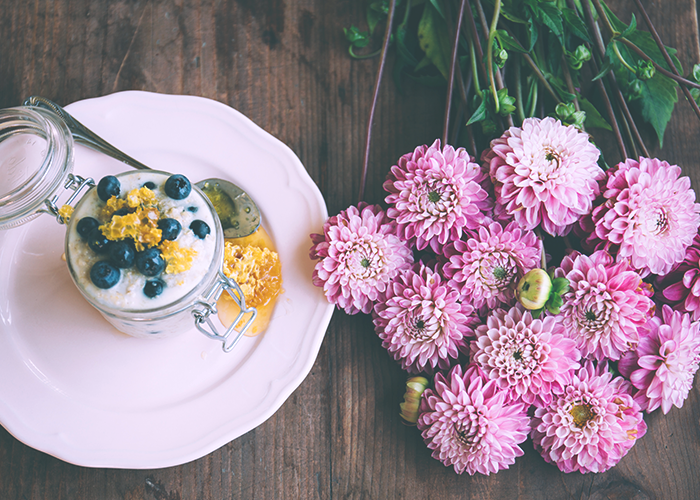 Ask a woman who has been to a restaurant in her life and she’s likely seen someone justify, moralize, or explain away the decision to order a piece of fried food. She’s likely seen someone sneak bites of things, with a combination of shame and pleasure on their face, from someone else’s plate. She’s probably seen them make comments about their diet as they reach for another fry, or talk about how they’ve been eating so much salad lately. She’s probably seen them talk about how they know Diet Coke is sooo bad for them as they order a second one with extra ice. She’s probably been that person herself.

For so many women, in the white noise of magazines and Instagram and summer body tips, being healthy is a personality trait. It’s something you have or don’t, that you must maintain a flawless record for in order to claim, like virginity. For many of us, cutting entire swaths of things out of our diets as a way to gain control over food is viewed as a healthier alternative than the occasional consumption of mozzarella sticks. We are often defined as “free” of things: “gluten-free,” “dairy-free,” “sugar-free.” We reduce and reduce the list of items that fall under the ever-changing umbrella of “healthy,” and construct the foods we crave out of those limited menus. We follow raw vegan cooking channels on YouTube that think something called a dehydrator is a perfectly-reasonable thing to own in order to make cinnamon rolls.

My friend told me, “I’ve ordered Diet Coke at a restaurant and had someone say, ‘You drink that? I thought you were healthy.'” My friend had lost her “healthy” badge in that moment — her title, her crown. The glow around her and her choices dimmed a little bit, and needed to be regained. Maybe she could order a green juice next, and make sure to put a picture of it on Instagram so that everyone knows she is still #healthy.

I used to think this way about money, too. I was Bad with money, I wasted it and hoarded it and feared it and spent it on shit I didn’t even want, because I think I was afraid of keeping it in my hands too long. I spent it because it made me feel like a better, more deserving person, and because it’s fun to be treated the way you’re treated when you’re getting something expensive wrapped up for you at the register in nice tissue paper. There was a time when I truly believed that I’d never have more than 50 dollars in my bank account, and that I’d always be living on a razor’s edge of total and utter failure. There was a time I imagined I’d always end up back on my parents’ couch like a planet on a weak orbit, too low in gravitational pull to get on my own little track.

When I got better with money, it terrified me. I couldn’t let go of the fact that I was Bad with money, and that meant that I was always one stressful workday away from running out to a store I couldn’t afford and swiping my way back into the self-defeat that felt comfortable. Even as I watched my credit score tick up, I refreshed my online checking statement — I now had a checking and a savings account, you see — just to make sure that I still had more than three digits’ worth of money. None of it seemed real, because it was all happening to someone who was Bad with money.

Then, one night, when I was wine tipsy and browsing a store online from the comfort of my studio’s couch/bed, I emptied my cart and clicked out of the browser. “I don’t need that stuff,” I actually said out loud, in the dark. Not even two glasses of rosé could convince me that I needed those cheap sundresses and espadrilles that I would never wear, and I found that the feeling of keeping the money in my account was much more exciting. Yes, even after the rosé, when no one was looking.

And then I thought, maybe I am not Bad with money. Maybe I do Bad things with money sometimes, but they are just things that I do. I can do more or less of them, and I can do more or less of the Good things with money, but I can’t just be one or the other. Habits are not personality types, they are a collection of behaviors, and are just as comprised of little everyday choices as they are of the gnawing thoughts that drive them. I had pushed myself into being less stupid about money not by suddenly becoming a different type of person, but by accumulating many small decisions, and becoming used to the way they felt.

Sure, I fucked up with money after that night, many times. I’ll fuck up with money many times again, I’m sure. But my overall habits are driven by reason and weighing my options and thinking, occasionally, of Future Chelsea. I have not fundamentally changed as a human, I have simply grown, and accepted that I can be imperfect while still erring towards the positive.

I told my friend that she should tell someone to fuck off if they accuse her of not being “healthy” because she is ordering a Diet Coke. (But my friend is much kinder and more wonderful than I am, so she wouldn’t tell someone to fuck off.) But she is not a capital-H Healthy person because she eats or takes pictures of the “good” foods, or runs for so-and-so miles per week. She has healthy habits because she takes care of her body, and is also a good person, and also allows herself to enjoy french fries and pizza and ice-cold Diet Cokes in moderation, and doesn’t torture the table with self-effacing speeches when she does it. She has healthy habits and unhealthy ones, as all of us do, and is not defined by either. She does not need to wear either as a title, just as I do not need to wear Good With Money as a title to prove to anyone that I am.

I can continue to treat each day, and each decision, as a question to be answered and not a strike for or against a title I’m maintaining. I can say that sometimes, yes, it would be Good With Money to invest that extra 10 dollars, but also I want to have a fucking Mister Softee and a bouquet of carnations for my kitchen. And both are good. And both are healthy, in their way. But neither are capital-H Healthy, because that’s not something I am, it’s something I do.

And I am much, much more than the last thing I ate.