How Being A Woman Will Become More Expensive Under Trump 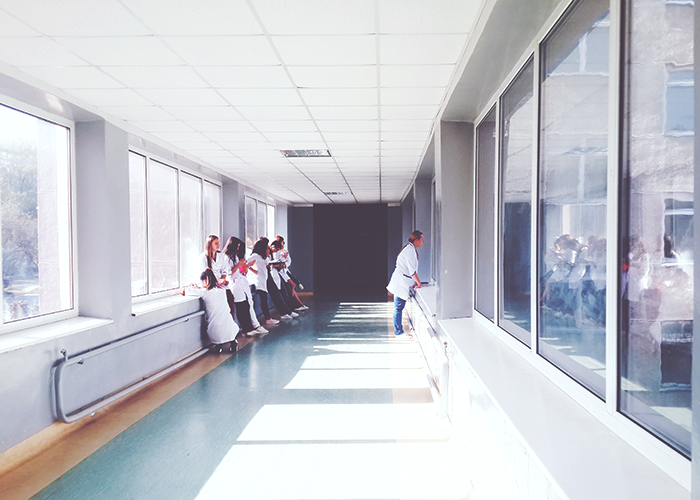 Raise your hand if you’re still freaked out about the next President of the United States. As a self-employed, half Latina woman, I imagine I’ll be freaking out for most of the next four years.

Trump represents a threat to almost every part of my life. He’s made insane and harmful remarks about different groups that I identify with, and he plans on demolishing social plans that are key to me being able to live the life I live. Right now, the biggest concern I have is what Trump will do to my healthcare. I’ve been on a plan from the ACA for the last two years. As a very low-income woman who receives no parental or spousal support, the ACA is critical to my ability to take care of myself.

$167 is steep for my tiny budget, but it’s much better than what health care would cost under Trump. Health Care costs can be especially high for women, who often bear the burden of additional costs like birth control and pap smears.

I want to specifically address reproductive health costs. After it was declared that Trump was elected, I spent a day calling around trying to find a doctor that took my insurance, wasn’t Catholic, and had an opening for me to come in and get an IUD. Trump is no hero of women’s health choices. This is the man who literally said women should be punished for getting abortions, a legal and sometimes medically-necessary procedure.

Under the ACA, birth control and medically-necessary procedures like pap smears are free. They are considered preventative health measures, and therefore should be covered by your insurance payment. Before the ACA, women paid nearly $1 billion more than men in healthcare costs, largely due to being charged for maternity care costs. Since the ACA passed, women have had free access to all FDA-approved contraceptives,  well-woman visits at least once a year, screening for gestational diabetes, counseling and screening for sexually transmitted infections, breastfeeding support, counseling and supplies, and screening and counseling for domestic violence. Under Trump, these services could go away, or come with a high price tag.

After calling six different clinics and spending several hours on the phone with nurses, I found a clinic that would give me an IUD. I went to two appointments there, ended up getting the Nexplanon insertion, and didn’t pay a single dime.

It’s still not clear exactly what Trump’s healthcare plan is, especially as he’s flip-flopped on his feelings on the ACA. However, his own website sets out a list of action items regarding healthcare, and number one is repealing the ACA. The rest of his list includes incredibly vague language like this: “By following free market principles and working together to create sound public policy that will broaden healthcare access, make healthcare more affordable and improve the quality of the care available to all Americans.”

Trump recently picked Tom Price as his Health and Human Services Secretary. Price has been at the forefront of the movement to repeal the ACA. He is also the chairman of the House Budget Committee, and introduced a bill that would repeal and replace the ACA. His plan features tax credits linked to age rather than income, meaning older Americans would catch a break, and younger Americans would not. People with pre-existing conditions would face an uphill battle, getting covered under his plan only if they’ve been continuously covered in the past. He also supports block grants to states for Medicaid costs.

For someone like me, repeal of the ACA is the worst case scenario. The ACA is far from perfect, but it’s easy to use, offers a variety of plans, and doesn’t charge me more for being born with a vagina.

While we don’t exactly know what Trump is going to do to healthcare, it’s a pretty safe bet that fewer people will be covered as thoroughly as they have been under the ACA. If the mandate in the ACA that requires all Americans to have health insurance goes away, health care costs will skyrocket even more than they have in the past. We’re looking at a more expensive future, especially if you’re a woman.

I would bet every dollar I have that I won’t be able to get a free-long term birth control in less than a week under a Trump presidency. I am angry and scared that our president-elect doesn’t take women’s health seriously. Worse, he might even consider women’s health merely an opportunity to make money.

We already know Trump doesn’t respect women. It doesn’t lead to much hope for what he will do to women’s healthcare. If you want to get involved, stay tuned politically to what happens with healthcare in Congress. Call or write a letter to your representatives that says you support the ACA. Support organizations like the National Women’s Law Center or Planned Parenthood, which help keep women safe and healthy.

Kara Perez is the founder of bravely, a new company that connects women and money. She lives to talk money, and for peanut butter straight out of the jar. You can find bravely on Twitter and Instagram.