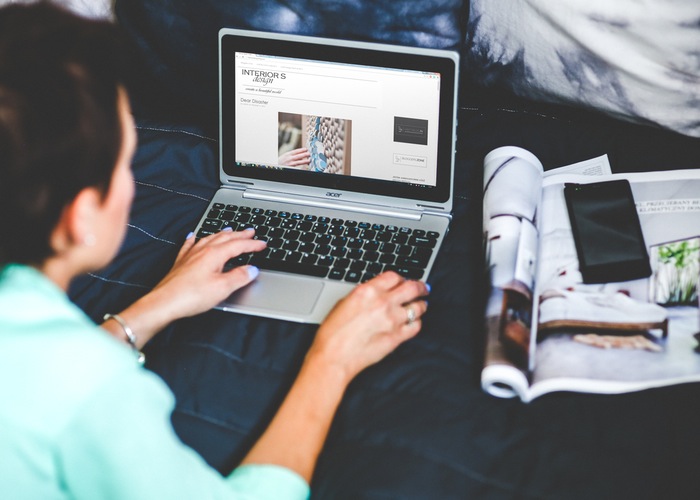 1. Unequal pay for women: ‘I was told that men should make more’

This piece covers “equal pay awakenings,” which are the moments that many professional women learned that the men in their office are making more than them. The wage gap is still extremely prevalent: women still earn about 77-79 cents to a man’s dollar. But reading this brought another phenomenon to light: the fact that some women believe they deserve to be paid less because of what they’ve been taught in the past. This changed the way I look at my personal finances because it causes me to question the paychecks I’ve gotten in the past (and even some of the freelance rates I’ve been offered), and wonder if there is an ‘equal pay awakening’ that I never saw.

The average cost of a wedding runs somewhere between $28,000 and $32,000, currently. I have no idea what I think about spending money on weddings mainly because I’m not at a point in my life where I have to think about it, and I’ve never been someone who plans their ~special day~ on Pinterest in their spare time. But I am someone who is pretty opposed to spending a lot of money on one day — any day. I went to four proms in high school, and borrowed three of the dresses I wore. And the one dress I bought was $20. To see the cold hard breakdown of what you could do with the cash you might spend on a wedding forced me to realize that I’d rather do any of the things on this list than spend that kind of money on a wedding. For me to take something into account in my own financial life, it really helps to see the comparison that this graphic provides.

3. The Minimalist Pixie Dream Girl: Who She Is And Why I Hate Her

I remember reading MPDG on The Financial Diet, before I knew Chelsea and Lauren, and sharing it on my Twitter, and gushing about it to my now-roommate. I’d started reading TFD a while before it was posted, but I remember sending this piece specifically to a bunch of my friends. I think this was the first piece I read that ever broke down the wall of perfection for me, and reminded me how much envy spending exists. I often fall victim to the minimalist pixie dream girls of the blogosphere/of Instagram and wonder why I am not attaining the perfection they effortlessly emulate. This article gave me that answer and cut my need or desire to impulse spend in order to chase a lifestyle that does not actually exist in real life.

4. Think Seriously About Spending For Play

This piece is all about spending responsibly, while still spending for fun. Spending money is something I struggle with more than I’d like to admit. Once I have the money in my checking or savings account, I don’t want to see it go. But I also don’t want to deprive myself of experiences, especially when I know I can afford them thanks to thorough financial planning. This piece takes a new approach to “leisure-time spending” and dissects what leisure spending makes you the happiest, specifically pointing out that sometimes the high-ticket “fun” items, like going on a trip, aren’t what make you the happiest. It also suggests that some “play” requires spontaneity, which to me, is a reminder that saving for unplanned play is a good thing; it allows you to put money aside for fun (that you will actually use), and financially plan for spontaneous fun.

5. Americans Struggle with the Basics of Credit Cards And Score

I wrote about this article a few weeks ago on TFD, and I wanted to include it because it was a piece that truly had information I did not know. While there are heavier concepts I struggle with, I’ve always considered myself to be someone who had a good understanding of the basics. But in this piece dispelling credit card myths, I learned two important (and new) pieces of information: first, we all have multiple credit card scores, not just one. And second, that when you close a credit card account, it can hurt your credit. I’d been considering closing my first credit card account, so I’m now rethinking that.

6. If You Have Savings In Your 20s, You’re Doing Something Wrong (yes, that Elite Daily article)

This really did change the way I looked at personal finance. I had never been so appalled and lost for words at a financial assertion, nor did I know I was capable of such a strong response, until I read this article. This was bullshit. The shittiest of bullshit. And I honestly did not know how strongly I felt about my own money habits (and how proud I was of my savings) until this came out, and I cringed when I read the hate-click inducing words, and saw people agreeing with them. If it was trying to change my mind, it failed, but it did truly reaffirm my money values, so I’m grateful for that. Read Chelsea’s response here.

7. Exactly What I Could’ve Done With All The Money I Spent On Coffee In 2015

When Jenn Bollenbacher submitted this piece to TFD in February, I read it about four times before I posted it, simply because I was hooked. I honestly just find it fascinating. First, she spends about as much on coffee a week as I do; she buys coffee roughly twice a week, which made it simple for me to compare to my own life. But until she did the math out, I had never actually looked at the amount I spend on coffee very closely, because I always think of it as a “work expense” that I can write off. Anyway, looking at the total was eye-opening, but not as eye-opening as seeing what that money could have done if she invested it in Netflix. I have an IRA and understand what my index funds are doing for me, but I do not spend as much time researching specific stocks as I would like to. This piece broke down how certain stocks are currently performing, but packaged the information in an incredibly interesting way.

In my mind, this article is one of the pieces that sparked the I Quit My Job To Travel movement. As someone who quit their job without the guarantee of a better one, articles like this honestly made me incredibly jealous. I quit my job in hopes of finding a job just like the one this woman gave up. I didn’t want to scoop ice cream on island time, I wanted a job I cared about, and it made me upset that this woman (who was on a career path I envied) didn’t want it anymore. I think this changed my perspective because it showed me that even though I want to travel, I don’t want to run around the world making money off my laptop, pursuing a life of  ~adventure~. And hey, that’s great if you want and can afford to do that, and props to you for saving the money. But this helped shape my personal finance views, because I know I wouldn’t want to leave my $95K dream job to travel. AND THAT IS OKAY, TOO. Read the TFD response to this piece here.

9. A Quick Guide To Your Emergency Fund

When I first started saving an emergency fund, I didn’t realize there was a name for it, to be honest. I wanted padding in my savings account in case I ever needed to use it, but I hadn’t heard of the term “rainy day fund” or “emergency fund” before. Honestly, one of the reasons I was really attracted to TFD in the first place was because I was saving to quit my job, and The Financial Diet was a site that didn’t make me feel ridiculous for prioritizing my savings when a lot of my peers weren’t. It was the money-savvy culture I needed in my life. Anyway, I read a few articles on emergency funds (on and off TFD), and I like that this Dave Ramsey piece really spelled it out for me.

10. 29-Year-Old millennial rips 25-Year-Old Yelp employee who got fired after complaining about her salary

Something I have grappled with a lot over the last two and a half years is what I was doing right after college while everyone was moving to the city to find jobs. As I mention about once a month on TFD, I was in my college town, working at a winery, volunteering, and waitressing. I was saving a lot of money, but I wasn’t doing anything to necessarily “further my career” in the conventional sense. I find it really hard to stand up for that path, because it was the right choice for me, emotionally, practically,  and financially. But there is the argument that I would’ve been better off getting a jump start on my career, and I still worry that I fell behind in those months. This piece stuck with me not only because of the actual topic of discussion (the yelp employee’s salary), but even more because of the author’s description of working in a bar in the city to make ends meet. Stephanie, the author, does not glamorize the reality of that job, but she says straight out that it made her a good amount of money. And in some ways, she makes the defense for my first post-grad year that I’ve wanted but felt scared to make.