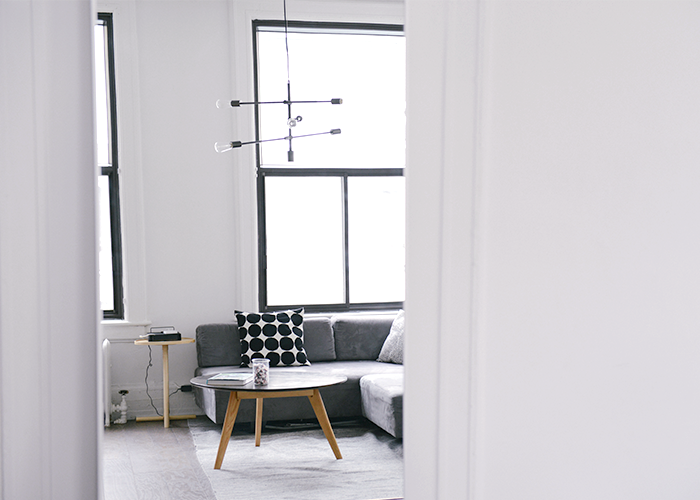 Like most New Yorkers, I’ve grown used to living in a smaller space because square footage is rare, and the idea of having too much of it is virtually non-existent. My apartment is small (just about 400 square feet), which means that every inch has to be functional and serve a purpose. Furniture double as storage units, vertical space is utilized, and vacuum bags condense clothes that aren’t in season. At times, my adjustment to living in a smaller space has been difficult, especially coming from the suburbs of New Jersey where I was used to sprawling out. I’m used to people shopping for knickknacks and tchotchkes to display in their home, which I simply don’t have room for. (Though I have managed to fill up roughly 40% of my already-minuscule counter space with a small cookbook collection, which is just like, lol.) Once, a friend gave me a giant oversized decorative sign that was meant to be put on the floor — I smiled and thanked her, but knew I had absolutely nowhere to put it.

Overall, I’ve come to prefer living in a smaller space. Besides having less surface area, flooring, and walls to clean and maintain, living in a tiny apartment has forced me to declutter my life. While I definitely don’t live a spartan lifestyle, and our home is more cozy and crowded than minimalist, I’ve learned to just say “no” to excess. For example, in my bedroom, there is literally room for a bed and that’s it, which means that all of the typical things that clutter that room — dresser, makeup table, bookshelf, et cetera — are simply unavailable to me. This also means that I’ve had to be more creative in how I’ve stored all the typical bedroom things so they’re out of the way but still usable on a daily basis. For example, we have to stuff pairs of shoes into a little (now dirty) shoe cubby thing, I store my makeup in a bin along with cleaning products, and we have to store our recycling out in the open. My fiancé and I share one tiny closet and we each get twenty hangers to ourselves (!). It’s been a crash course in what I do and don’t need, to say the least.

But even if you have a big space with plenty of room, I think everyone has a certain level of clutter they could definitely stand to get rid of. If we all used a discerning eye to look at the items we surround ourselves with, we could likely identify items we don’t use or need. I’ve read articles about decluttering, cleaning, and paring down one’s home, but it’s easy to let the advice go right over my head. I’m a firm believer that a simplified life means a simplified mind, and that decluttering can boost productivity. And, it’s not only your home that should be simplified — the same goes for your workspace as well. The older I get, the more I realize that that is the kind of environment I want to build for myself. Check out the infographic below of examples of just 10 items that you can afford to get rid of (and stuff I, too, have chucked out in the past few months). 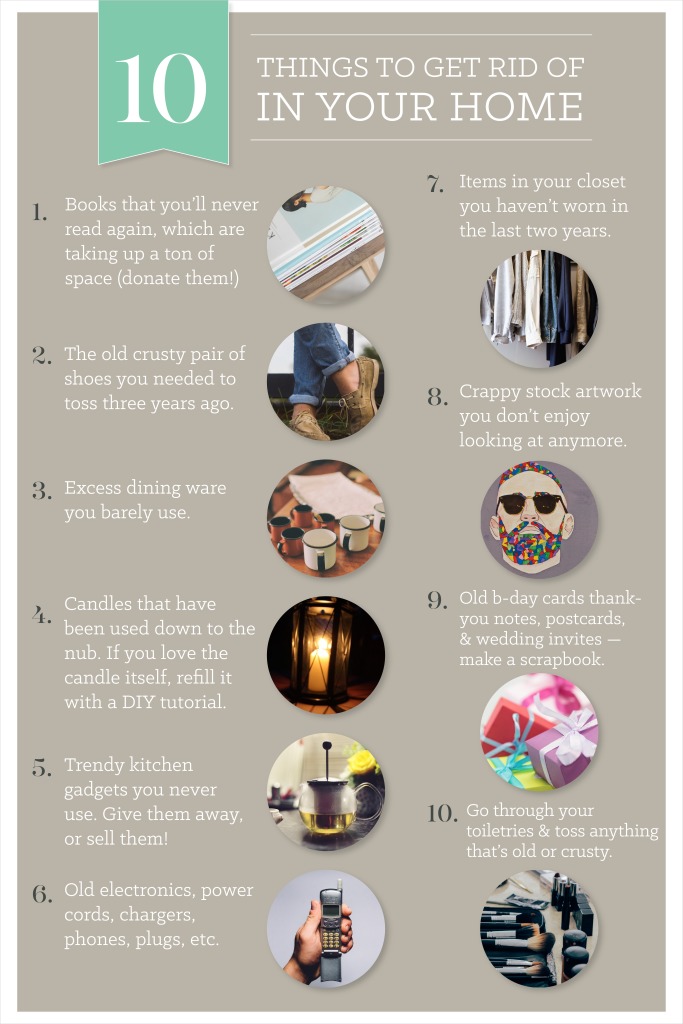 Check out these great ways to declutter/simplify/ and pare down your life in these links below.