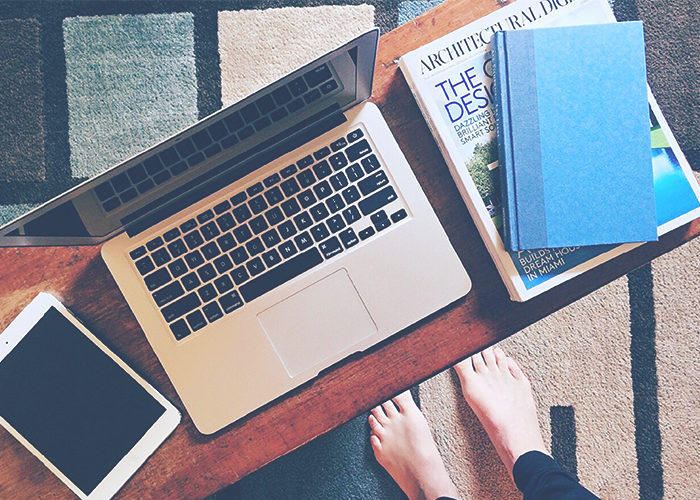 I’m a recent graduate, naturally on the hunt for a job. I’ve spend a great deal of time conducting informational interviews, networking, and figuring what I want in a career along the way. Here are ten things I’ve learned so far in my post-grad job search.

1. Give yourself a schedule, to stay sane. Half of the battle is convincing both yourself and your potential employer that you’re a productive, competent professional. Not everyone can work and stay focused without a structure. Keep the same work-start time each day, dedicate a certain number of hours in advance, and schedule in personal and social time — it’s actually okay to give yourself time off on weekends, especially if there are no new postings that fit what you’re looking for.

2. Don’t discount old contacts. Like really old acquaintances. When I went in to interview for one position I was really excited about, the first thing the manager who was interviewing me brought up was one of my oldest jobs. Apparently, he knew someone I’d worked with at a bakery on a tiny island –- five years ago. My roommate from my very first year of university also worked for the company, and while it’s unlikely that her input would (or morally should) have gotten me the job, you can bet that they asked her what my work ethic was like.

3. You don’t have to be constantly employed to be successful. This one was hard for me to learn, as we often equate “busy” with “productive.” One of my mentors is a project manager with an accounting background, and throughout her career, she has taken several months at a time off between projects. When I asked her about it, she said that she refused to take a contract on if it wasn’t a good fit or the company offered her less than she knew that she was worth. She’s highly sought-after for her work and is frequently head-hunted for other large roles. By being discriminating, she made sure each project improved her resume, rather than just added to it. Which brings me to my next point:

4. No matter how much experience you have, you deserve to advocate for yourself. This one involves a really tricky balance to find, for me, personally. My mentor whom I mentioned above told me that it is acceptable to negotiate your first salary — and if you don’t at least inquire about it, the hiring managers might think that you don’t value yourself highly. This can obviously vary based on the company and industry (i.e., there’s no point in trying to negotiate a government salary), but is a good reminder to be aware when you are putting yourself out on the job market. Do your research on average salaries. If you’re asked to take on a different role than you interviewed for, or the policies seem odd (unethical work practices, being asked to sign a contract without time to review it), you should ask for more information.

5. Employers don’t necessarily want the most impressive candidate; they want the person who’s the best fit. I interviewed for an entry-level account management position with a small business grant consulting company, and while the interview went well, the head interviewer called me two days later with the news that they’d picked another candidate. The reason? I was too ambitious for the role. I’d had more work experience than some of the other candidates, but she recognized that I would have gotten bored in the role without a chance to move up. She was right; nobody wants an unhappy employee. I was floored by her honesty and sharp recognition, and she offered to share my resume with other colleagues.

6. Don’t apply for a position if you can’t see yourself working there. This one sounds obvious, but in the middle of a job search, there’s often the need to apply for “backup” positions. This can be a good strategy, until you have to reach out to your references and detail where and what type of reference you are so politely requesting. It can be detrimental to have to ask for references if you don’t really want to work somewhere — you’re contacting previous employers more frequently, and it can look like you don’t have a focus.

7. Don’t discount side projects. I know I interview better when I talk about projects that I’m genuinely excited about. In a recent interview, I mentioned my online writing and editing for an alumni-run platform, publishing op-eds on international affairs. The interviewers put down their pens, and spent a good half of my interview asking me my thoughts on recent international trade deals. I didn’t wind up getting the position, but I wouldn’t have been able to talk as comfortably in the interview it if I hadn’t spent my summer keeping myself to a writing schedule on those very topics.

8. It may take longer than you want. When I finished my post-grad internship, I told myself I’d be working full-time again somewhere professionally-fulfilling that also furthered my career goals, and was within easy commuting distance, in under a month. HA. You unfortunately can’t control how long contacts will take to get back to you, or how long an employer will take to make a decision. Sometimes very real things get in the way, especially when the department is busy. I had one interview where I assumed I was passed over when I didn’t hear back for a solid two weeks, despite the interviewer saying they wanted someone to start right away. When I sent a check-in email, she explained that they actually hadn’t even decided yet, simply due to being swamped with other work. You aren’t the only thing on the interviewer’s mind, even if the job is the only thing on yours.

9. Sometimes gutsiness can be rewarded. A (polite) cold message on LinkedIn or email isn’t actually a bad thing. I’ve had the most luck reaching out to professionals with referrals, for obvious reasons, but roughly two out of three times, I get a response on cold messages. These were specific inquiries about a certain aspect of their profile, and a concise request to meet for coffee (on me!) to ask them a question. With one previous position I was looking at, I messaged one of the senior managers at the company to ask him if a master’s degree was recommended for the role, and whether he recommended the area as a career. He passed my resume directly to the hiring manager, because “wherewithal and initiative” was something that could serve me well in the work.

10. Know who you are and what you want in your career, or try to know what you don’t want. One of the hardest things to learn is that it’s actually very difficult to job search without knowing who you are, because employers will ask. How are you like to work with? What are your goals? Will you want to leave the company within a year to go back to grad school, or do you want to stay? I was only able to narrow down the type of position I was looking for, and clearly articulate why I was a good fit for a role, when I personally knew why I wanted it. For me, that was a challenge, significant learning experience, and growth opportunity. Now I’m waiting to hear back from a few companies that truly interest me, for positions I’m genuinely excited about — and, since I’m in it for the long haul, it makes a big difference to know that I’m working towards building a career I enjoy.

McKenzie studied international relations and economics in Vancouver. You can find her writing on her The Envoy. She thinks that economics can be applied to almost everything, and that the world needs a kale emoji.