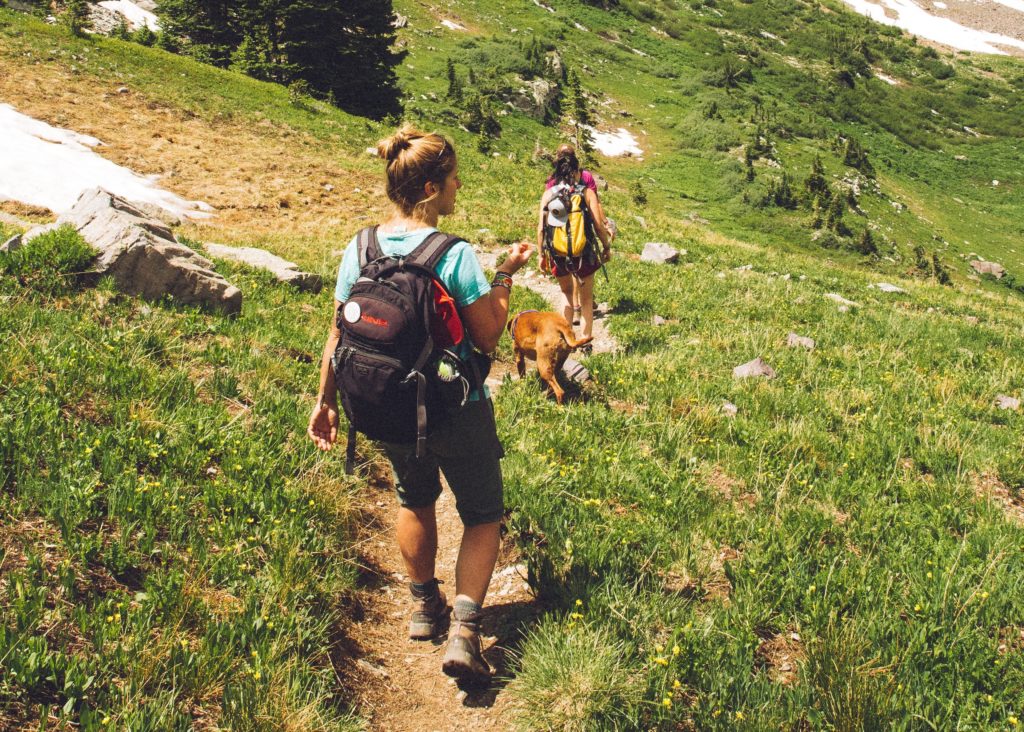 For the past six months, I’ve been exercising more frequently than I have since I was a 15-year-old taking dance class for a dozen or so hours a week. I even put a little pink dot for each day I go to a pilates or step class because a) I’m a goober, and b) it’s incredibly motivating to see you’ve achieved some sort of streak, because you don’t want to break it. After tallying up my dots since January, I can see that I’ve attended about four classes a week on average so far this year.

It’s been difficult for me to pinpoint what exactly got me motivated to start going to more group fitness classes in the first place. An easy explanation is that I simply make more money than I used to, so it’s easier to cover the cost of a gym membership that includes classes than it would have been when I was 22 and broke. But while more budgeting wiggle room means I have more options, I know there are plenty of lower-cost options in the city that I could find (there are yoga studios founded on a pay-what-you-want basis, and the city’s recreation centers offer a fair amount of classes at a pretty low yearly membership cost).

Realistically, I know part of it is because I started off in decent-enough physical shape that the classes didn’t feel so difficult. To me, nothing is less motivating in an exercise environment than feeling like I can’t keep up. It doesn’t matter that I may not look as “fit” as the other people in a class — as long as I can get through each exercise, I have no problem getting through and returning to a class. But when I can’t get through a class being able to do at least some version of everything taught, I start to think, What is even the point? And I get really discouraged from returning. This time around, though, I started off on a slightly better foot: I had been going to yoga about twice a week for a full year. It wasn’t the same as more “difficult” types of exercise (and the vinyasa classes I was attending were decidedly not advanced), but because my body was already used to some regular physical activity, I could tell I was having an easier go of getting used to more rigorous classes.

I’m by no means a fitness expert, but I definitely recommend this semi-strategy of starting with “easier” classes and keeping with them for a good long time before trying something more challenging. I wanted to reach out to others who have managed to successfully adopt a regular fitness routine to see what motivated them in the beginning, before they felt like they were “fit enough” to be at the gym. (And I will say, it sucks that it’s so common for gyms to be discouraging of people who aren’t already considered “in shape,” but I think it’s really common to feel discouraged.) Some of their answers were really practical, while others quite came from a more emotional place — and all could be super useful for many people to hear. Here’s what they had to say:

1. “I started running because I needed to get healthy (per a doctor) and BECAUSE it was essentially free (I already owned shoes). I’m competitive, so adding different milestones motivated me, and then I realized it was a great hobby/oddly social thing (free running clubs!).” – Moira

2. “Ugh, I hate that I have become someone who loves fitness. Classpass is an excellent option, especially for those who do NOT work a 9-5 — as their classes are priced based on availability, and mid-morning/early-afternoon classes often cost 1/2 of rush hour classes!” – Mackenzie

3. “Starting a food Instagram! I didn’t really care about building an audience, just used it to scroll through healthy food + workouts, and then did daily posts/stories to keep myself accountable. Finally lost ~40 lbs after this change.” – Natasha

4. “I found a really great program with Barre3, which has a crazy affordable online program with hundreds of videos. They focus on strengthening the body and mind and have an energy that’s both hyped and calming??” – Jen

5. “My mentor died of a heart attack and then my dad had a serious stroke. I figured, if I can’t control anything that might kill me, it sure as hell wasn’t gonna be developing diabetes or high blood pressure (both run on both sides of my family).” – Yung

6. “I gained my ‘freshman 15’ as a senior in college and wanted to get back to what I was before, so I started running. That turned into half marathons, triathlons, trail running, yoga and strength training. I do not pay for any memberships. Home or being outdoors works for me.” – Megan

7. “What helped me work out more often was to kick diet culture in the metaphorical nads. Exercise is movement. What movement do you find fun and enjoyable? Or that makes you feel that rush of endorphins?” – Vix

8. “Save money on gas/be more sustainable = bike 11 miles to work. I run with my dog to exercise him, not because I love it. Six months in, I’m actually motivated to work out for my mental health and have a group workout I do with folks who live on my block in addition to the cardio.” – Giselle

9. “I track my macros and lift weights! I tried c25k but I’m lagging a lot haha. I’ve lost 20lbs so far. I started a fitness Instagram to hold me accountable, and I track my food with Lifesum and my workouts with the JeFit app! Both are free! I started getting into fitness because I  had an anxiety attack in the middle of the night. I felt like my life was spiraling and I had no control over anything in my life. I felt like my desire to eat was controlling me. So I made a conscious effort to hold myself accountable and start working out! Now I feel the best I’ve felt in a long time! Both physically and mentally!” – Sid

10. “Socialization! I knew exactly zero people when I moved here, and I joined a (free!) trail running group full of experienced ultra marathoners just to make friends. No one cared that I wasn’t in the same kind of shape they were. It was motivating, and I made lots of friends.” – Maggie

11. “I joined a boutique gym which is the only thing that works for me. I like the small and interactive classes. It was 1) to meet people and 2) mental health reasons outweighed the physical. I was miserable and the social interaction helped me bounce back. While not cheap, it paid for itself in the benefits not related to being in shape at all. I am planning on getting a bike now that I live somewhere much more conducive to using it regularly.” – Susan

12. “I love Lifetime Athletic if you have one near you. The entire gym is so inspiring and the teachers are amazing. Also, an outside space helps me and new workout clothes.” – Robin