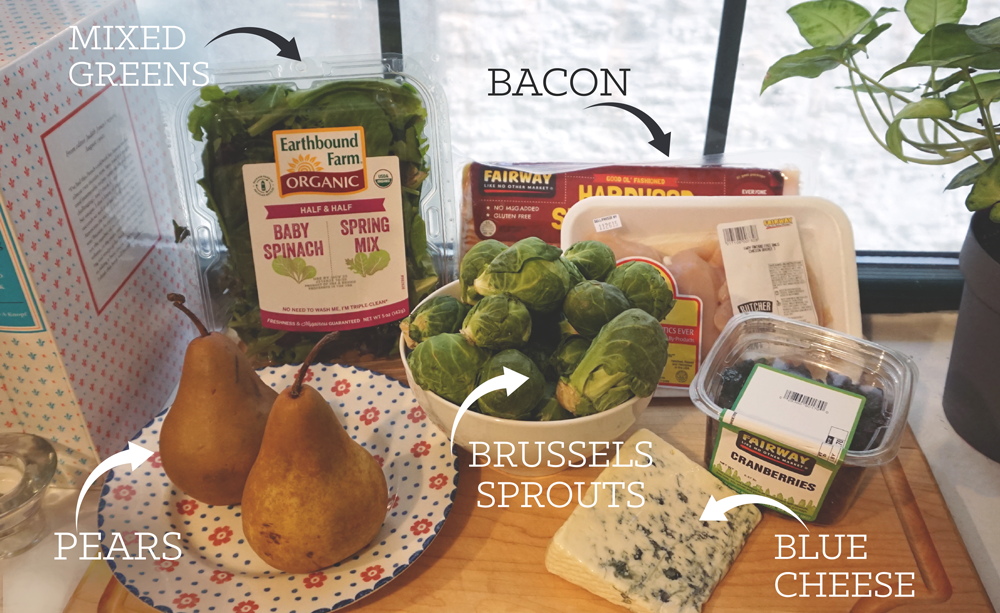 So the time is soon upon us: Friendsgiving (and, of course, Thanksgiving, but we’re going to take Friendsgiving as an opportunity to do something a little less traditional). It’s the time where we’re all expected to break out our most impressive (and transportable) holiday foods, and bring it to the home of a mutual friend, hoping that it doesn’t become the one untouched casserole left on the buffet at the end of the night. And as someone who, last year, hosted a rather elaborate Friendsgiving that went SOMEWHAT off the rails, culinarily, because about 309283508 people decided to bring things that needed to be heated in the oven at the same time, I feel more empowered than ever to make delicious and satisfying salads that are filling, flavorful, and don’t take up valuable heating real estate.

You make these and the worry is over, and what’s more, they both go with the same catch-all vinaigrette that, at the risk of tooting my own horn, is the new favorite dressing of pretty much anyone who tries it. MANY people have asked me to make a jar of it for them, but I’ll just give you the recipe here, because we should all live in a world with this vinaigrette.

As to the haul itself, we decided to do these particular salads because we had a big thing of raw unsalted almonds, and wanted to do something with it. (We ended up making them into easy little bacon candied almonds, which were *Homer Simpson gurgle.*) We found that pretty much everything we needed for two extremely hearty salads cost us just over $25 dollars, and made a total of 10 servings between the two, with a lot of ingredients left over for other things. (We’ll be rolling in bacon, blue cheese, and dried cranberries for the foreseeable future.) The other great thing about these salads is they have like four overlapping ingredients, so they are extremely easy to make in tandem.

Aside from the condiments (things like oil, balsamic, sugar, and other things you should always have on hand), and including the almonds, we worked these two out to about $2.75 per serving. 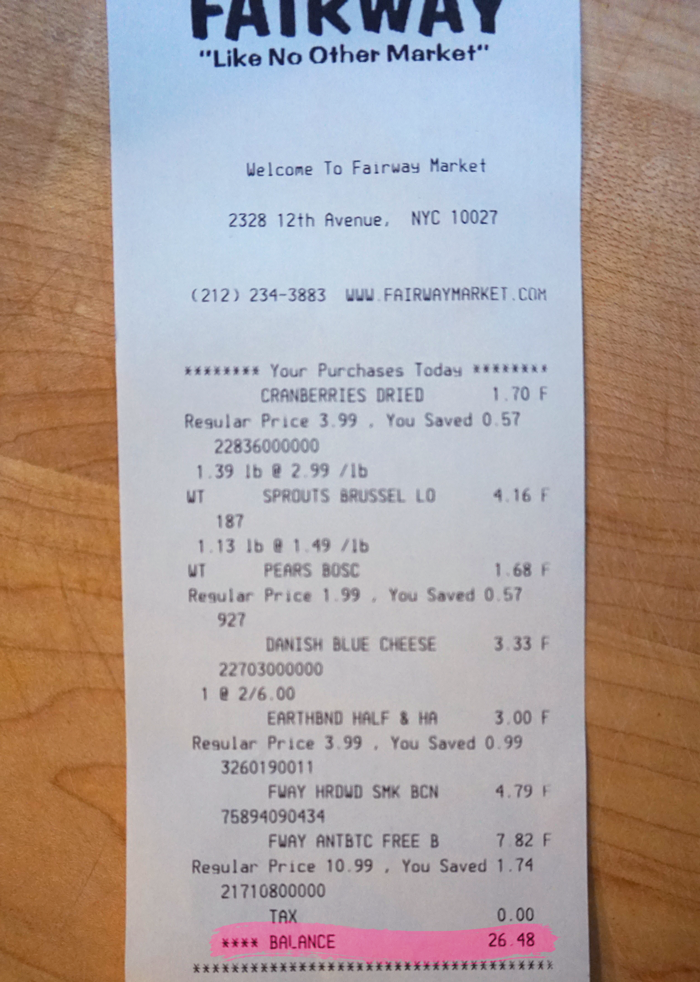 All in all, a pretty great Friendsgiving deal. So, without further ado, two incredible winter salads, starting with the dressing that should be generously spinkled over both: 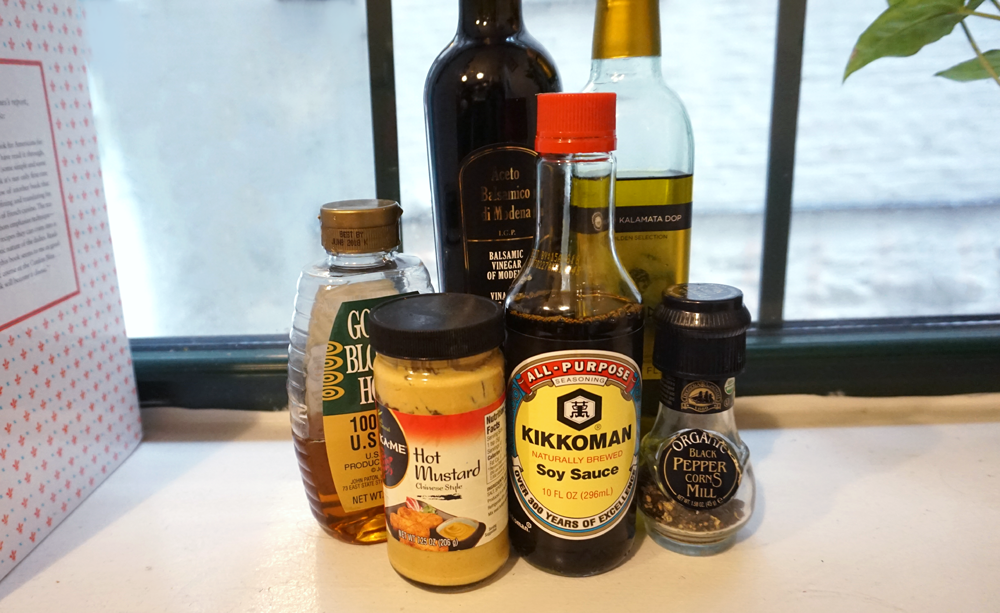 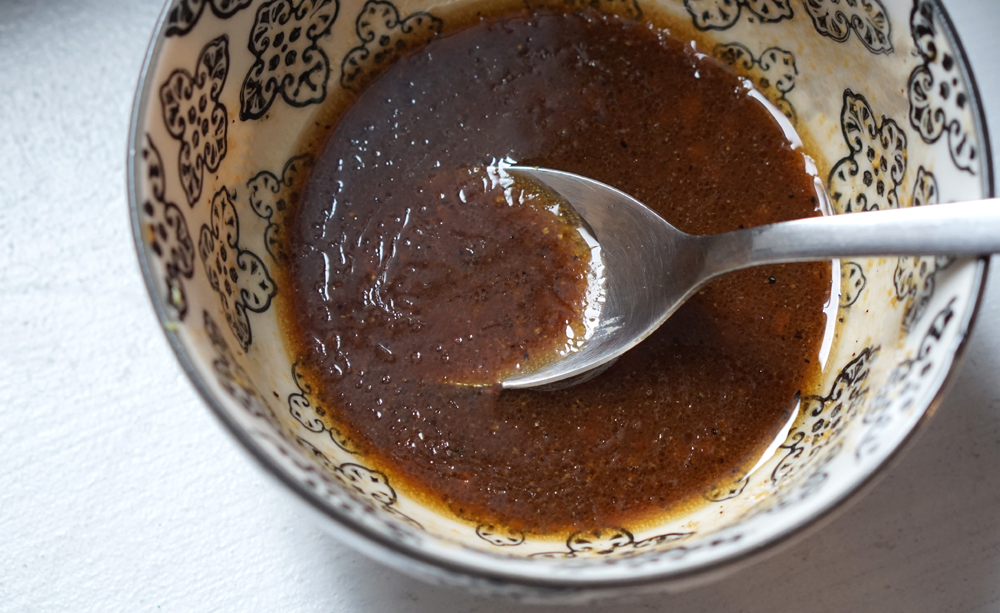 Now, for the salads themselves. First, we have a pretty straightforward winter salad, with all of the incredible ingredients you love so much. 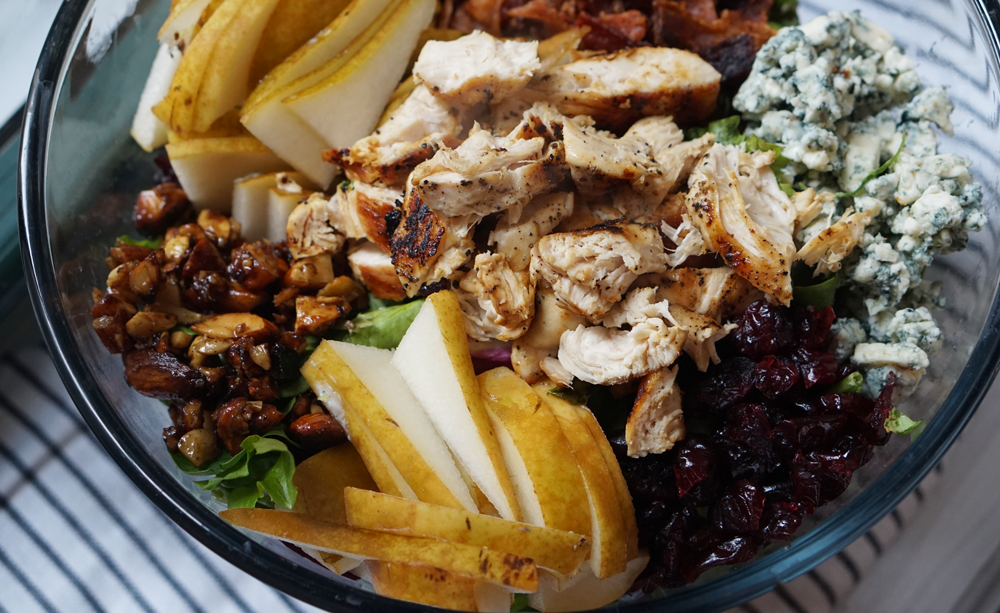 Start by sautéing off your bacon to the desired crispness, set aside. In enough bacon fat to coat the bottom of your pan, add your almonds and brown sugar. Coat them all well and add enough water to slightly cover the almonds, raise the temperature to high, letting it bubble and reduce until the almonds are all perfectly coated and there is no water left. 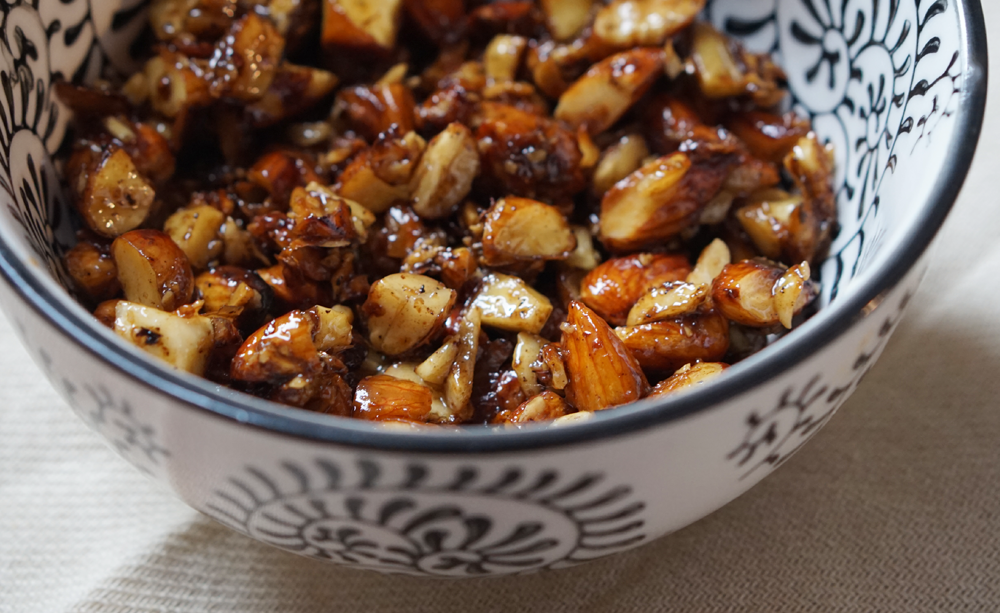 In another pan, coat with olive oil and get it nice and hot. Salt and pepper your chicken breast on each side, then add to the hot oil. Sear the chicken nicely on both sides, reduce the heat to medium, and let them cook through (about 5-10 minutes depending on how thick or thin your breasts are).

Arrange your salad with the crumbled cheese, sliced pear, cranberries, sliced chicken, crumbled bacon, and almonds. Dress with our dressing when you’re ready to eat. 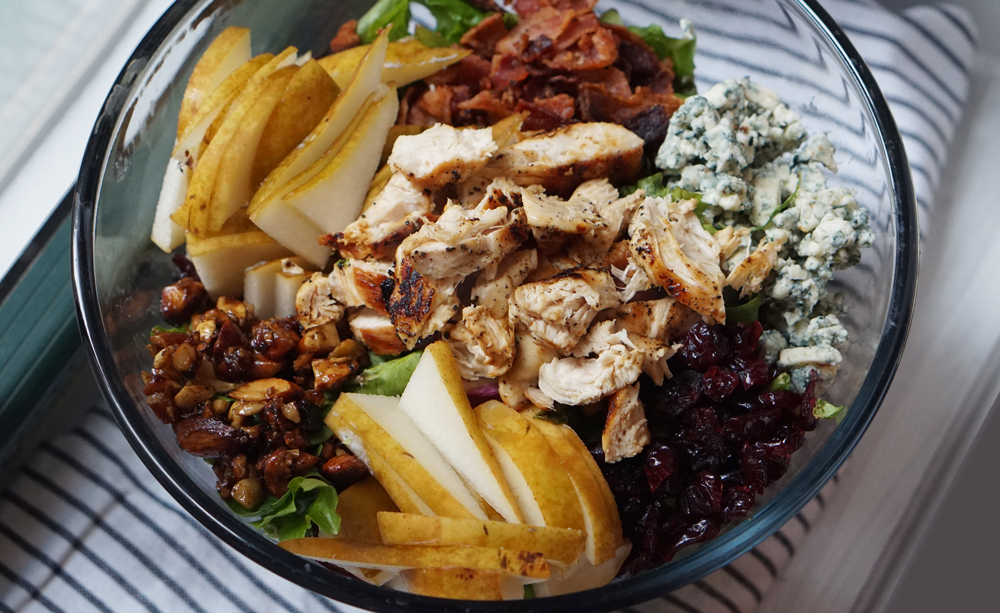 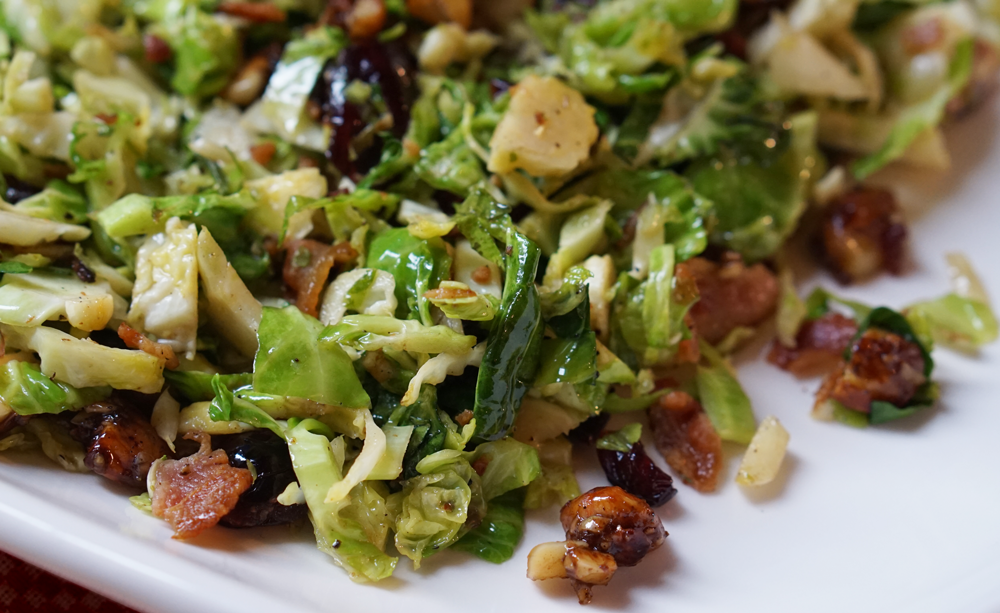 To make this one, simply cook off your bacon to desired crispness and make the bacon-candied nuts as seen above (preserve a little bacon fat for the sprouts themselves). Set aside.

In the pan coated with a very thin layer of the bacon fat (or olive oil if there was none left), add your sprouts, and sauté them for about 4-5 minutes or until they have just softened to your liking. Pepper them, and salt them to your taste (but make sure to taste, because that bacon fat can be salty). Add your crumbled bacon, cranberries, and nuts, stir.

Sprinkle with a dose of the dressing to your taste when ready to serve. 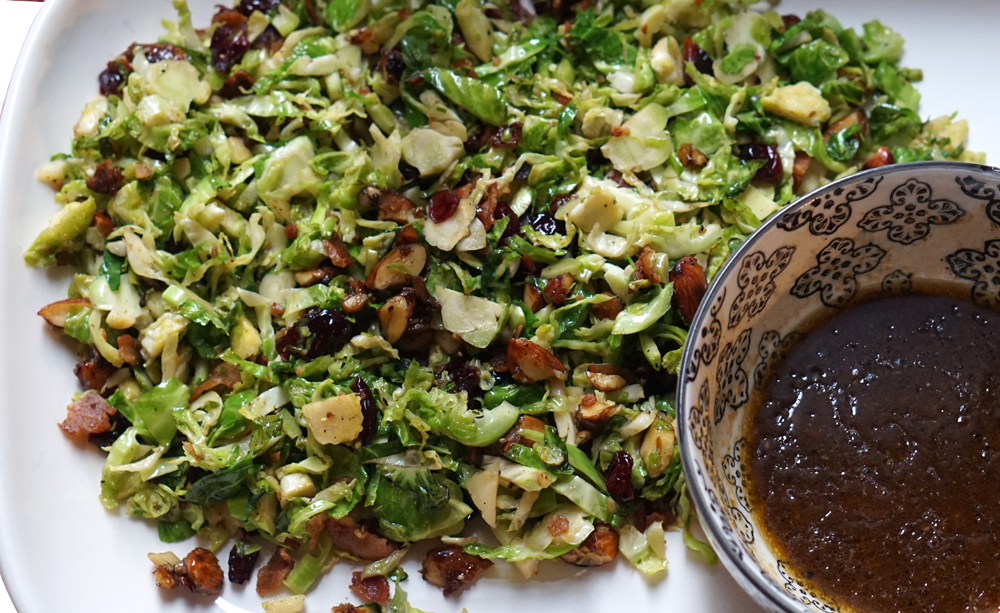 Now get ready to blow people’s minds by having the best, most flavorful dish(es) at your Friendsgiving, and they’re SALADS.