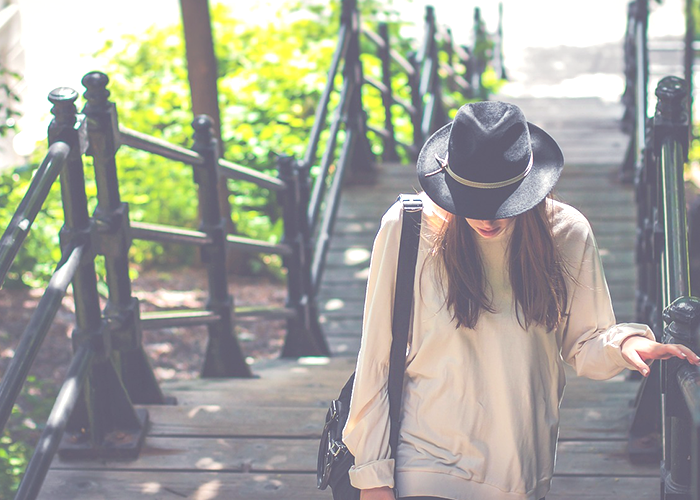 A few weeks ago, I wrote on the justification of my love for beautiful clothing. My very first writing “job” was as an online contributor for a ~tween fashion magazine~, and it sparked a love that I would carry on forever of curating and creating an artful wardrobe. With that being said, there are some things that are truly worth spending a chunk of cash on, clothing wise. In contrast, there are some things I’ve acquired that were sincerely only worthy of spending $6 on and not a penny more. This is not to say that I don’t absolutely adore those cheaper, “lower quality” pieces. It is often noted that when it comes to clothing, quality is the most important factor — and quality usually comes at a higher price point. However, in the interest of not bashing cheap clothing as a whole, I thought it would be interesting to actually look through and figure out where I spent the most on certain clothing items and why, as opposed to the ones I got for dirt cheap, and still genuinely love. The following items are, specifically, the ones I felt were worth spending a little extra money on, versus the ones I decided were never worth investing in. And to preface, I love each piece wholly and equally, as if I spent over 100 bucks on every single one.

: $120
This is a “splurge” item for obvious reasons: boots are a utilitarian item of clothing and need to be practical above all other things. I live in Connecticut, which means 9 out of 12 months each year are spent trudging through feet of snow and slush. If my boots aren’t strong and sturdy with tons of traction, I won’t make it across campus to class without soaking my feet and slipping on ice, let alone on a cold-weather trek with my dogs. Last year, I tried to make it through with a pair of Urban Outfitters boots that cost me probably $15 on sale and let an obscene amount of rain and snow in with each step I took. This year, I decided to spend about $100 on a pair of super-toasty snow boots that had me thanking God during every shitty snow storm. I am a changed woman. No more cheap boots for me.

: $99
Again, as a New England resident, it is important as heck to have functional outerwear. Last season, I was a dumbass and bought a cheap faux leopard fur coat, which looks chic as hell (in addition to looking a little stupid) but doesn’t keep me warm at all. I ended up having to drop some extra dough halfway through winter to get a down coat to, you know, shield my chapped winter skin from the absurdly cold weather. It was actually the best decision I have ever made. Last year, I wore at least three layers of warm junk under my coat and still was never kept as warm as I am when I wear this down coat. It was worth every single penny, and if it doesn’t last me (although I bet it will,) I will buy another.

3. A blue sundress: $85
I tend to spend a decent amount of money on all dresses, even sundresses. I do this mostly because even though they are my preferred clothing item and I have about a thousand of them (and am always acquiring more,) the cheap ones are paper freaking thin and expose my bod to the universe. Mother may I not. I’d rather buy a pricier dress in a thicker material than settle for the $12 H&M see-through rip-offs. I’m not playing games anymore. I have so many in black and white that I shelled out a little extra for a royal blue one two years ago. The material is thick and luxurious, and it is versatile enough to work casually or for dressier events. It also is in a more unexpected color than my traditional neutrals, but still is dark enough to not feel too crazy, so I get a ton of use after it. And it is still holding up after two years! (I can’t say that about a single Forever 21 dress I’ve ever owned.)

: $8
Really, every single pair of sandals I own combined probably cost me less than a single of the above “splurge” items. Sandals are essentially thin pieces of leather (or faux leather) with flimsy straps, whether they cost $90 or $15. They get scuffed and ruined immediately no matter what, so I tend not to put too much money or faith in a single pair. Old Navy does a fine job at making acceptable pairs that last one or two summers for around 20 bucks. But this year I grabbed a pair on sale for $8 and they are actually perfect, and proving to be sturdy enough that I’ve worn them almost every day without issues. That is good enough for me.

: $5
For obvious reasons. I don’t care if I spent $50 on it at J.Crew or $6 on it at Target. It is going to get stained. Probably within the first week I own it. The one in particular I’ve been destroying and replacing regularly cost me under $5 at H&M and doesn’t pill or anything; I only replace it when I make a food-related mistake (which happens more than I care to admit). I’ll never waste much money on these suckers. It is a more of a headache than anything to replace the pricier ones every time I dribble soy sauce down it like a damn child.

3. My favorite jeans: $7
Contrary to very popular belief that all jeans should be pricey, study pairs. I actually totally get that, and it has been mentioned on TFD and elsewhere more than once that jeans were a total “splurge” item for most people. Personally, I find jeans to be tricky. I don’t love wearing jeans. Denim is a super unforgiving fabric, and I like to be gentle to my ~softer~ areas. I prefer cheaper pairs of denim with stretchier, weaker fabrics for that reason. Stores like Primark have solid pairs for $10 or less, (my favorite style of them only costs $7/pair) so it isn’t a big deal to replace them if they get ruined somehow (which, in my experience, has never happened). It also means that I can have them in a bunch of different styles and washes, which (for someone like me, who values options and style a lot) is a huge plus.