3 Rules For Bettering Yourself Without Hating Who You Already Are 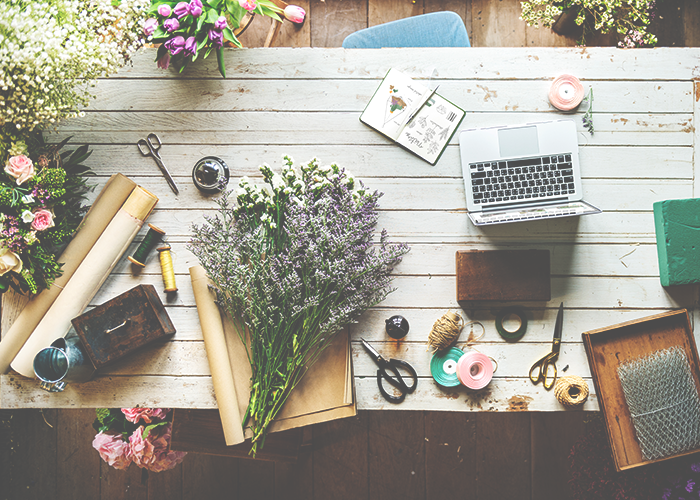 As most (all?) of you know by now, the TFD team has been engaging in some personal challenges for spring, for self-improvement, and also because it gives us something outside of our day-to-day topics to talk about with you guys. Thusfar, my personal challenge has been a bit of a face-plant, mostly due to factors outside of my control, but since its rebooting yesterday, I’m already feeling great about it in a way I wasn’t before. And besides, even if my challenge doesn’t go perfectly, I’m someone who loves doing them. My personality type today is almost unrecognizable from myself even five years ago — I’m a largely disciplined person who is capable of executing sprawling projects and self-motivating, all things that escaped me for most of my life.

I always like to say that personality types are almost inherently double-edge swords, and the things that come easiest to us often come at the expense of something else. For me, I’ve always been a very creative person who can ideate and visualize, but it meant that details constantly eluded me. I didn’t have the discipline or the motivation to see my ideas through. And largely through necessity, I’ve been able to mitigate the two and make my work more sustainable and balanced. As the day-to-day and long-term needs of running TFD have grown, I’ve naturally become a more type-A person. And while I don’t think I’ll ever be the sort of person who pops up at 6 AM to plow through a well-organized to-do list, I have certainly become attentive enough to see through my more creative and ambitious ideas.

Those changes have been natural, though, and not really a result of a concerted effort. And because of that, I haven’t gotten into the kind of vicious cycle that I have experienced in other areas of my life — the sort of cycle that often accompanies personality or habit change. Basically, we often want to change something in ourselves because we don’t like that thing about us, or feel frustrated that we’re not already able to do something. And so our change becomes in part fueled by self-hatred, and marked more by our failures or disappointments than by our achievements.

For example, a few years ago, before I discovered intermittent fasting, I attempted an extremely vague weight-loss and general “healthy-ness” regimen in the form of eating vegan til 6 PM. As I was not at all monitoring my macros or calorie intake, and was not even sure what my reasoning for the diet was other than “I’d read a cool article about it,” I actually gained a little bit of weight, and was constantly fucking up on my consistency. I’m simply not the kind of person who can do any diet that requires elimination of one thing or another, and I was also so generally frustrated with myself “I constantly feel heavy and sluggish because I’m not eating right” that I didn’t specifically consider what it is I needed to change to feel better. Now I know that the answer was “eat the calories and nutrients my body needs every day, in the form that most makes sense with my life, and get moderate amounts of activity in tandem.” But then, all I could feel was a frustration for the person I was at the time, and an unfocused attempt to change everything at once.

Through changing myself in more positive, sustainable ways — both intentionally and as a byproduct of my work — I have come up with a few rules for avoiding that dangerous cycle, and making changes in ourselves without hating the people we currently are.

One of the biggest hurdles we must overcome is our unhealthy reasons for wanting to change in the first place. If you are starting any kind of change with “I don’t like this about myself,” the process is almost guaranteed to be rooted in shame, self-hatred, or chastising. We should not approach any life change as some kind of system of punishments or admonition, but rather as an embracing as the things we love and want more of. It’s not about “I hate that I’m not a morning person, I want to be one of those people who gets up early.” It should be “I like the feeling of having extra, calm time in the morning, and I want to work on having more of it.” The more we are reaching for things we already like, the more we will propel ourselves with positive, healthy reinforcement, instead of berating ourselves over what we are not.

At the end of the day, if the change you are making is not based on improving quality of life, you should question why you are doing it in the first place. Often, we want to make changes because we aspire to them superficially, or think it will look a certain way, or because it feels like an external achievement. I used to pay a huge monthly rate for a fancy gym membership because I thought that it would make me interested in gym-going, and because I thought it aligned with the image of myself I wanted in my head. I used to want a certain kind of wardrobe because I thought that it would make others perceive me in a certain way. I have even made entire professional choices based on their outward appeal, and not because of how they actually made me feel on a day-to-day basis. And long story short, none of those things stuck or worked out for me because they were never based on my actual quality of life, which is the only thing capable of sustaining motivation long-term. If you are not personally feeling the results every day, you are never going to stick with something, and are (more importantly) never going to feel truly fulfilled by it.

3. Share in your goals, so they don’t just exist in your head.

Something I have learned early with TFD — both in talking about money publicly and in working in a partnership, then a small team, is how much easier and better challenges are when you can share them. Not only does sharing our goals with others help us stick to them in practical ways (you’re not going to be tempted with pricey dinners out if you’ve told your friends you’re doing a spending cleanse that month), but it also gets the challenge out of the (often-hostile) confines of your own mind. It’s harder to get in a vicious cycle of berating yourself and feeling not-good-enough if you are making your goals something the people you love can follow along with and even be a part of. And when they share their goals with you, it helps you to realize that no one is alone in wanting to self-improve, or change a bad habit, or do something different with their life.

We often treat self-improvement as this secretive, solitary thing, but life is meant to be lived collectively, and the more we can involve the people who give us strength in anything we’re doing, the less likely we are to be our own worst critic.