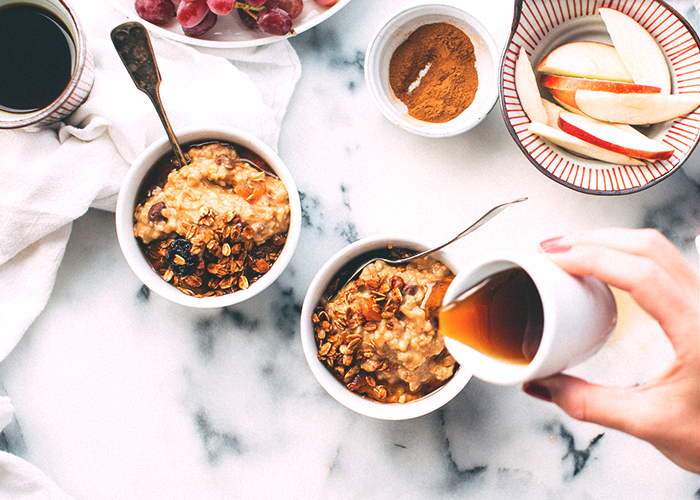 At first, going gluten-free was great. After watching my mom go gluten-free because of a three-month experience on a meal plan, I wanted to try it too. It helped her lose twenty pounds, so I assumed that I would lose weight and lead a healthier lifestyle if I planned my meals on my own. At the end of the summer of 2015, I stopped eating gluten products. Around the same time the next year, I quit. My experience living gluten-free wasn’t as beneficial as I thought it would be, and instead, I was paying unreasonable prices for minimal results. Gluten-free living was supposed to change me for the better, but instead, it just dipped into my wallet. I ended up spending money on three major expenses and constantly re-accommodated my budget to maintain my new lifestyle.

Living a gluten-free life began with changing the types of carbs that I consumed on a daily bases. Once I changed my diet, I often shopped at Whole Foods for alternatives. I would purchase gluten-free pastas, breads and deserts in order to fill the carb gap. I ended up buying boxes and boxes of pasta

because I love to cook Italian dishes, but after a few months, I realized I was wasting a lot of money. The pasta didn’t taste that great to begin with, and went bad within two to three days of being cooked. I would try and cook often, but I found myself throwing out more gluten-free pasta than I could eat.

When it came to buying bread products, I noticed I was paying double the normal price. For a single pack of five frozen gluten-free bagels I would pay $7.99! Desserts were expensive too. Instead of paying $2.50 for a chocolate muffin, I paid double, and it hardly tasted as good as the regular old gluten-y ones. One time on my way to the city, I found a little shop that had a few gluten-free items. I grabbed the first gluten-free brownie I saw, made my purchase and tried it out. I still regret paying for it, to this day. It tasted bitter, and I missed real brownies so much that when my birthday rolled around, I gave myself a week’s worth of “cheat day” moments.

Finding quality makeup products to fit my combination skin had always been a challenge for me, but going gluten-free limited everything from the types of lipstick I could wear to the concealer I used. Everything had to change. Often, I wouldn’t know what to buy, and ended up going without makeup at all. It then turned out that my shampoo and conditioner each had gluten in them, so I switched over to products without it

. Searching for the right products was a hassle, as well as expensive. I did find a few new products that I still use today, but again, they were costly.

3. Lots of supplements and vitamins.

I never needed to have vitamins in my diet before I went gluten-free. But once I cut out certain foods,  I was receiving even less Vitamin B

. I have a low iron count in general, so with this change, I had to turn to vitamins and supplements in order to fill the gap in my nutrition. This was another monthly expense that I wasn’t necessarily expecting to come with my gluten-free lifestyle.

I did see a few improvements with going gluten-free. I lost a noticeable amount of weight, my skin cleared up, and I was aware of the products that I used on a daily bases. After a while, though, everything plateaued; I wasn’t losing any more weight, and my skin remained the same. But this was because I had to cut out most desserts, and the majority of my carb content. I lost weight because I was cutting out high-calorie foods, not specifically because I went gluten free. The only thing that was still changing after a few months was my funds! Going gluten-free practically broke the bank. The extra expense for groceries, the change in products, and the purchase of supplements were three expenses that weren’t worth the trouble.

Instead, I decided to change my lifestyle again. This time, I would focus on eating healthy in general, and cutting out sweets instead of being gluten-free. (I missed real bread, anyway.) I now focus my diet on eating lean proteins, low carbs, and fresh vegetables instead. I enjoy the occasional dessert, too, but mainly I focus on having a well-rounded diet that doesn’t break the bank. My year going gluten-free did instill in me a deep sympathy for people with Celiac disease and autoimmune issues that cause them to remove gluten from their lifestyles out of necessity. Because if I could go back and do it again, I wouldn’t. The expenses aren’t worth it, and it’s something to consider if you are thinking about going gluten-free.

Sara Cheesewright is an avid reader, writer and blogger. She loves to travel, take photos, and sit around sipping coffee while swapping stories with her friends.