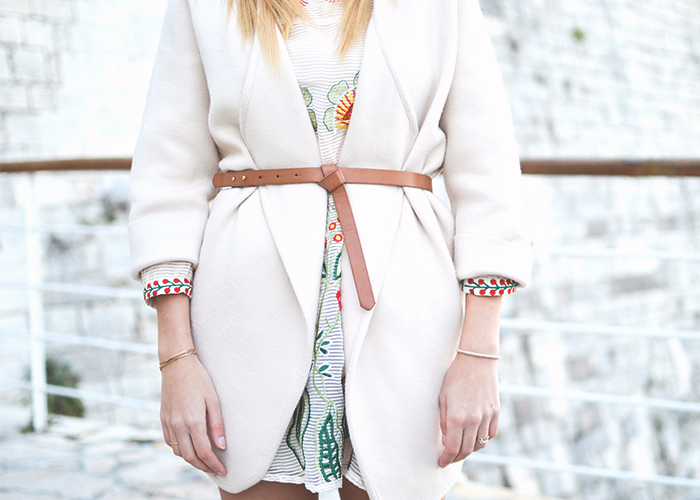 I’ve been wearing the same outfit for nine months.

I’ve written about it before, explaining my thought process and rationale behind choosing to self-impose a “work uniform.”

I covered the fact that I work in a progressive, come-as-you-are work environment, on an all-male team, with pretty open-minded individuals. And I touched on the fact that fashion and “looking cool” have never been things that particularly appealed to me, especially after reading The Life-Changing Magic of Tidying Up

and getting rid of most of my clothes.

But you know what I left out?

It turns out, that’s what people really want to hear about when it comes to a minimalist, work-uniform type approach. They might be all for it, and really interested in trying it out for a wide range of reasons.

It’s a great strategy for…

But the one thing that I hear more than anything — from friends who don’t work with me — is:

“What will people think? Do you think people will think I’m totally weird if I wear the same thing every day?”

So I decided to break down the three things — the only three things! — people at work have said to me about my decision to implement a work uniform. And if you’re already convinced you want to do the same?

Now, I work in tech, where articles about people like Mark Zuckerberg wearing the same thing every day have been making the rounds for years. But even if you don’t work in tech, I think you’ll find that more people have heard of this kind of approach to workday dressing than you think.

Hey, if Barack Obama can choose between a grey suit and a blue suit in the morning, you and I can choose between a white shirt and a grey shirt and four of the same style of black pants. So when I told people at work what I was planning to do — or had just done — this was one of two reactions I got. More people had heard of it than even I imagined, and some even took it so far as to say they had been considering the exact same thing.

That’s not to say that you’re surrounded by people who are all secretly thinking about adopting a work uniform. While there are definitely a few, the most common response I got when the subject came up was some form of “…Why?” Mostly, it was delivered in friendly, inquisitive ways, from people who genuinely wanted to know.

What made you decide to throw out most of your work clothes and limit yourself to a single outfit, day in and day out?
Was the experience of choosing an outfit every day really that bad?
Was there some kind of triggering event that led to this?

Basically, the nice, normal humans you work with on a day-to-day basis might be curious about your decision, but at most they’ll be as curious as they might be if you told everyone you were only eating kale from now on and nothing else. It’s an offbeat choice, sure, but at the very most they’ll be curious for about five minutes. After that, no one wants to hear about your kale diet OR what you wear to work every day.

It turns out that as long as your work uniform consists of an outfit that generally fits the context — i.e. don’t wear a clown suit to work unless you’re working as a clown — no one really cares what you’re wearing.

If you don’t believe me, tell me what your boss wore to the office three days ago. If you can do that, and you don’t work in fashion, I can confidently say you’re the only person who would notice if someone switched to a uniform anyways. No one else in the office cares what you wear, and the only way your uniform is going to be noticed is if it’s way, way outside the norm for your team.

Ballgowns and sweatpants aside, you’ve got this.

So over the course of the past nine months, I can honestly say that those are the only three reactions anyone has had to my work uniform. Literally nothing else has been said to my face, and I have enough close friends on the team that if it was a major problem, someone would have said something by now.

If you’re thinking that not making decisions about what you wear would be pretty sweet, but you’re worried about what people will think, my advice to you is this:

Stop worrying. No one cares what you wear.

I’m living, breathing, still-employed proof that wearing multiples of the exact same outfit will go largely unnoticed by the majority of people, and the people who do notice will at worst be mildly interested.

That’s literally the worst thing that can happen here.

Want to get started with a work “uniform” of your very own? I put together a guide of the questions I wish I had asked before diving into the deep end with my work uniform approach, so you can feel confident wearing the same thing every day to work, too!