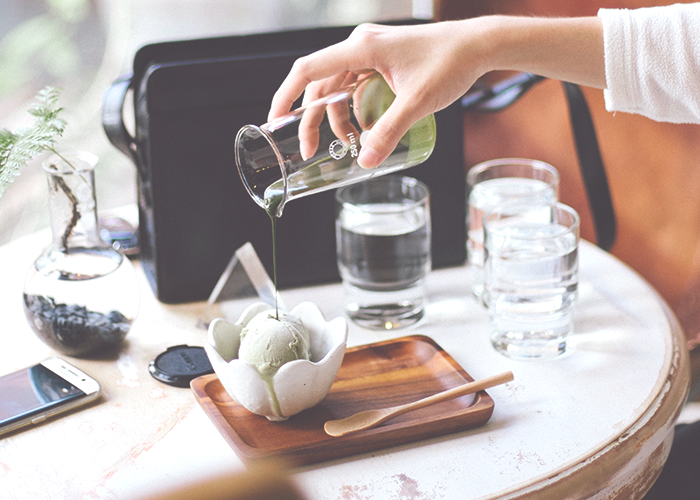 The summer after I graduated from college I was desperate. I wish I would have enjoyed that time more and not been so crazy-motivated to find a job. It was 2012, though. Being a 2008 high school graduate, I had nursed an overwhelming fear throughout college that it was going to take forever to find a job. That summer after I tossed my hat, I was fortunate enough to have a paid internship a few days a week and spent the rest of my time networking and applying to any jobs that I thought sounded halfway interesting.

After several months of looking, I ended up with two job offers at the same time. One was in the entertainment field; it seemed to be a good fit for my interests but paid little (I mean, very little). The other job offer was for a position that the workplace team had literally created for me because they liked me so much (but…I wasn’t that excited about the work). Obviously, being the naive 22-year-old I was, I went for the first position.

To be clear, I don’t regret my decision. My office was a small satellite office whose close, friendly staff felt like a family. I had a wonderful mentor and plenty of role models. I may not have been paid much, but I had a lot of other perks, like being able to see live entertainment for free on a regular basis. However, looking back, I wish there were a few specific things I had taken into account before choosing the entertainment job over the other offer.

Disclaimer: I realize I stayed too long at this satellite office position (which is a whole other story), but my overly-long stay contributed to the lessons I’m about to share. Here are the factors I wish I’d taken into account while weighing my employment options:

1. How long I would have to live with my parents on that tiny salary.

I had to live with my parents for a lot longer than I had anticipated I would as a “working college grad.” I know I was lucky — extremely lucky — to be able to live at home and to have parents who lived close enough to the city for me to be able to commute in to work. However, it was a major blow to my confidence. Living at home made me feel like I wasn’t an “adult” because I couldn’t afford to go off and live on my own and take care of everything myself. In reality, I paid for all of my expenses myself (including insurance, my car, gas, etc.). So, I was actually self-sufficient; I just took years longer to get to the “adult,” independently-living place I thought I would automatically occupy after finding a full-time position.

2. The effect having such a low salary could have on my eligibility for future jobs.

I knew the job I was taking had an unlivable salary for the city I was in. I was really happy for a long time, though. And, in my head, that happiness was more important than how much money I was making. That is, until I wasn’t happy anymore and decided to start looking for a new position. When you are applying for new jobs and have never made much money, it can be intimidating to apply for high-paying positions that you’re genuinely qualified for; it’s mind-boggling, imagining taking on a huge salary jump. A lot of the articles I read about job hunting recommended not talking about or disclosing your current salary. I found that very difficult to do in practice, however, especially in-person. Because of this, I was very concerned that employers would make low-ball offers because my salary base was so low. I was extremely lucky to find a position with a government agency that knew my current salary but did not use it against me when they offered the job. I’m not sure what would have happened if I hadn’t been so lucky.

3. The effect having such a low salary could have on my life and confidence.

I reached a point (a little after my three-year anniversary…told you I stayed too long) where I was unhappy and really struggled with my confidence and self-worth. I was essentially told that I didn’t deserve to make the new minimum wage that was going into effect in the city. I went into my mentor’s office with my manager and cried after I heard the news. It took me six months to find a new job. During my search, I had several anxiety attacks and went through a few different bouts of illness related to the stress. I know this painful period isn’t something I could have necessarily predicted years earlier, when I accepted the job. But, living in a society where “you are what you do (and what you earn)” means that it was very difficult to reach a point where I understood: what I made did not determine my actual worth as a person.

As I said in the beginning, I do not regret my choice. I still have wonderful friends and contacts that I made at that first entertainment job. I still see them regularly, to this day. And money is not everything! When I accepted my new job offer, I did so because the people and work I would be doing were the most important factors of consideration for me. But the thing is — I had a choice between this new job I accepted and another, higher-paying job. I could have chosen the second job that would have paid more and would have allowed me to support myself much sooner. But it didn’t have the same community and sense of purpose.

If you are lucky enough to have this same choice when you graduate — between financial sustainability or professional fulfillment — or even face this choice later on in life, I really hope you consider it carefully. Your job isn’t everything: it might not even be important in the grand scheme of things for you right now. But if you don’t try to think ahead about the financial factors of your job, you might end up somewhere you never wanted to be.

Chloe is a twenty-something marketer and aspiring author who loves nothing more than sunshine and the beach. Which is unfortunate as she is born and raised in Seattle. When she’s not sending our query letters or watching beauty youtube videos, you can find her writing about how to survive your twenties here at The Chloe Diaries.