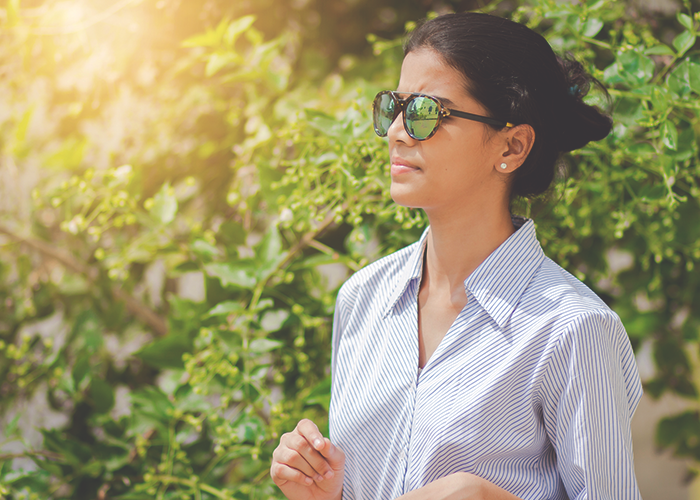 I admit I’m a bit of a hypochondriac. Okay, I’m a total hypochondriac. Luckily, I have a parent who’s a retired nurse and a sister who’s almost a doctor (she graduates next year; we’re all so proud!). They can’t always keep me from worrying that that spot on my nose is the first symptom of bird flu, but over the years they have taught me how not to waste my money on health-related scams. Now I’m here (at least, until the bird flu gets me) to share their tips with you.

1. Detox means nothing (unless you’re drunk, on drugs, or poisoned).

There’s a lot of products out there that claim to “detox” you. The truth is, you can only be detoxed from toxic substances that could poison you, which include alcohol, most drugs, and poisons such as cyanide. Food (even extra-greasy burgers and dayglo orange corn chips) doesn’t qualify. You can certainly make your body healthier by eating better, which is great, but there’s no way to flush out fat, artificial chemicals, etc. once you’ve consumed them. I also believe there is no way to boost your metabolism by going on a “cleanse”; once you start eating solid food again, you’ll put the weight right back on. What can I say, sometimes the truth hurts.

2. Make sure the seller has the right credentials before you buy.

I mean, obviously, you’re not going to buy magic healing crystals from someone with a degree in Angel Therapy. But there are some health scams out there sold by people whose meaningless titles look legitimate at first. A great way to check if the impressive-sounding place someone graduated from is accredited by a recognized accreditation agency or not is to look it up on Credential Watch, which keeps a list of “schools” that aren’t that at all.

You’ll also want to make sure the person’s area of expertise corresponds to what they’re selling. A degree from the Harvard School of Medicine is certainly something to take note of, but if she used it to become a cardiologist and she’s trying to sell pills to boost your brainpower, more than a little skepticism is in order. And please, don’t take the health advice of some celebrity just because he looks hot and you want to know his secrets (spoiler alert: they’re good genes, endless time and money so it doesn’t matter if he wastes some of it on scams, a personal chef and trainer, and the knowledge that his career is riding on his pretty face and ability to turn down dessert).

Of course, if your doctor says you do because of a medical condition, by all means, listen to them. However, if you’re healthy and the only reason you’re buying vitamins is out of a belief that they’ll keep you that way, you should know that (unless you’re reading this from a 17-th century pirate ship) there’s no reason you can’t get your vitamins from regular food and drink, which is much cheaper as well as more convenient. As the medical journal Annals of Internal Medicine memorably titled one of their articles, “Enough Is Enough: Stop Wasting Money on Vitamin and Mineral Supplements.”

Not only do plenty of unhealthy substances come from nature (for example, arsenic), but many natural flavors in food consist of the exact same chemicals as those in artificial flavors, just produced from other foods rather than created directly by mixing chemicals, which makes them more expensive. Do we really need to pay more to have food that’s been flavored by using outdated technology? Honestly, any hope of “natural” meaning “better for you” went away when Frito-Lay started touting their naturally-flavored Cheetos (seriously).

It goes without saying, hopefully, that you should always take your doctor’s advice first and foremost, and I concede I’m not any kind of medical professional. But just as you don’t have to be an accountant to figure out you’re better off turning down that Nigerian prince’s generous offer, there are some health scams we can all learn to avoid. Your wallet (and your body) will thank you for it.

Jane Silver is a freelance writer from Pennsylvania.