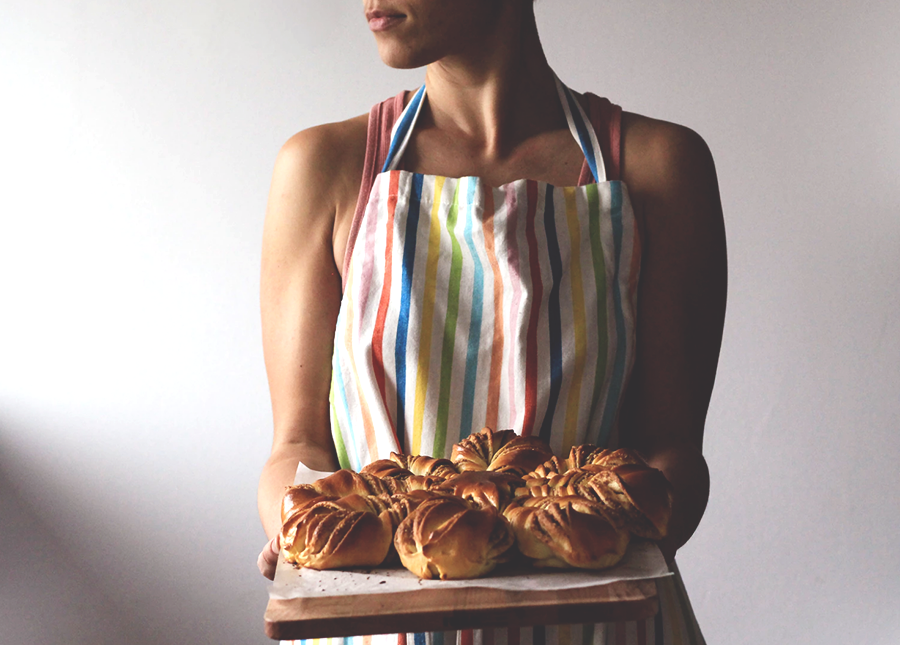 I have a confession: I’m addicted to shopping-grocery shopping.

It’s true. Given the choice, I’d rather spend my time in the aisles of a bakery over a boutique, marveling at the bread instead of trying on clothes. It’s not that I don’t enjoy or appreciate fashion (I do), but I’m more of a seasonal shopper when it comes to my wardrobe. Now, when it comes to groceries, I’m a weekly patron to my local supermarket — and this makes perfect sense to me. I take a lot of pride in cooking my own food and finding the most cost-effective and efficient way to create my favorite recipes, so naturally, I spend a lot of time at the store.

However, grocery spending is the one category on Mint for which I’m consistently over-budget. Sometimes it’s only by a few cents, and other times it’s by as much as $60. For a person like me who is only paid once a month, this is an alarming discrepancy. After all, I might need that money for gas or another unexpected expense. Whenever I think of potentially not having that money because I bought something like another flavored hummus, I feel incredibly disappointed in myself.

Previously, when it came to food spending, I used a “zero-waste” approach to stretch my dollar. And while this has helped by keeping me from losing money on waste, I realize actually sticking to the meal plans I make takes more effort than I once believed. When I’m at home, it’s easy to feel like I’m super frugal and budget-savvy as I type my list on my notes app. But after I’ve walked into a store, only to discover Cadbury eggs on an end cap? Especially when they’re on a post-Easter sale? Yeah, my behavior changes.

One of my favorite TFD posts ever is Phoebe Prentice Terry’s article that talks about controlling our inner toddler — the one that pushes us to spend on wants that we absolutely don’t need. Likewise, I firmly believe making simple-yet-deliberate choices (the way a parent would) can seriously influence the impulses within us for the better. So now, in addition to using a shopping list (as well as Mint), I’ve decided to try other methods to keep me from overspending on food. Some of these tricks may seem a bit silly on the surface, but I can assure you it’s through these small changes that I’ve seen a change in my spending habits, and am proud to say I haven’t broken my budget since.

Do you all remember those shopping spree contests that aired on Nickelodeon from the 90s? No? I’ll fill you in: Basically, on the show, kids were given 30 seconds to fill up a shopping cart with as many toys as they possibly could. Whatever made it in the cart within that time period was theirs to keep, regardless of cost. Amazing, right? Ah, if only shopping could be so simple.

When I first started living on my own, the thought of doing my own grocery shopping excited the hell out of me. A 16-pack of Costco muffins just because I can? I don’t have to beg my mother anymore to get the things I want?! Yes, please! As a result, I developed a seriously bad habit of hitting the grocery store on payday and filling my cart to the brim — much like the kids on those televised shopping sprees. And as you can likely imagine, this is an incredibly wasteful and excessive practice.

Many dietitians tell their clients who are learning portion control to serve their food on smaller plates. This practice conditions a person to seeing a true serving size as a “good” amount of food instead of less than what they expect. I’ve since tried that same strategy when it comes to food shopping — I only buy what can fit in a handheld basket. Since I started doing this, I noticed I’ve been placing more of those unplanned and unnecessary purchases (ahem — Trader Joe’s snack aisle) back on the shelf to make room for the essentials. After all, I am one single person. I don’t need an entire cart’s worth of groceries, no matter what my hungry eyes think.

Look. I know most people associate gift cards with “hard to buy for” people during the holidays, but they’re actually a really handy budget tool to have. As I mentioned earlier, I’m paid monthly, which means sticking to my budget is crucial if I don’t want to run out of food money every four weeks. After carefully monitoring my food spending for 60 days, I decided on a $150 budget each month. Since I do 98% of my food shopping at Trader Joe’s, I bought a gift card for that exact amount there.

Whenever I shopped with a debit or credit card, I consistently “pushed the limit,” thinking to myself, Oh I’m only X amount over. No biggie-I just won’t use Lyft as much this month. And this never, ever worked. However, using a gift card has forced me to stay within my set limit, because there was no wiggle room for me to overspend. Plus, if I’m ever under budget, the money can simply  “roll over” to the next time I go shopping. This prevents me from spending that unused money on something non-grocery related. Now, I realize this strategy only really works for larger supermarkets, but another approach is to load a prepaid debit card (if you’re a farmers market shopper, thankfully many vendors take cards now so this may work for you). It’s a lot like an envelope budget or a cash-only method, but I mean…who wants to carry all that change around, anyway?

Did you know the longer you’ve been in a store, the more likely you are to spend more money than you originally planned? It’s what most people colloquially call the Target effect, but it’s actually a very real phenomenon that’s been proven. You go in for toilet paper, but you leave with three nail polishes, k cups, and fluffy decorative pillow. Why is that? Because you let yourself wander.

Grocery shopping used to be a weekend activity for me, mostly because I didn’t like the evening crowds on weeknights. But this only gave me more time to meander about the aisles, buying avocados because guacamole suddenly sounded so nice, or snatching cookies off end caps. As it turns out, the people who design grocery store layouts know exactly where to place products to catch the casual shopper’s attention. And it works. So in order to avoid temptation, I’ve challenged myself to limit the amount of time I spend in the store. By shopping on days where my schedule is packed, or when I’m in a slight time crunch, I force myself to go in and get only what I need. After all, I can’t stand in the cookie aisle and gawk at the countless varieties of Oreos if I don’t even have enough time to do so.

4. I start from the back of the store near the work my way to the front.

Those marketing geniuses I mentioned? I’m going to talk about them again, because man, are they great at their job. In fact, the layouts of most grocery stores are designed to get people to spend money, even without the flashy sales promotions. Everyday staples like eggs and coffee creamer are almost always placed in the back of the store. This causes customers to go through several aisles before reaching these ingredients, which, in turn, leads to buying unnecessary items.

And you might think, Well, fruits and vegetables aren’t usually in the back. That’s absolutely right. Produce is placed at the front of the store, but that is not because it encourages people to be healthy. Nope — it’s there because it is visually pleasing. And man, is that truer than ever. Heck, I’ve even made an Instagram post about how I find colorful, organized shelves of greens soothing…So yes, supermarket designers, you’re doing your job well. Now whenever I’m shopping, I make a beeline for the back row to pick up my staple items first. And since I’m only using a single basket instead of a massive cart, this causes me to be selective about the extras I buy.

Ever since I adopted the above tips, I’ve had a much easier time sticking to my shopping list. And while my tricks might not be the best option for everyone, I believe they’re simple enough that anyone could give them a try!