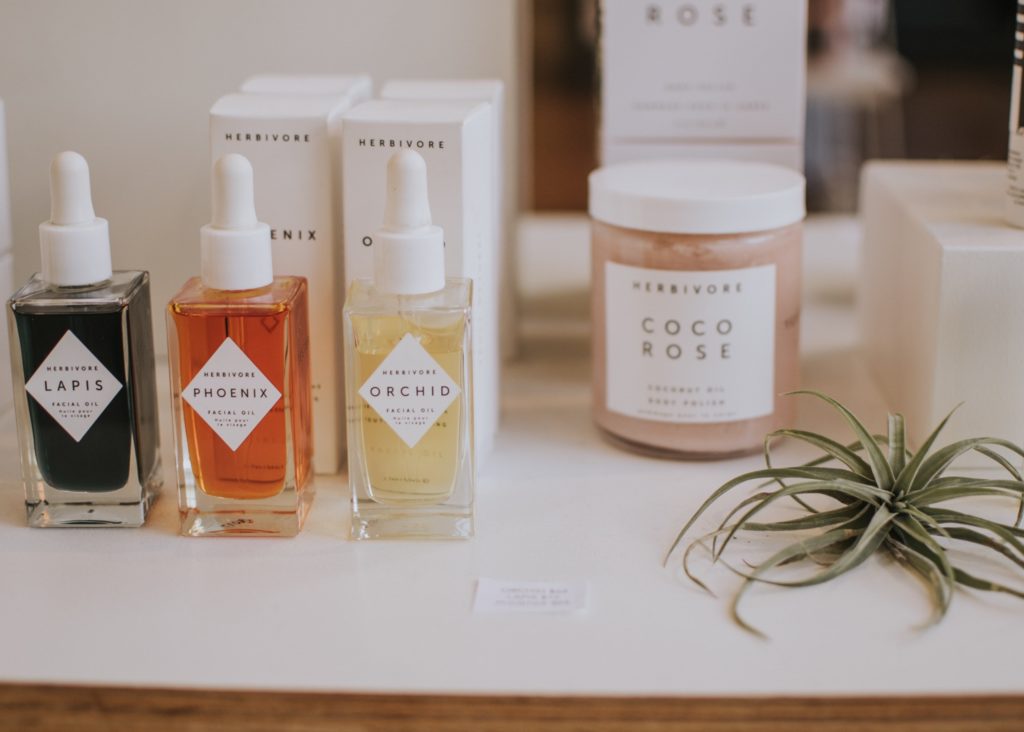 If there is one piece of personal finance advice I’m willing to dole out from my decided stance as a non-expert, it is to focus on creating little habits rather than hoping for some big change to happen. It took me so long to figure out that setting aside little amounts, even just $20 a week or month, would add up much more quickly than waiting around until you had a nice, “round” $1,000 to put into savings. Especially when you’re not earning that much in the first place, those little areas where you can save make the biggest difference when you’re just learning about money — and they help you set up good habits for the future, when you hopefully start earning more.
Until the past year or two, I didn’t consciously realize that health is the same way. I have always had a problem reading about health and fitness topics, because so many “fit” writers and influencers seem to have an all-or-nothing approach: You can’t just eat more vegetables — you have to cut out all sugar and go full paleo. You can’t just take up jogging — you have to train for a marathon. You can’t just stop drinking on weeknights — you have to cut out alcohol altogether.
Admittedly, I have a lot of vices. Half of the appeal of going to the movies is because it’s the only time I let myself indulge in a soda, and almost every weekend, we walk to our favorite bagel shop and I get a giant breakfast sandwich with chipotle cream cheese. I drink semi-regularly and love dessert with my whole heart. I’ve spent many entire days on the couch marathoning a television show. It’s so easy to let these things become my norm if I just let it happen, especially when I live with a person who loves them just as much as I do. And it’s even easier when there is so much in the world telling you that there are only two options: being a Healthy Person and not.

One of the things we stress often here at TFD is the importance of moderation. It’s perfectly okay to spend money on the things you like, as long as you’re taking care of yourself, too, like setting aside an emergency fund and investing in a retirement account. I don’t see myself attempting Whole 30, working out intensely every day, or going all-in and doing a month of sobriety, and it’s because I’ve started thinking of my health the same way. As long as I’m doing the things that are capital-g Good for me, I feel no shame in having a few glasses of wine or a big cookie every now and then. And a big part of this has been learning that the healthy habits I’d been putting off adopting, simply because I knew I’d never be the perfect example of a Healthy Person, are actually not that difficult — or expensive. You don’t have to spend hundreds of hours or dollars a month to become simply a healthier version of who you already are. Here are the small-but-significant habits that I’ve finally (and seamlessly) incorporated into my life.
1. Preventative care, like getting a flu shot every year.
Okay, so pretty much everything on this list counts as preventative care, but I’m going to start with the more “medical” aspect of it. There are certain things that may seem like an annoying amount to spend — like the $200 I spend on an annual cleaning as a person with no dental insurance — but considering you only spend those amounts once a year or so, they are pretty cost-effective. Case in point: get your flu shot. It’s not that hard, and you’re not even doing it just for yourself; you’re also doing it for the elderly people and babies you inevitably come into contact with (regardless if that contact is direct or a we-rode-the-same-subway ordeal). Even if you don’t have insurance (or your insurance somehow doesn’t cover it), getting a flu shot at your friendly neighborhood pharmacy-clinic is usually about $35. And I know there are different camps when it comes to the flu shot. But I have to say, after getting a nasty flu and experiencing a terrible 72 hours my sophomore year of college, getting the shot every year since has been a no-brainer. Taking care to put in the effort for these little annoying things I need to do each year, like your annual physical and dental appointments, means I have greater peace of mind that things are going well the rest of the year.
2. Getting your heart rate up.
I danced growing up, but other than that, I have never been a particularly athletic person. But I’ve also learned that being active doesn’t mean you have to be athletic or super fit. I used to think being active would inevitably require a huge monetary investment, but as long as you’re getting in 30 minutes of moderate intensity activity most days of the week, you’re doing just fine. And as much as I have learned to enjoy going to my twice-weekly barre class, I’ve accepted that my real favorite form of exercise is even easier to accomplish, and it counts as moderate-intensity cardio: walking. I’m lucky that I live in a city where walking many places is feasible. I used to take the subway anywhere even semi out of the way, but ever since I stopped getting an unlimited monthly pass (thanks, work-from-home life!), I walk to wherever I’m going as long as it’s within 30-40 blocks. Of course, walking as transportation isn’t feasible for everyone, but almost anyone can easily work taking more steps into their day. Take the stairs at work instead of the elevator, park farther away from wherever it is you’re going, or maybe even walk a few loops around your office during your lunch hour on days when it’s nice out. (Bonus: it’s free.)
3. Eating less but feeling full.
I have always had a much bigger appetite than I feel like I should. I can’t tell if it’s inherent or due to outside/cultural influences, but I often feel like it’s difficult to feel full. And for some reason — again, perhaps due to the culture I grew up in, but that’s another thought for another post — I have always had it in my head that feeling full is the goal. Instead of buying a bunch of “super foods” or subscribing to a specific diet, I’ve taken to doing what works for me to help me not overeat, which generally includes eating two meals a day rather than three. I’d rather eat a light morning snack, a small-ish lunch, and a big dinner (or on the weekends, a big breakfast and a light dinner) than three smaller meals that feel less-than-satisfying. (I guess this is similar to how Chelsea practices intermittent fasting, though I wouldn’t go so far as to put a name on what/how I eat, and I typically don’t confine it to specific hours of the day.) And credit to my mother for instilling in me the importance of getting a significant amount of protein into every meal, because that makes a huge difference in feeling full. For example, I have learned how to be super creative with things like beans and eggs (and also how freaking easy it is to make leftover veggies into a filling frittata).

4. Practicing active (rather than passive) slowing down.
A lot of people will wax poetic (online, semi-ironically) about how great doing a social media cleanse was for their mental health, and I get it. I can absolutely get sucked into keeping up with the lives of people I barely know and don’t know at all…but I don’t have any desire to take a huge, statement-making break from it all. I just simply trick myself into doing other things, especially during evenings when I have not much else to distract me. Mainly, I leave my phone on vibrate (always) and charge it in the other room — if it’s not near me, I don’t really even think about it. (It also helps that it’s a thousand Apple Years old and loses its charge after six hours.) I’ll spend more time playing board games with my boyfriend or reading a book, which I’ve come to think of as active slowing down. I’ll distance myself from work and the “busy” things I did that day, but rather than passively scrolling through Twitter or playing one of my card game apps, I’ll be doing something a little more productive. I’ve already read more books this January than I did the entire first half of 2017. That’s definitely thanks to this process, and also the fact that I’ve finally given in and decided to only read books that I actually want to read, which so far include memoirs by various women, YA, and a modern-day retelling of Pride & Prejudice (judge me all you want, it was great). And, the more I read, the more I want to read — and all for zero dollars, thanks to the library!
5. Drinking less.
It’s a little embarrassing to admit, but this is something I’ve struggled with. I have never been the biggest party girl, but there have been many weeks in my life where I only went two or three days without alcohol. I finally realized, though, that it’s not even alcohol I’m craving much of the time — sometimes I simply want a non-water beverage. So, as a “treat,” my boyfriend and I will get a giant thing of flavored seltzer, or I’ll make a few quarts of Crystal Light pink lemonade. We’ll drink through all of them in three days, but it’s worth it, because we don’t feel like we’re missing out by not drinking. I do, of course, still drink wine and beer with some regularity (though seemingly not as much as many people in this here Drinking City™), but I find that I now have about two days of not drinking for every day I do drink. It feels much more balanced, but I don’t have to deprive myself of something I really enjoy.