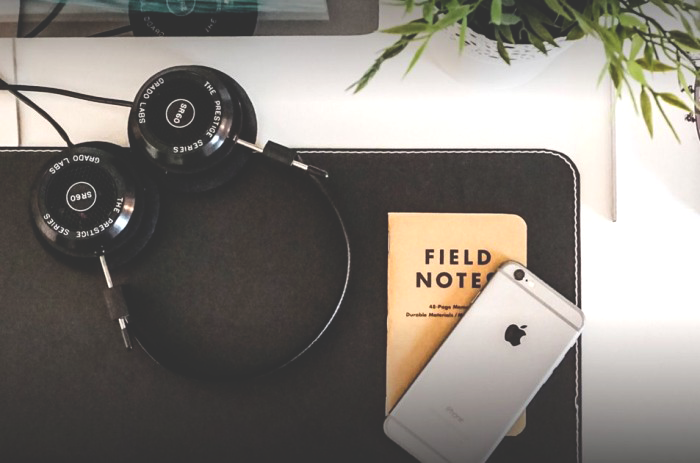 The one thing I’ve been repeatedly told about the future is that there’s a pretty damn good chance I’ll end up working at a job that I never thought I’d have. It seems like a lot of people, millennials in particular, are finding themselves working post-grad jobs that are completely different than what they had their sights set on originally, and often at jobs that have little (or nothing) to do with their degree. But is that always a bad thing?

We’re often reminded of how bleak the job situation is, and scared into believing that it is the ultimate failure to land a job in any area other than the one we majored in. But the truth is, there are a ton of different reasons why post-grads find themselves in careers they never thought they’d get into — and it seems to me that oftentimes, they’re happier for it.

I put my question out to the universe, and ended up getting to talk to five different post-grads who ended up happily working at a job that has absolutely nothing to do with their degree, and nothing to do with the career they thought they’d end up with after school. Here are the five specific ways they each found themselves on their new career path.

1. Networking
“You won’t find out about jobs in an industry unless you know the right people. Networking might just seem like a buzzword, but who you know, in my experience, is just as important, (if not more important) than a formal background in the field you’re trying to enter. I got a degree in one discipline, and because I happened to meet the right person, I got a job in another completely unrelated one — one that’s actually relatively competitive to enter, even for those with a relevant education. Yes, I had to work my way up to the position I wanted, but all the raw work ethic in the world wouldn’t have gotten my foot in the door.” – Brianna

“How I got my job was totally by chance, like how you could meet the love of your life on Tinder. I had just graduated with my degree in Computer Science, which is like, a really easy degree to find a good job with, and I was looking for jobs that I was definitely qualified for and could maybe get. But I happened to run into this man who owned a restaurant in town and was posting that he was looking for people to work in the kitchen, and I’ve always loved food and cooking and just wasn’t even sure how people even got into that. It was just a thing I liked, but I never considered culinary school or restaurant work. But it was summer after graduation and I was like hey, maybe I can see if this guy will really hire someone with no experience in the kitchen at his restaurant — and he did! He taught me all of this amazing stuff, and I have so much experience at this point I think I might actually pursue cooking because it is the thing I’m more passionate about, way more than computer science. I have my whole life to do computers and I have the degree if the cooking thing gets too competitive or if I’m lacking too much formal experience at some point, but I’m having the time of my life.” – Evan

“I got a bachelor’s degree in Social Work, and I think I was just stretching when I made the decision to major in it, because I paid no mind to the fact that you can’t be a social worker without going to graduate school, and I definitely had no interest in grad school; I just wanted a degree in anything to show I was capable of getting a college degree. I think that is all companies want sometimes. So when I graduated, obviously unable to find anything really related to my degree in social work, I ended up applying to work at a preschool. I started out with a really low position just aiding in the classrooms, and ended up working my way up to being in charge of a lot over there, and I realized I was so passionate about children. I might go back to school, maybe to go into education rather than social work though.”  – Elizabeth

“My degree was in English, and post-grad I wasn’t sure exactly what I’d do with it, or if I’d even find something English-degree-related. But during college, I got really into art and graphic design as a hobby. It was nothing more than a hobby, I didn’t even take any classes in it or anything, and never even lightly planned on pursuing it professionally, but there was an ad for some startup that some high school friends of mine were a part of that was looking for someone to design a logo, so I designed one for fun and they ended up using it and hiring me to do all of their design work. It is weird to be doing something so far from what I thought, but I’m happy my hobby turned into something profitable because I like to do it so much.” – Laura

“This is a classic case of ‘I got my degree in art and didn’t end up becoming an artist’. I really wanted to be a painter, but I suppose it is a hard thing to make a living with these days, and I am definitely going to pursue it for my whole life, but I don’t want to be the starving artist who has nothing and just sits inside an empty studio apartment painting all day. I wanted to support myself and find a flexible enough lifestyle that allowed for me to work on my art during my personal time. This is lame but I became a bank teller, which I actually love and never thought I would. The hours are great, it is flexible with days off and stuff, I get good benefits, the people I work with are really nice, and it is one of those jobs where you can really leave work at work once you go home in the evening. It isn’t high-stress or anything, it is just a calm environment. And there is definitely a lot of opportunity to move up with the company eventually, and start making more money, because the money isn’t anything amazing right now, but it is enough. It is kind of fun to live a double-life, like by day I wear office clothes and deal with people’s money, and by night I’m at home painting and living my dream on my own time.” – Kim