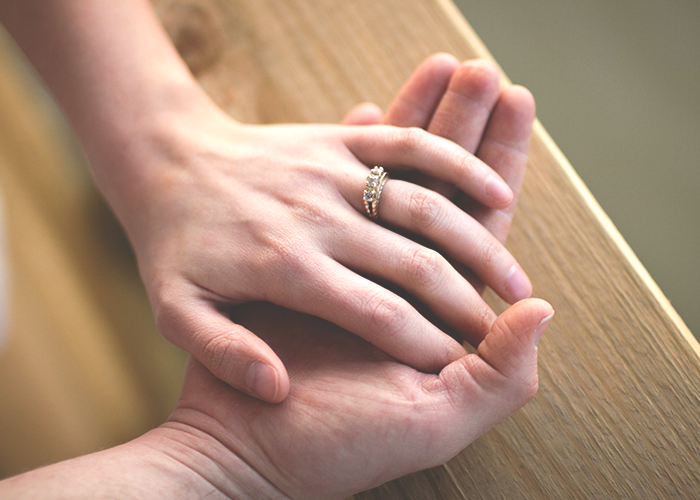 Last night, I watched Ali Wong’s special on Netflix, “Baby Cobra.” Wong is a writer for the ABC show “Fresh Off The Boat;” she’s also a fiercely honest, jubilantly-dirty standup comedian whose views on feminism (specifically, working mothers who advance their careers throughout their childbearing years) differ dramatically from my own. That’s why I’m impressed by Wong’s incisive, unapologetic talent for presenting the argument that women should have “kept their mouths shut” and “played dumb” instead of advocating for equal rights to employment…in a genuinely hilarious way.

Wong pulls all this commentary off — detailing the thrills of anal stimulation, giving a matter-of-fact account of her miscarriage, miming the positions of I’m-ovulating-let’s-conceive sex — while seven months pregnant. “I don’t want to LEAN IN,” she yells at one point; “I want to LIE DOWN.” I laughed out loud. Her repartee to women who are stumping and picketing with the message that women can do everything just as well as men can? “Shut up, bitch! Don’t tell them the secret!” Plenty of feminists would argue that Wong’s stance is regressive; taking into account Wong’s drive (writing for a sitcom on a major network, performing while pregnant), I interpret her comments as ironic, self-aware, and deliberately exaggerated for comedic effect.

So, why am I telling you about this on a personal finance blog? Because Wong’s most striking blows fall during her description of her marital finances. Despite all her hemming and hawing about work, Wong is a comedian who has achieved the glittering, stability-spangled dream of most standups: she landed a TV-writing gig and the six-figure salary that goes with it. She’s held that job throughout the turbulence of fertility treatments, conception, miscarriage, pregnancy, and (now) childbirth.

Wong spends a lot of “Baby Cobra” painting a comically-imbalanced power dynamic in her courtship, engagement, and eventual marriage to her husband. Wong describes him as a sleek, successful, “out of her league” attractive Harvard Business School graduate; she claims that she “trapped his ass” with delayed sex, years of insistence on a proposal, and, once married, a pregnancy.

Many times over, Wong jokes that her interest, investment in, and attachment to her husband is financially-motivated. She packs his lunch every day to “make him dependent” on her; she views those hand-crafted ham sandwiches as “an investment in my financial future.” Wong’s transactional attitude towards marriage is funny, and sometimes bleak; and it may even be how Wong really feels. But after detailing the pragmatic side of her marriage and the unexpected resentments of pregnancy, Wong digs into the details of purchasing a home with her husband. This is where “Baby Cobra” packs a sucker punch:

Two weeks into the escrow process, I discovered that my beautiful, Harvard-educated husband was $70,000 in debt. And me, with my hard-earned TV money, paid it all off. So, as it turns out, he’s the one who trapped me.

Wong decided to pay off her husband’s debt. And the way she tells it, it sounds like her decision was an immediate one; she seems to have paid it off in a lump sum (may we all be so lucky to earn enough from our creative pursuits to knock out five figures of debt in a day). If I were in her position — or even a less lucrative one — I think I’d fall on the same side of the cost-benefit analysis: when you’re hitched, you’re financially entangled, especially when it comes to property purchases and ownership. Your spouse’s debt functions (from a loan and mortgage perspective) as your liability, too.

That’s why I found this Reddit thread a particularly interesting read. CohenX put this query to his fellow personal finance readers:

I have two kids and live in Texas. My wife has a little over $10k in student loans…these loans were incurred before our marriage. She already has poor (at least not good) credit and she doesn’t work, nor do we plan on her working for the foreseeable future. I make enough for our family to live comfortably on my salary. Further, everything we purchase (house, auto, etc.) is in my name, and I have excellent credit and student loans of my own.

What happens if I don’t pay my wife’s loans back? I’d like to focus on repaying my student loans, but hers carry a higher interest rate. Would there be any consequences for my family’s finances or credit (not just my wife) if I were to allow her loans to default?

Community members weighed in on the (admittedly, state-specific) laws that enforce this “what’s yours is mine” ethic of marital finances. Regardless of where you live — in the Lone Star State or elsewhere — these detailed responses serve as an interesting primer for thinking about the legal consequences of marrying into unpaid debt.

1. “Texas is a community property state. A creditor — for debt that [your wife] solely owed before marriage — can sue her and claim half the value of assets that you have acquired during your marriage (i.e., her half of your community property). This means that YOU individually are protected from her previous debts, but your family as a whole is not. If you have put $20,000 in the bank since your marriage, her share of that is $10,000, even if only you earned it. Her creditors can claim that, in the event of a successful verdict against her.” — np20412

2. “They can and will: 1) Take any tax refund you might be owed, 2) Sue your wife and receive a judgment against her, 3) Continue to trash her credit.” — Lost_in_Face

3. “Debts incurred prior to your marriage are only the responsibility of that individual party. However, you live in a common property state, so any money you lend your wife, or any of your combined income you use, will entitle debt collectors to come after your joint assets in the event that your wife defaults on her loans.” — caringexecutive

4. “You are not responsible for the debts that she had before you got married. That being said, student loan debt does not fall off after seven years, so it will always be there on her credit report, and her credit will be in the toilet for the rest of her life. I say just pay it off. You would have to walk a fine line on everything you ever aquire jointly, as they could come after it. You would basically need to live your financial lives completely separately from one another. I mean, if she never works again, and you never put her name on anything, I doubt there’s much a collector can do. But do you want to deal with that stress? It would be better for your marriage if you paid this off and included her in your financial life.” — BuckeyeKMH

All the more reason to have that money talk with your significant other as early as possible, and make sure you know exactly what sort of debt you’re marrying into before you say “I do.”