5 Professional-Approved Tips To Help You Not Suck At Networking 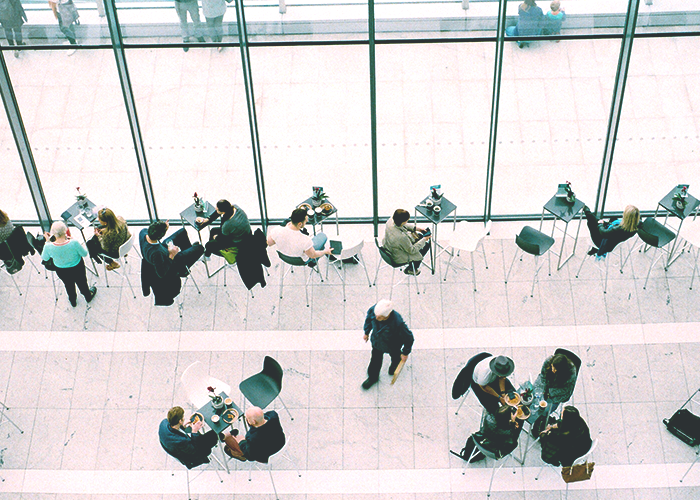 As a young gal who hasn’t quite jumped all the way out of the “school world” and into the “professional world” (and, quite frankly, wonders if she ever will), I was taken off-guard the other day by an unexpected “class trip” to my university’s alumni career event. This networking event hosted by my school gives students an opportunity to speak with alum in many different fields, and is meant to help us make our first few “networking connections” in the field we wish to go into after graduation. I’m pretty confident I’m going to keep writing in some way or another (because let’s be honest, writing for TFD is my favorite thing I’ve ever done with my life), but I went along with my class to the event despite there really being no one there in any field I’m interested in working in.

However, since the TFD-er in me never sleeps, you bet your ass I decided to turn the networking event into a “research for article” event. I inception-ed the heck out of the professionals sitting at every table waiting to network with hopeful students, and asked each of them to give me their best piece of advice on how to be awesome at networking. They all were more than willing to help me out, and gave me some pretty great advice. (Hint: ignoring networking opportunities in favor of writing articles about the people at the events was not one of the tips I got. But you live and learn.)

Here’s what they all had to say.

1. “The single thing that has made the biggest difference in my networking life is to religiously collect the business cards of people I make connections with, and keep them. I keep mine in a binder with those little pages for business cards to go in, but they can really be kept anywhere they can be categorized or organized. And write down little tips about the person on the back of the card, so you have some personal details that you remember when you reach out to them.”

2. “Take advantage of outside-of-family connections that can be made through family. Obviously your family is in your ‘personal network’, but they don’t often have professional connections that you don’t know of. However, they do have personal and professional networks of their own, and within those networks there might be a person who does exactly the thing you do (or what to do) for a living. So ask your family to ask their friends, colleagues, etc.”

3. “Definitely reach out a few times a year to people you have made connection with. Making a connection with someone means nothing if you don’t maintain it in some way and keep yourself in their mind, especially if you think they might be a useful tool for you. You really just need to do enough to keep slightly on their radar. Any excuse to reach out to them is good. This way, if they come across some opportunity you’re qualified for, you’ll be somewhere fresh in their mind and they’ll think ‘Oh, I know someone perfect for that!’”

4. “Don’t pass on making a professional connection with someone who seems to be ‘lower’ than you in the field in some way. If you meet someone who is in the same line of work, regardless of what their position is at the moment, you never know when they’re going to jump up the career ladder or come across some opportunity that they’d be able to send your way. I’ve definitely made the mistake in the past of meeting people at events and not ever following up with them because I thought I was above them professionally, and a few years later I was in the same place and they’d moved up so high that they could have been a really great person to have had in my network. I kick myself for it, and I’d always make sure from now on that you just maintain the connections with as many people as possible. It doesn’t take a lot of work to reach out to someone and thank them for meeting you and talking to you about something.”

5. “Networking opportunities as a student are amazing. Before you actually get out into the professional world, use the fact that you are a student to take advantage of a piece of networking that isn’t available to everyone else: mentoring. It is flattering to have a student take interest in what you do, and ask you to sit down and talk with them and let them pick your brain. It is a lot more innocent sometimes than making a networking connection with a professional in your field, because you basically know they probably want you for something. Which is fine, we all do it. But being approached by a student is nice, because most people are really willing to open up and just talk to them and give them advice, because we know the student isn’t going to turn around in one second and ask for a job, because they have to continue on with school. This doesn’t mean that making a connection as a student isn’t an excellent path to a job, because it is. I’ve had coffee with students who were interested in my field before, and become a mentor to a few, who genuinely just wanted to gain a bigger understanding of what I do because they thought it might interest them. A few years later, when they were qualified for jobs in my line of work, I was able to send opportunities their way and recommend them for things, and I felt really good to because they had formed a relationship with me rather than just seeing me as a tool to get a job.”